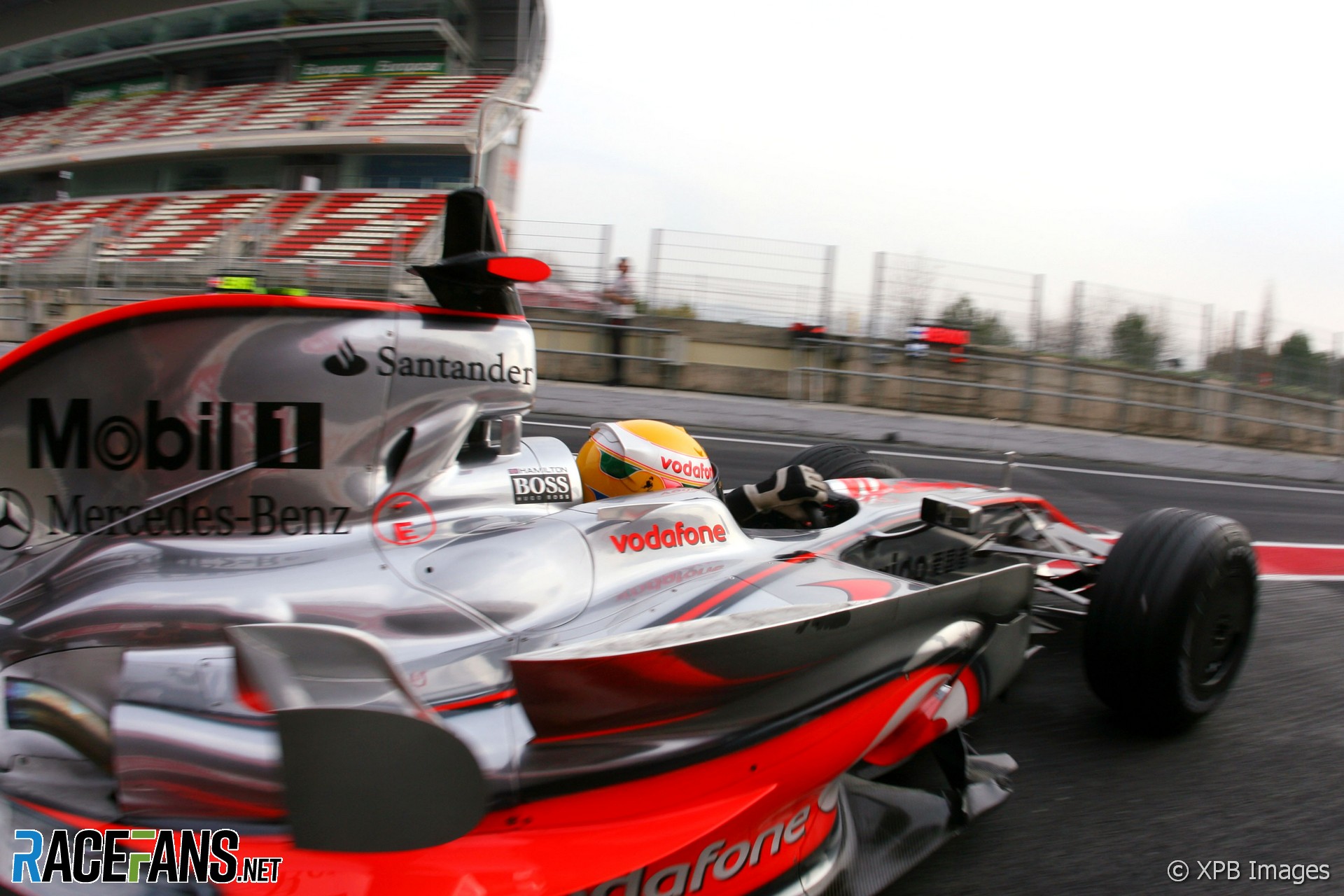 Yesterday I wrote that “I haven’t seen any evidence of a racial motivation” in the attacks Lewis Hamilton has been subjected to in Spain this week.

Today damning evidence of that fact has come in from a number of sources, the worst being of four spectators at the track with blacked-up faces and gorilla masks wearing T-shirts bearing the phrase “Hamilton’s family”.

It is now indisputably clear that Hamilton’s skin colour is a point of objection for a despicable minority.

The time has come for everyone involved in Formula 1, be they fans, drivers, team personnel or the sports’ governing body, to take firm action against this group and ensure they are kept out of F1 races, tests and other events.

Other sports have spent years trying to purge the racist element from their grandstands. There has to be an immediate reaction against this alarming new development.

It goes without saying that the sports’ governing body must show it is taking this seriously. And I would suggest this a good moment for Fernando Alonso to step forward and remind some of his countrymen that professional rivalry is one thing, but racism is indefensible.

Tomorrow every British newspaper and many international ones will carry pictures of the kinds of vile behaviour that many of us thought only happened at football matches. Questions will be asked about why the Circuit de Catalunya owners did not throw these people out of the venue.

A swift denunciation and strong action from the sport must follow. Formula 1 cannot allow itself to be tinged by accusations of racism.

Update at 11:57, 4/2/08 – Britain’s biggest selling newspaper put the story on their front page today. Meanwhile the FIA has asked Spain motor racing body, the Real Federacion Espanola de Automovilismo (RFEA), to submit an explanation of how they plan to prevent a repeat.

They will have to work quickly as several teams including McLaren are testing in Jerez from Tuesday next week. The two races to be held in Spain this year in Barcelona and Valencia may be under threat.

The Federation wants to show its absolute repulse at these incomprehensible events, as well as showing its support to the McLaren team and especially to their driver Lewis Hamilton. Car racing is a sport where events that divert from cordiality between fans and drivers and teams will not be allowed. These kind of madmen who confuse sporting rivalry with violence must know that the Federation will have no tolerance with them.

The RFEA wants to make clear that the protagonists of this event were a very small group that doesn’t represent the thousands of people who enjoy this sport in a fun and cordial way. The RFEA also wants to highlight the speed at which the Circuit officials removed the offensive banners and the trouble markers from the stands. The governing body has asked the circuits to increase their preventive measures to avoid this kind of incidents in the future.

We strongly support the FIA’s position with regards to fighting against all racial, political or religious discrimination in motor sport. The Circuit de Catalunya will not allow even the smallest incident to repeat itself within its facilities, and new measures are currently being taken into consideration in addition to those implemented during the latest sessions.

These measures have been studied with the support of the Catalan Police and the Circuit’s security services, and they will be reinforced in the upcoming tests sessions and at the Gran Premio de Espana Telefonica de Formula 1. In case of sanctions, the Circuit de Catalunya may consider the possibility of taking legal actions against those who caused the incidents, regardless of the magnitude.

The Circuit de Catalunya will officially state its position to the FIA, the Real Federacion Espanola de Automovilismo and the rest of circuits in Spain, with special interest for those who also host Formula 1 tests.

More on racism in F1

86 comments on “F1 must take a stand against racism”