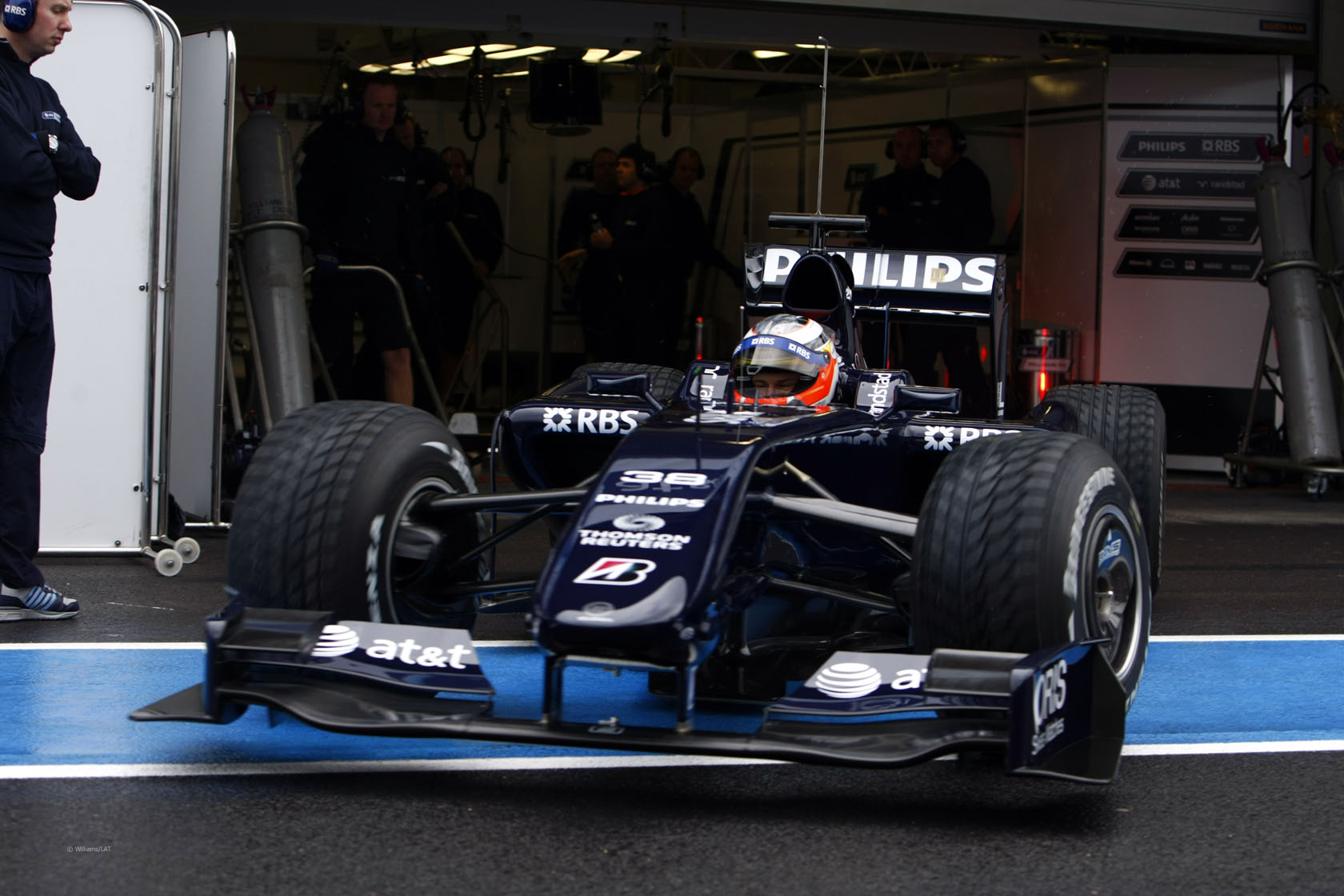 The FW31 has been presented in an interim livery. Its final paint scheme for the 2009 F1 season will be revealed next month. Pictures of the new Williams below.

Drivers Nico Rosberg and Kazuki Nakajima have spent their entire F1 careers with Williams. This is Rosberg’s fourth full season and Nakajima’s second. Nico Hulkenberg is driving the car today.