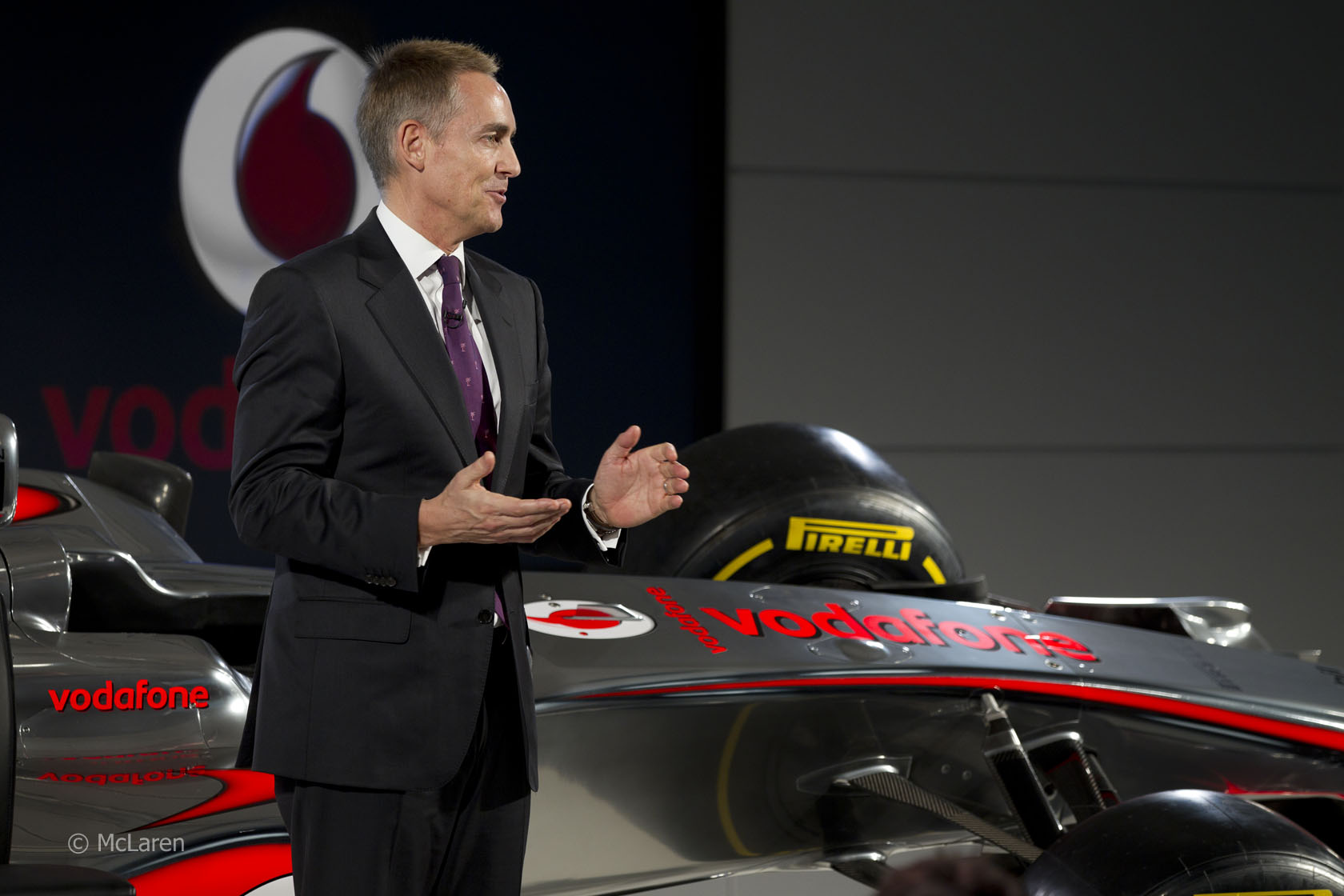 Martin Whitmarsh said F1 must strive to keep up the action-packed racing it has produced in recent years.

Speaking at the launch of the McLaren MP4-27, Whitmarsh said: “For a few years I think people were a little bit worried.

“They recognised that Formula 1 is the pinnacle of motor sport: it’s the most technically advanced, has the best drivers in the world, the best teams.

“But they were a little bit concerned about the spectacle and the show. I think the last two seasons have been full of drama, fantastic overtaking, great races, and just a great television spectacle.

“We can always make it better – the sport sometimes is a little bit inward-looking, a bit introverted, it doesn’t always do the best job of promoting itself. We’ve got perhaps too much cynicism in a our sport because Formula 1 and soccer are the only true world sports.

“And we can make the sport a lot bigger and a lot better. It’s sometimes a challenge for teams to work together as we know – we’re trying to compete and trying to beat each other on Sunday afternoon. But we’re learning slowly – not quite as quickly as everybody would like!”

Asked if the sport was too reliant on “artificial” devices to increase overtaking, Whitmarsh said: “We often within the sport view it from a very purists’ perspective: we don’t like artificial elements. It’s the same argument for people who don’t like DRS. And I can understand and respect that.”

“But I think we have to accept that we are in the entertainment business, we have to make the show.”

Whitmarsh suggested the reduction in the performance gap between the tyre compounds offered by Pirelli may affect the quality of racing negatively: “The probability is that the gap between them will be narrowed. Purists will prefer it – I wonder, though, whether it will be to the detriment of the show.”

He urged the sport to make a success of its return to the USA ahead of the forthcoming race at the Circuit of the Americas in November: “I think of all the teams believe it’s very important.

“We’ve got to make a success of it this time. We know that our time in America has been spasmodic and unsuccessful. We treat it almost as a new market.

“But actually there’s a huge interest in Formula 1 that’s untapped in the United States. We’ve got to work hard and what we’ve got to accept is America doesn’t need Formula 1, we need it more than it needs us. So I think the onus has to be on the teams, the promoter, and the commercial rights holder, to work hard and ensure that we educate, we promote, we develop the interest, and we reach out in America.

“We’ve got to work harder than at perhaps for a Grand Prix in Europe or Asia or South America where there is a ready interest, a ready uptake. We’ve got a real challenge. But it’s important to our commercial partners, the States is a rather big market for any multinational company.

“As I mentioned earlier there are only two world sports – soccer and Formula 1 – and for us to be a great world sport we’ve got to conquer the States.”

60 comments on “Whitmarsh: “We are in the entertainment business, we have to make the show””