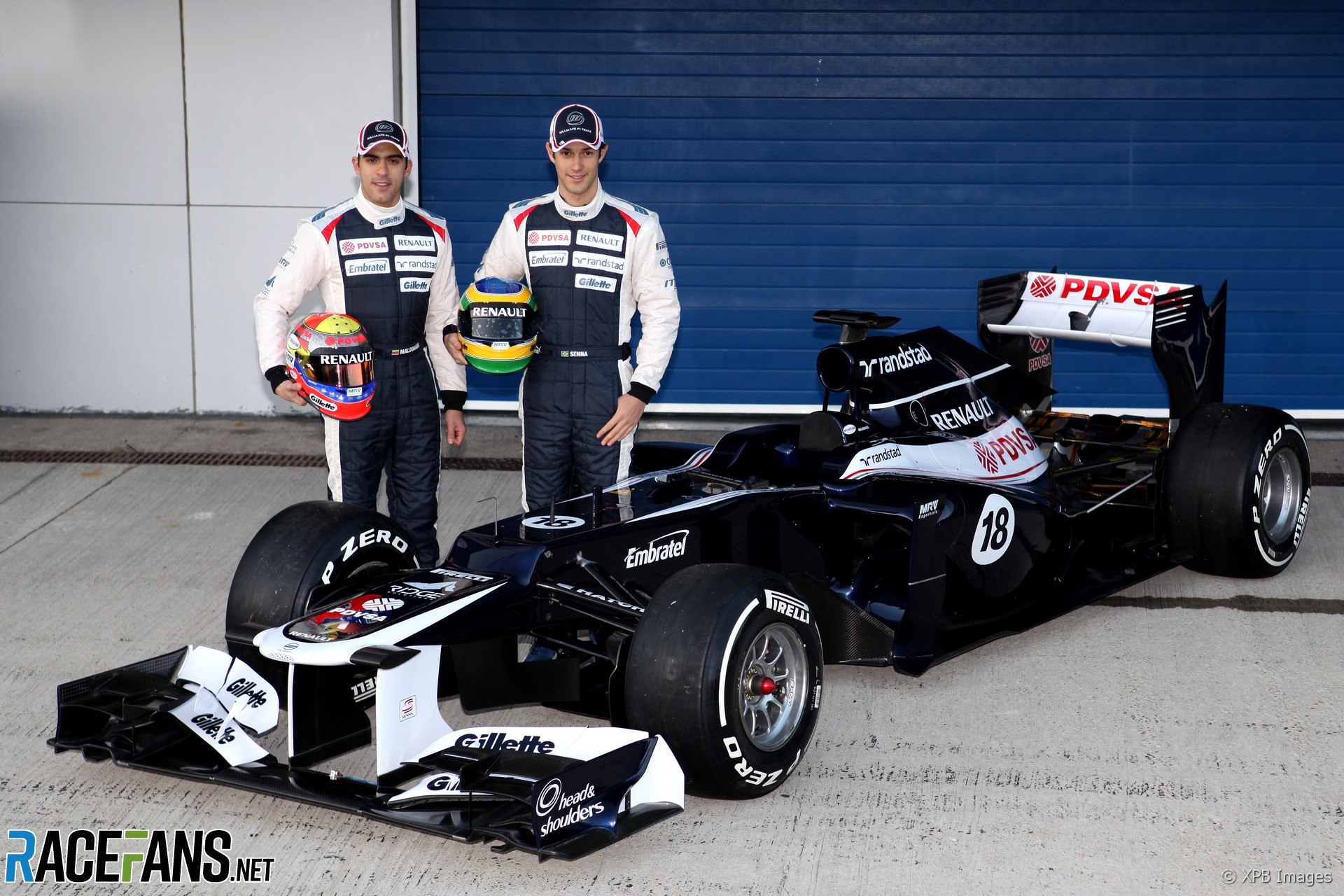 The Williams-Renault FW34 has been revealed for the first time at the Jerez circuit in Spain.

After a very poor 2011, in which the team scored just five points and finished ninth in the world championship, Williams are hoping for a changes in fortunes in 2012.

The team have switched engine suppliers from Cosworth to Renault and Bruno Senna joins the team in place of Rubens Barrichello. Pastor Maldonado remains at Williams for a second season.

Team principal Frank Williams said: “One could say that looking at the Williams F1 Team today we are off to a truly fresh start. We have a new car, new driver line up, new engine and new senior personnel.

“We also have a number of new partners who have joined the team in the past few months. I’d like to take this opportunity to welcome them formally and sincerely wish that they have an enjoyable and, most importantly, a valuable experience with us. The team has had a good winter at the factory and we feel ready and strong for the fight.”