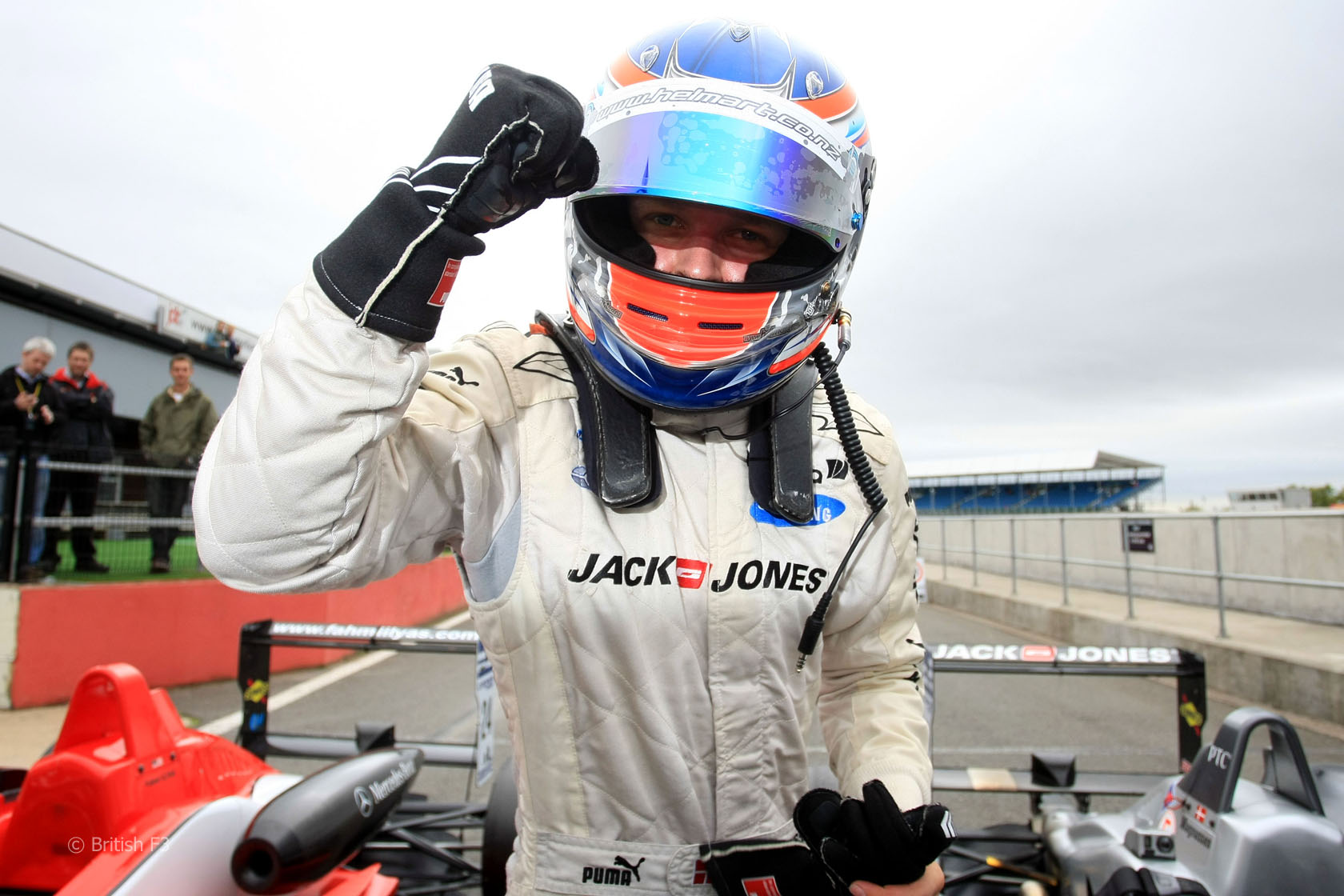 Kevin Magnussen, son of former F1 driver Jan Magnussen, will have the chance to driver for McLaren in the young drivers’ test later this year.

Magnussen has progressed within the team’s Young Driver Programme and will get to drive the team’s simulator and contribute to its development programme for the MP4-27.

Magnussen said: ?óÔéĽ?ôI?óÔéĽÔäóm really pleased by this new agreement with Vodafone McLaren Mercedes. The team has shown great faith in me so far and I feel that this is an important step in my career. F1 is a highly pressured, data-driven environment, and anyone who wants to get there and succeed within it has to master all the technical aspects of the discipline.

“This is a great opportunity and I look forward to working with the team and playing a part in Vodafone McLaren Mercedes?óÔéĽÔäó future.”

Magnussen’s father made his F1 debut for McLaren in 1995, substituting for Mika Hakkinen at the Pacific Grand Prix. He later spent one-and-a-half seasons with Stewart.

Kevin Magnussen was the runner-up in the British Formula Three championship last year. This year he will race in Formula Renault 3.5 for Carlin.