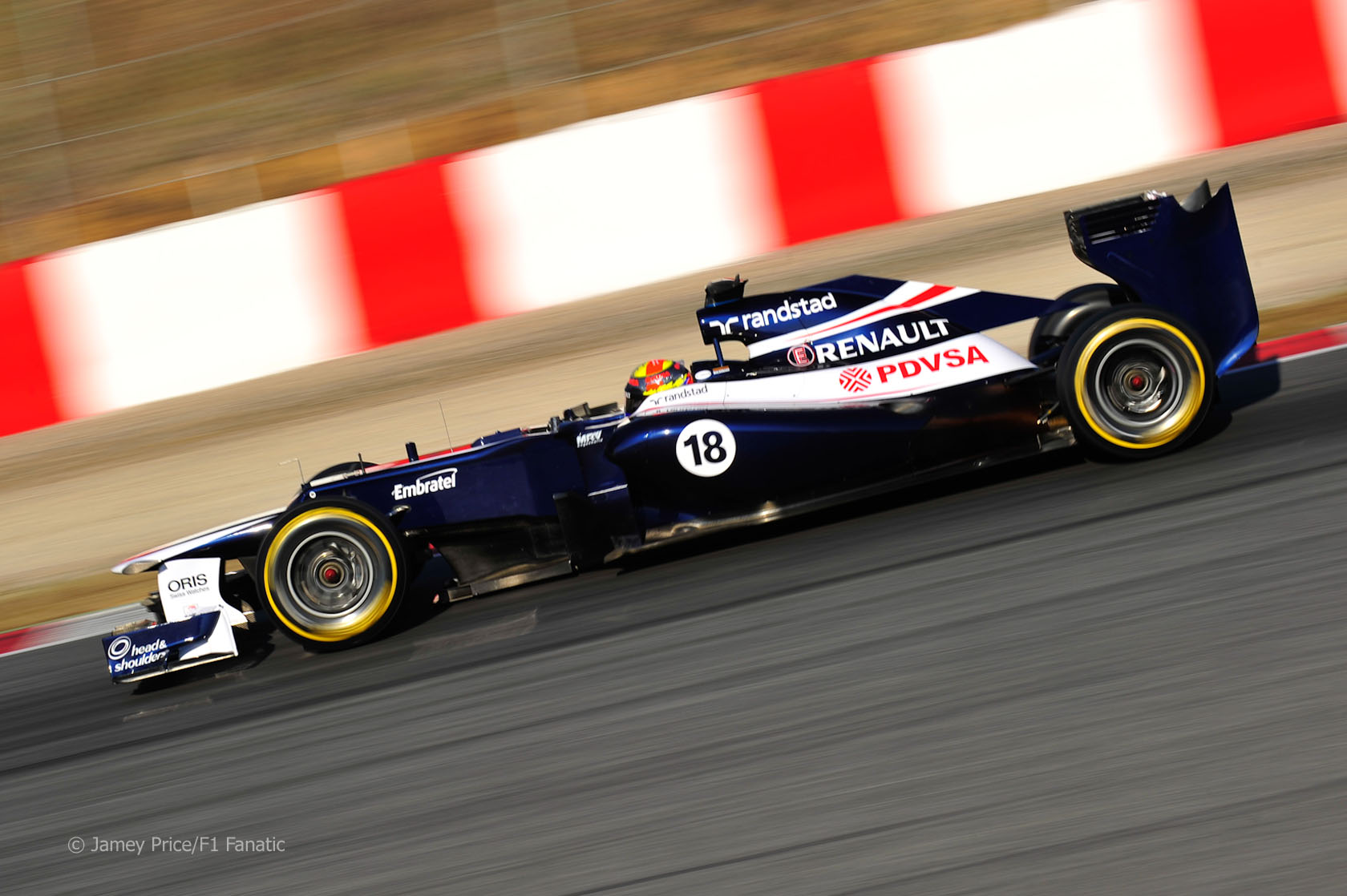 Williams have been the busiest team in testing so far, racking up over 3,750km with their FW34.

But Lotus, who covered the most distance in the first test at Jerez, did just seven laps at the Circuit de Catalunya before a problem with their E20 forced them to abandon the test.

Mercedes have also covered a large distance but have divided their efforts between their 2011 and 2012 cars so far.

They covered 3,398km with both their cars in public tests, plus a further 354km in a solo test with the W03 in Barcelona earlier this week, giving them a total mileage of 3,752km.

Here are the fastest times set by each driver at this week’s Circuit de Catalunya test: