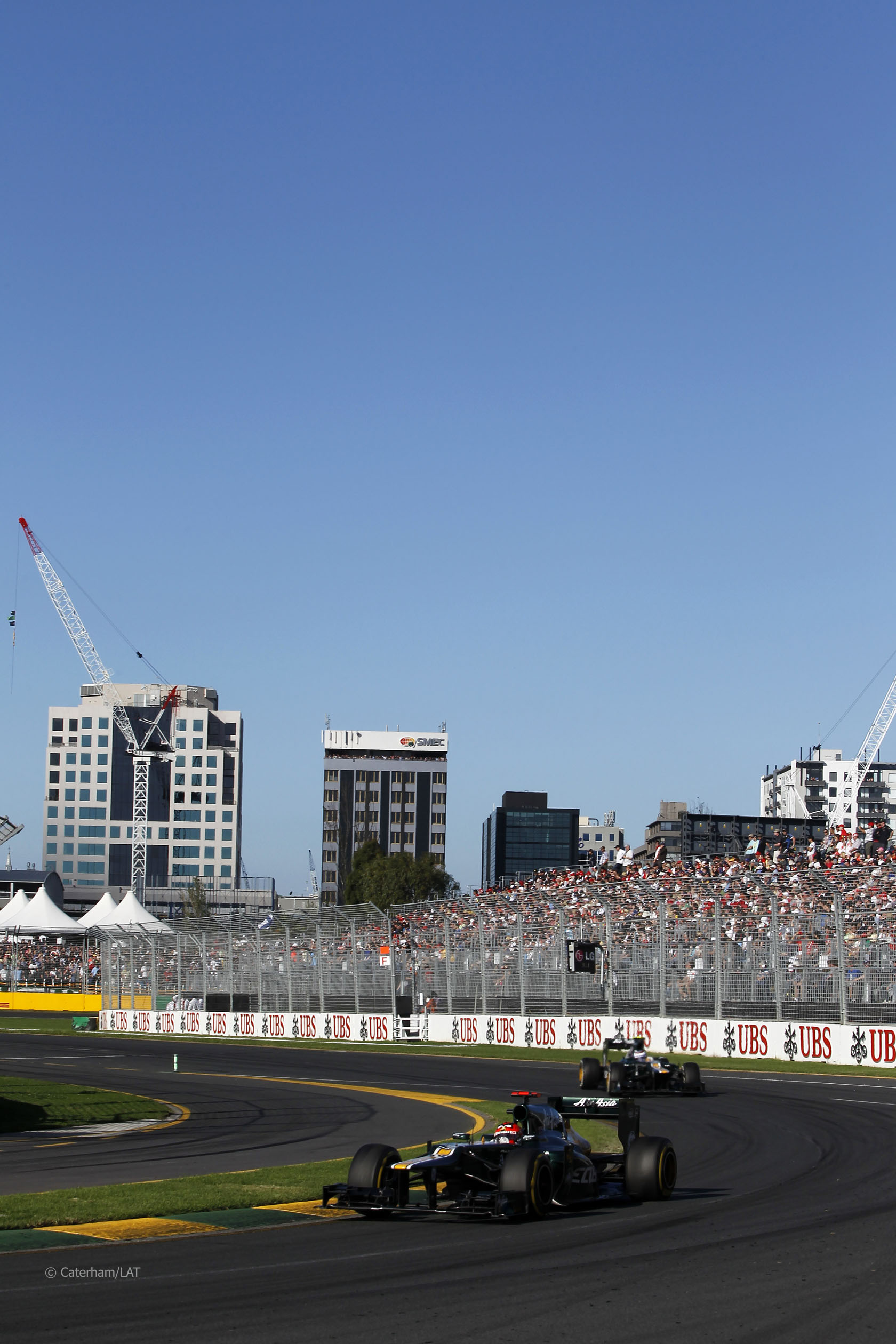 Heikki Kovalainen has been handed a five-place penalty on the grid for next week’s Malaysian Grand Prix.

The stewards of the race found Kovalainen broke the rules on overtaking cars during a safety car period.

Kovalainen passed two cars before passing the first safety car line when the safety car returned to the pits.

The Caterham driver retired from the race after a problem-filled start to his season: “I lost DRS until about lap six, and had to switch off KERS right at the start, so the sort of times we were doing were clearly competitive.

“Both stops went well but then I felt the car starting to pull left under braking so we brought the car in to take a look and it seems like a front left suspension problem was causing the handling imbalance I’d felt for a few laps before we had to retire.”

After receiving his penalty he added on Twitter: “Tough day today, never mind, one of those races that happen sometimes, bit harsh penalty from stewards for the next race but that’s life too!”