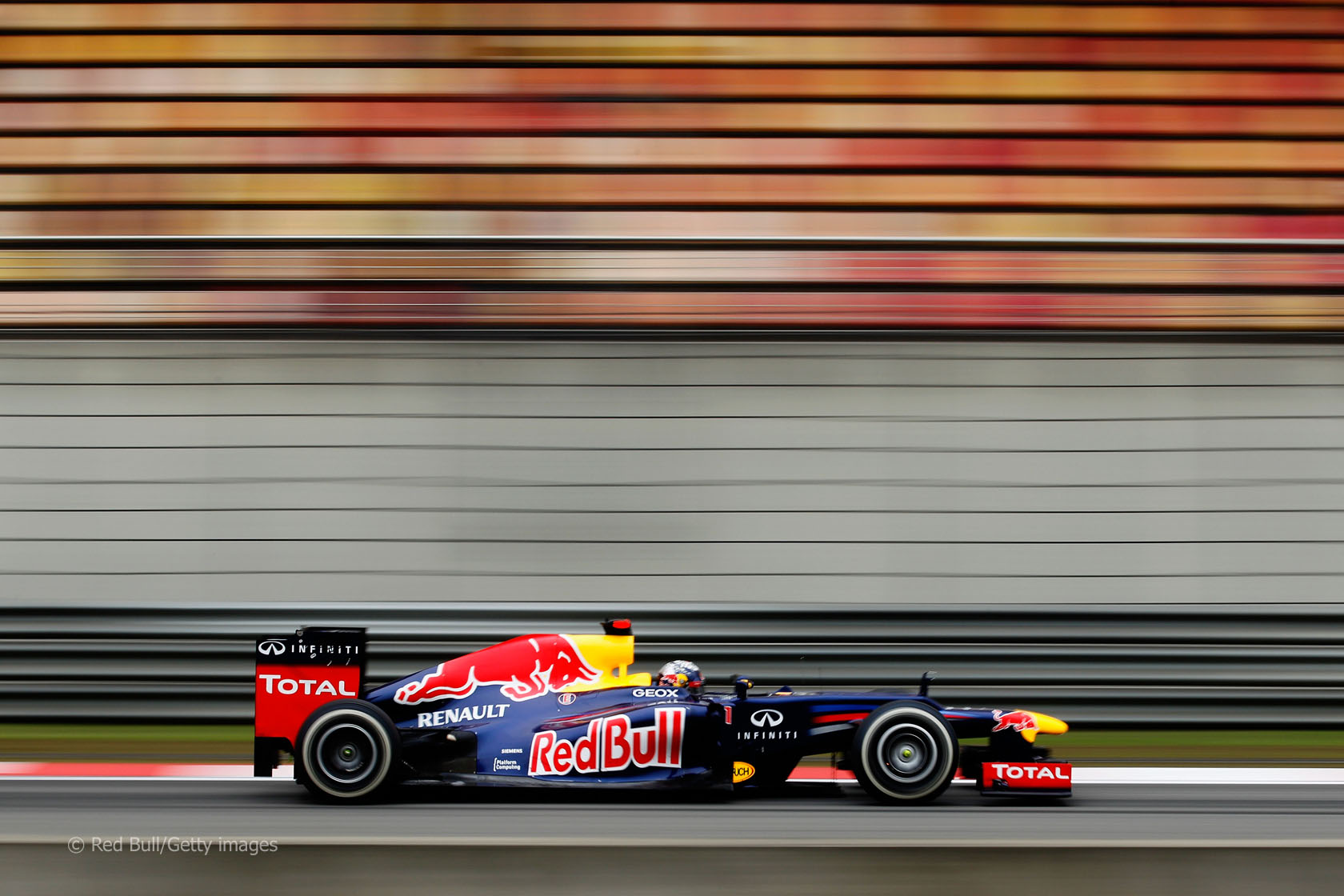 Sebastian Vettel will start Sunday’s race from 11th on the grid after failing to reach the final ten in qualifying.

He missed the cut by less than five hundredths of a second, and was only three-tenths slower than the fastest driver in Q2 in a closely-fought session.

Vettel said: “Obviously I’m not happy but as I said I think I was pretty happy with the laps I had in Q2 but they weren’t quick enough. Now I could go through another hour but that’s a fact.

“We have to start the race from P11 and see what we can do tomorrow. It surely makes it a bit harder but not impossible to do a good race.”

Vettel reverted to an early version of Red Bull’s exhaust set-up this weekend while team mate Mark Webber has continued to use the current version. Vettel would not be drawn on whether that was the cause of his problem:

“It’s difficult to say. Yesterday I was happy with the car that’s why we decided to stick with the current settings.

“I don’t want to blame it on the car. Three times I did exactly the same lap and which three times wasn’t quick enough to make it into Q3.”