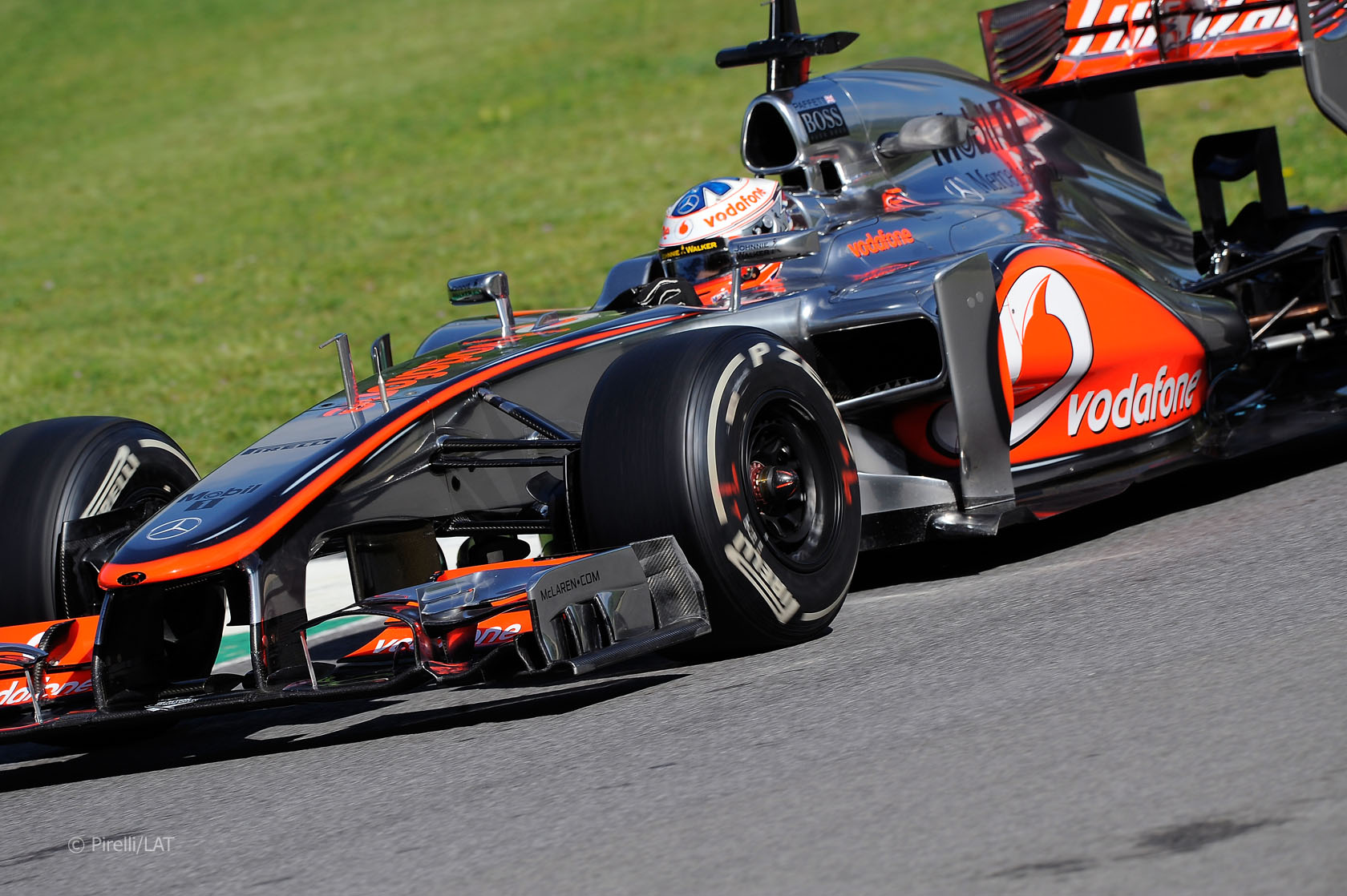 McLaren team principal Martin Whitmarsh says the team will run the higher nose it tested in Mugello at the Spanish Grand Prix weekend.

McLaren ran their car in its conventional form for much of the test (pictured) before switching to a new, higher nose in the final hour of running.

The new nose will be tested in practice on Friday before the team evaluate whether to run it in the race.

Speaking at a Vodafone McLaren Mercedes phone-in Whitmarsh said the wing was run at the test for “data-gathering, giving our race engineers a lot of information.”

He added: “You will see it in Barcelona and for the race engineers and for the race drivers it’ll be the first time they experience it. They’ve got the data to set it up and find performance on the track.”

Whitmarsh said there’s “a reasonable chance you’ll see it on Sunday” for the race.

Aside from the obvious change of height in the nose, Whitmarsh said there were other significant changes: “If you look at the detail of it I think the height of the front of the nose is one of the more minor pieces of that new front wing assembly.”

“In the case of the front wing and nose the attachment pylons as you may have noticed are quite a lot different. The wing’s flap and endplates themselves it’s all subtle differences.

“You’re managing the airflow that is enjoyed by the rest of the car and the rest of the aerodynamic-generating surfaces and features of the car. Nowadays it’s quite a critical part of the car, you’re looking to find very small improvements, there’s a lot of restriction and proscription around the back end of the car so you do more, or you often generate more performance, by managing the flow that arrives at therm, than developing them themselves.”

Whitmarsh said the team spent most of the test generating data on their car: “A lot of what we were doing was just gathering information. It’s unusual at this stage for us to have an in-season test so we felt we had to use that to log some data. There’s all sorts of appendages and sensors and equipment fitted to the car over the course of the few days as I’m sure you saw.”

32 comments on “McLaren to run higher nose in Spain”