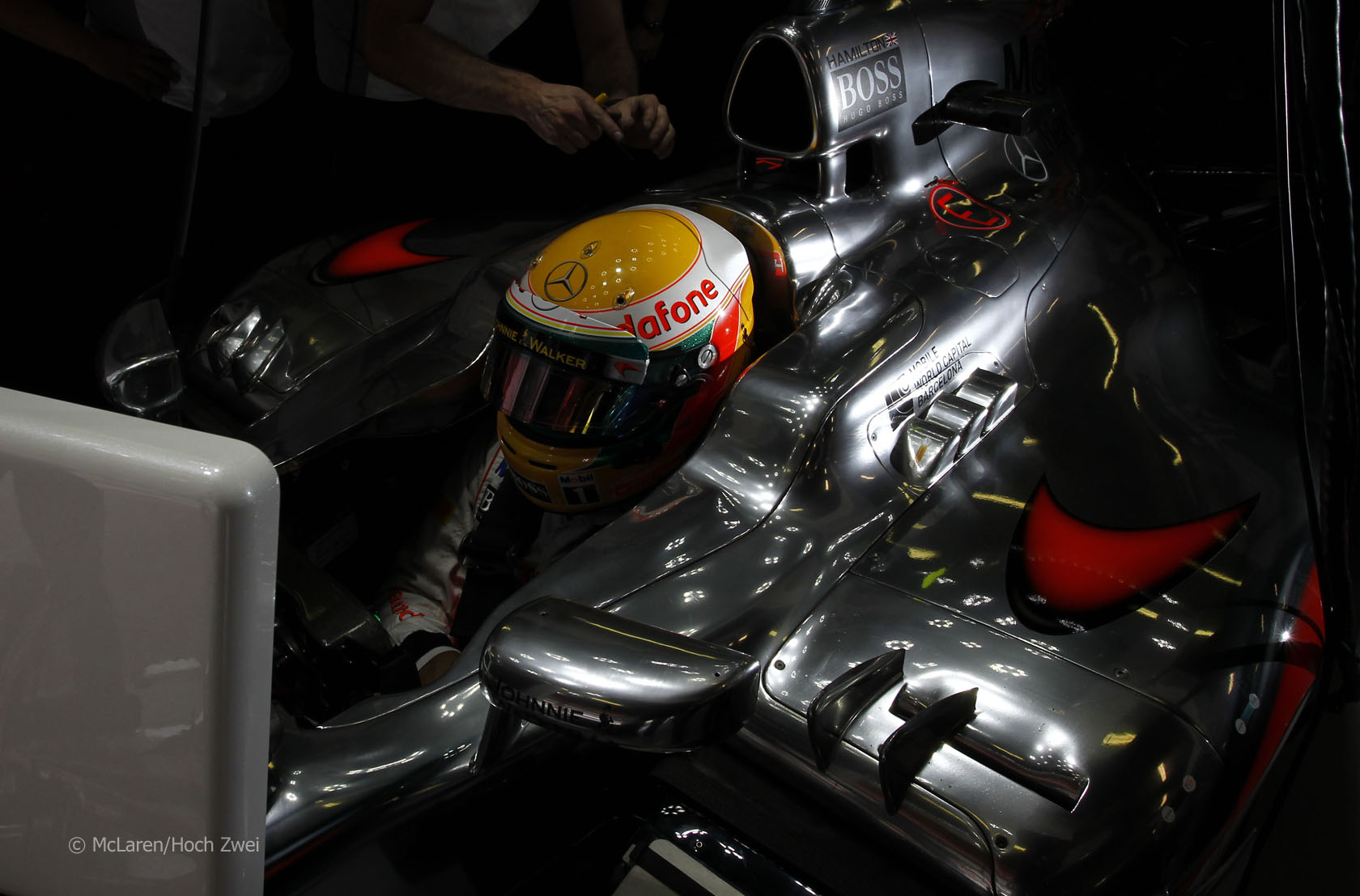 Cast your mind back ten races ago to qualifying for the Singapore Grand Prix.

In the dying minutes of the session, Lewis Hamilton sat in his garage, unable to return to the track as McLaren had not been able to get enough fuel in his car in time. It was a costly mistake which left him fourth on the grid instead of in contention for the front row.

In qualifying for this weekend’s race in Spain, McLaren not only repeated that mistake – but compounded it with another one. Having failed to put enough fuel in his car in time, McLaren then sent Hamilton onto the track.

It’s not clear whether the team member who failed to fill the car up properly alerted them before the car was released. But they certainly found out in time to tell Hamilton to stop the car while it still had enough fuel in it for the FIA to take the mandatory post-session sample.

In doing this McLaren failed to satisfy another part of the rule book: article 6.6.2 of the technical regulations, which states:

Competitors must ensure that a one litre sample of fuel may be taken from the car at any time during the event.

Except in cases of force majeure (accepted as such by the stewards of the meeting), if a sample of fuel is required after a practice session the car concerned must have first been driven back to the pits under its own power.

For avoidance of doubt, “a practice session” includes the qualifying session. Note also that drivers may stop their car immediately after the race to ensure they have enough fuel in – as Sebastian Vettel did in Bahrain three weeks ago – but cannot do so in qualifying.

McLaren have no excuse for not being familiar with this rule – the second paragraph was inserted in the June 23rd 2010 update to the technical regulations, just over a week after Hamilton had been reprimanded for stopping on his way back to the pits after taking pole position for the Canadian Grand Prix.

Again, this was because he did not have enough fuel in the car – a mistake McLaren have now made at least once every season in the last three years.

When Hamilton came to a stop at Campsa, McLaren initially blamed an unspecified technical problem. But the radio message to him at the time – saying he was on pole position “for now” – was a clear sign they were concerned about their compliance with the rules and had worked out what the likely penalty would be.

Hamilton’s all-too-frequent encounters with the stewards were documented here last year. On this occasion he was not the one to blame.

According to the stewards, McLaren sporting director Sam Michael “stated that the car stopped on the circuit for reasons of force majeure”. They ruled that: “As the amount of fuel put into the car is under the complete control of the competitor the stewards cannot accept this as a case of force majeure.”

The stewards therefore found McLaren in breach of the technical regulations. The standard penalty for this is to be sent to the back of the grid, as happened to Sebastien Buemi at the Nurburgring last year.

McLaren made a mistake, their attempt to explain it away as “force majeure” was flimsy, and the stewards applied the rules as they are framed. But put in perspective it’s hard to view this penalty as anything other than completely disproportionate to the offence.

Hamilton was given the same penalty Michael Schumacher received at Monaco in 2006, when he deliberately parked his car on the track to prevent other drivers from beating his pole position time.

A calculated act of cheating such as that clearly deserved a harsh penalty to deter repeat offenders. Unlike that offence, McLaren’s error today was a careless oversight, as the stewards’ report makes clear.

The rules should allow for a distinction between a driver consciously deciding to break the rules in an unsporting way, and someone neglecting to put enough fuel in a car – the two infractions are a completely different order of magnitude.

There is no reason to expect that Hamilton’s car did not conform with the rules when he set his earlier lap times. The option to delete his final time, which was set after the botched refuelling attempt, would have been a proportional punishment for McLaren’s mistake.

Hamilton’s penalty has already provoked a strong reaction from readers. The root cause is two phenomenon we have become used to seeing: yet another blunder by McLaren in the pits, and a disproportionate response from the stewards.