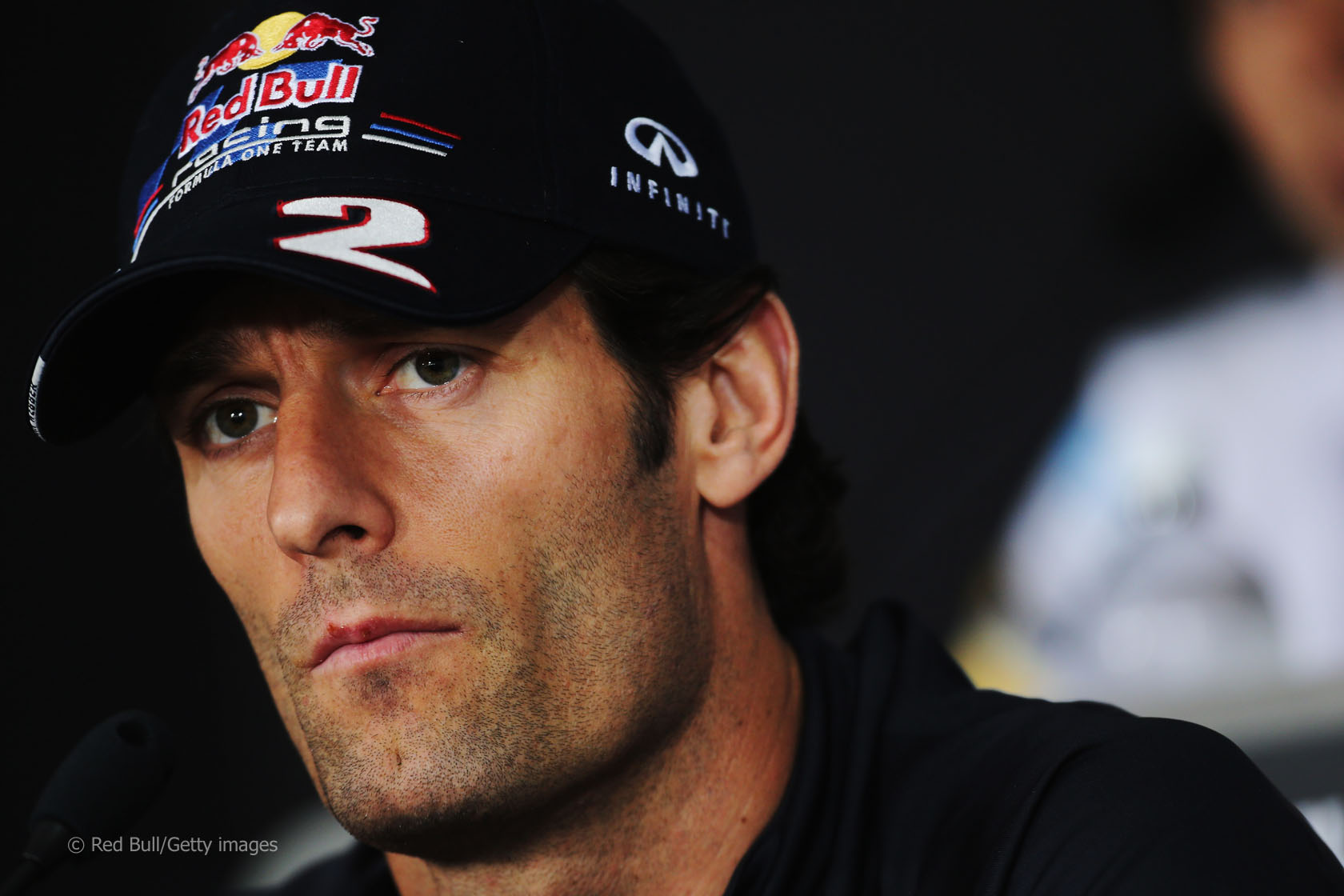 Since Webber’s win in the Monaco Grand Prix the FIA has declared the hole in its floor in front of the rear wheels does not comply with the rules. Vettel won the Bahrain Grand Prix with the car in the same configuration.

Speaking during today’s Canadian Grand Prix press conference at Webber said: “In relation to winning races with an illegal car, I’m happy to be called lots of things and I’m happy to have criticism about my driving and lots of stuff but I will not take criticism in that respect.

“It really pisses me off to be honest because the car has passed every single technical regulation after the race.

“And the rule now is different. We had a car which was legal for the first part of the season. And now the rule has been changed and we’ll start again. So I’m looking forward to it.”

Webber added the team was already planning to remove the hole regardless of the FIA ruling after Canada in Valencia:

“I would not know if the floor is changed or unchanged. So we’re very optimistic the change won’t make much difference at all.

“You won’t believe us but we had some changes for Valencia anyway which included no hole, irrespective of the rule change, so that’s what we were doing.”