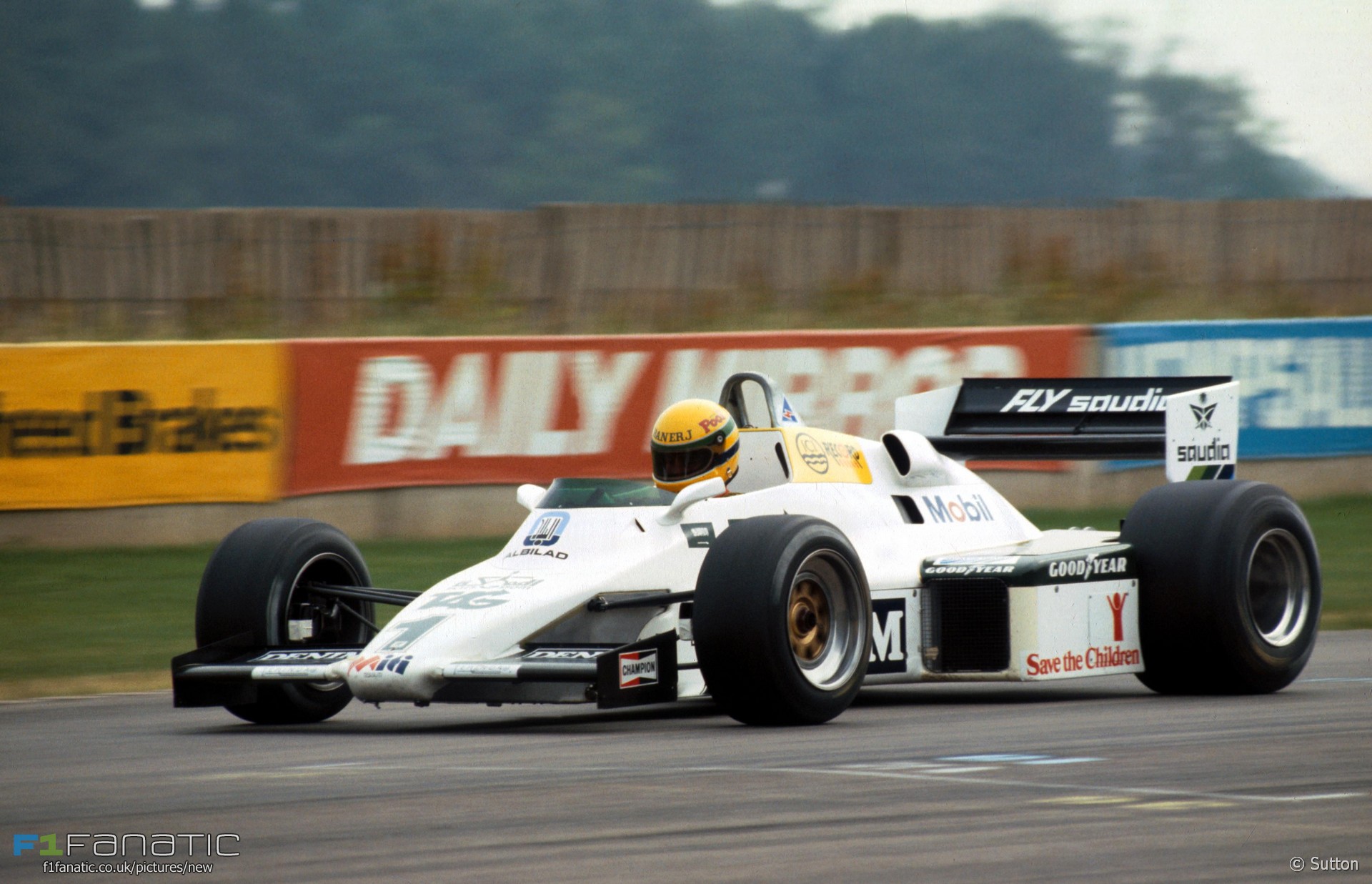 Ayrton Senna made his F1 race debut with Toleman in 1984. But that came after he tested for three other teams: McLaren, Brabham and Williams.

The latter were the first team to put him behind the wheel of an F1 car and this FW08C was the type of car he drove at Donington Park in July 1983. Brazilian TV channel Globo were their to capture the moment and the footage featured in the recent Senna film.

The FW08C was raced by the team in 1983, and based on the car which Keke Rosberg used to win the drivers’ championship the year before.

In a year when Williams found itself outgunned by the onslaught of turbo-powered rivals from Renault, Brabham and Ferrari, the FW08C scored just a single win – but it was an inspired one.

Starting on slick tyres in damp conditions at Monaco, Rosberg leapt from fifth on the grid to second by the first corner, and had taken the lead from Alain Prost by the end of lap one. The world champion showed his rivals a clean pair of heels, and finished 18 seconds up the road.

But on power circuits like Silverstone, Rosberg simply could not compete. He was the quickest Cosworth-powered runner in qualifying for the British Grand Prix but lined up only 13th, 4.3 seconds slower than pole sitter Rene Arnoux. He finished two laps down in 11th.

A few days later Senna drove Rosberg’s Silverstone chassis. He already knew the Donington Park track well from his Formula Ford and Formula Three days. Ten years later, it would be the scene of one of his most famous wins.

He lapped the circuit in a whisker over a minute – and more than a second faster than the marker laid down by Williams’ test driver Jonathan Palmer, then on his way to victory in that year’s Formula Two championship.

Though impressed by his speed, the team had no room for him as they retained Rosberg and Jacques Laffite for 1984. Incredibly, Brabham and McLaren also passed on their change to sign Senna, and he eventually made his debut with Toleman.

Williams ran a third FW08C in the European Grand Prix at Brands Hatch, but used it to let Palmer make his F1 debut at home. He was the only one of the team’s drivers to finish: Rosberg suffering engine problems and Laffite failing to qualify.

That was the car’s last appearance. In time for the season finale in South Africa the team readied its first Honda turbo-powered machine, the FW09.

When Senna eventually drove for Williams it was expected to be the beginning of a partnership which would dominate Formula 1. But it wasn’t to be, as he tragically lost his life in his third race for them at Imola in 1994.

Williams FW08C at the 2012 Goodwood Festival of Speed

Senna’s nephew Bruno Senna, who races for Williams this year, drove an FW08C at the Goodwood Festival of Speed this weekend: