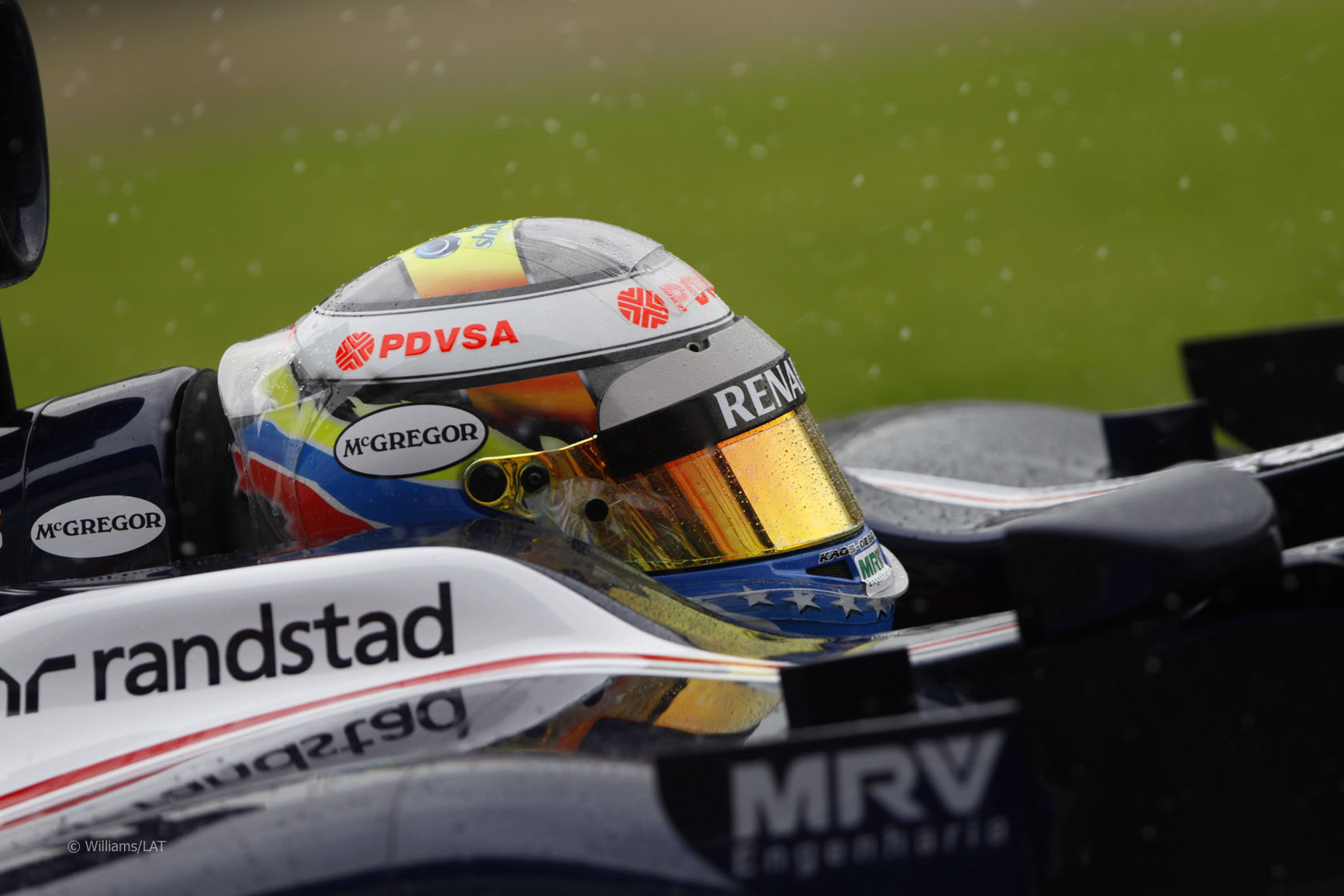 Sergio Perez had harsh words for Pastor Maldonado after retiring in a collision with the Williams driver in the British Grand Prix.

Perez was trying to pass Maldonado on the outside of Brooklands on lap 11 when the pair made contact.

Speaking to the BBC afterwards, Perez called on the FIA to take action against Maldonado: “Pastor is a driver who doesn’t respect other drivers. It’s just a matter of fact.

“I was already in front, and if not he should have given me enough space not to crash, but he tried to push me all the way to the outside. I don’t understand the way he is driving.

“I really hope the stewards can make something because the last three or four races he has done something.

“It is not the first time he has damaged my weekend. He did the same in Valencia, and they gave him a drive-through, which I think is not enough.

“This guy will never learn if they don’t do something, because he is a very dangerous driver and he can hurt someone.”

Maldonado collided with Lewis Hamilton on the final lap of the European Grand Prix.

Afterwards Maldonado said: “It was a very disappointing moment because the race was going well for us.”

Describing the incident he said: “The corner was mine. Sergio was on the outside of the corner trying to take the position from me. I tried to defend and on the entry I lost the rear of the car, I think on cold tyres.”