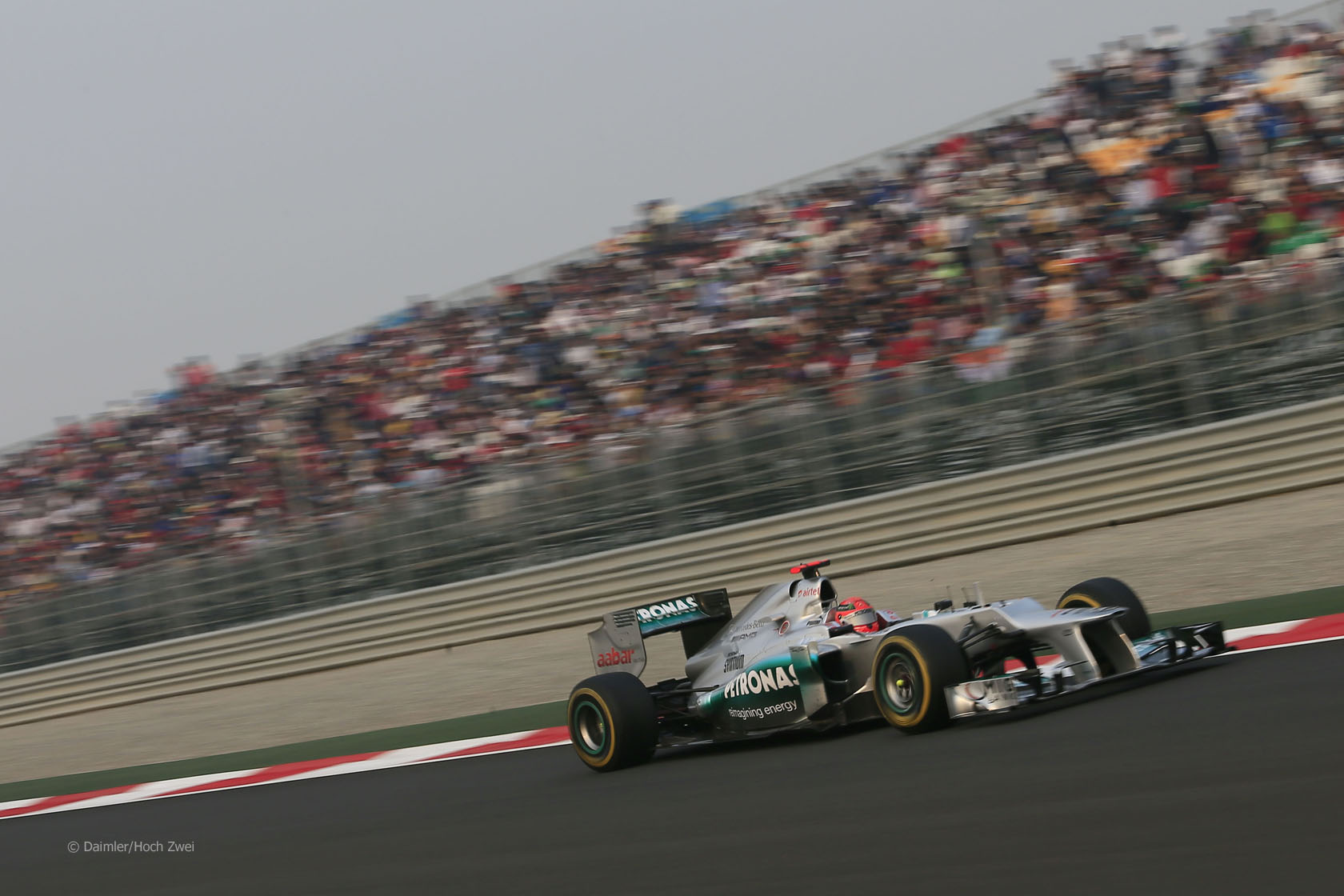 Michael Schumacher and Kamui Kobayashi will not be penalised for incidents they were involved in during the Indian Grand Prix.

Schumacher was investigated for failing to react quickly enough to blue flags when he was being lapped by Romain Grosjean.

The stewards decided Grosjean “did not close the gap to [Schumacher] sufficiently to require [Schumacher] to move out of the way in accordance with appendix H, article 2.4.5.1(d) of the International Sporting Code.”

The first involved him going off the track while racing Pastor Maldonado. The stewards ruled he had not gained an advantage by leaving the track during their battle.

The stewards also decided their was no foul play in the collision between the pair that led to Maldonado suffering a puncture. Although contact was made the stewards said they “consider the matter a racing incident”.