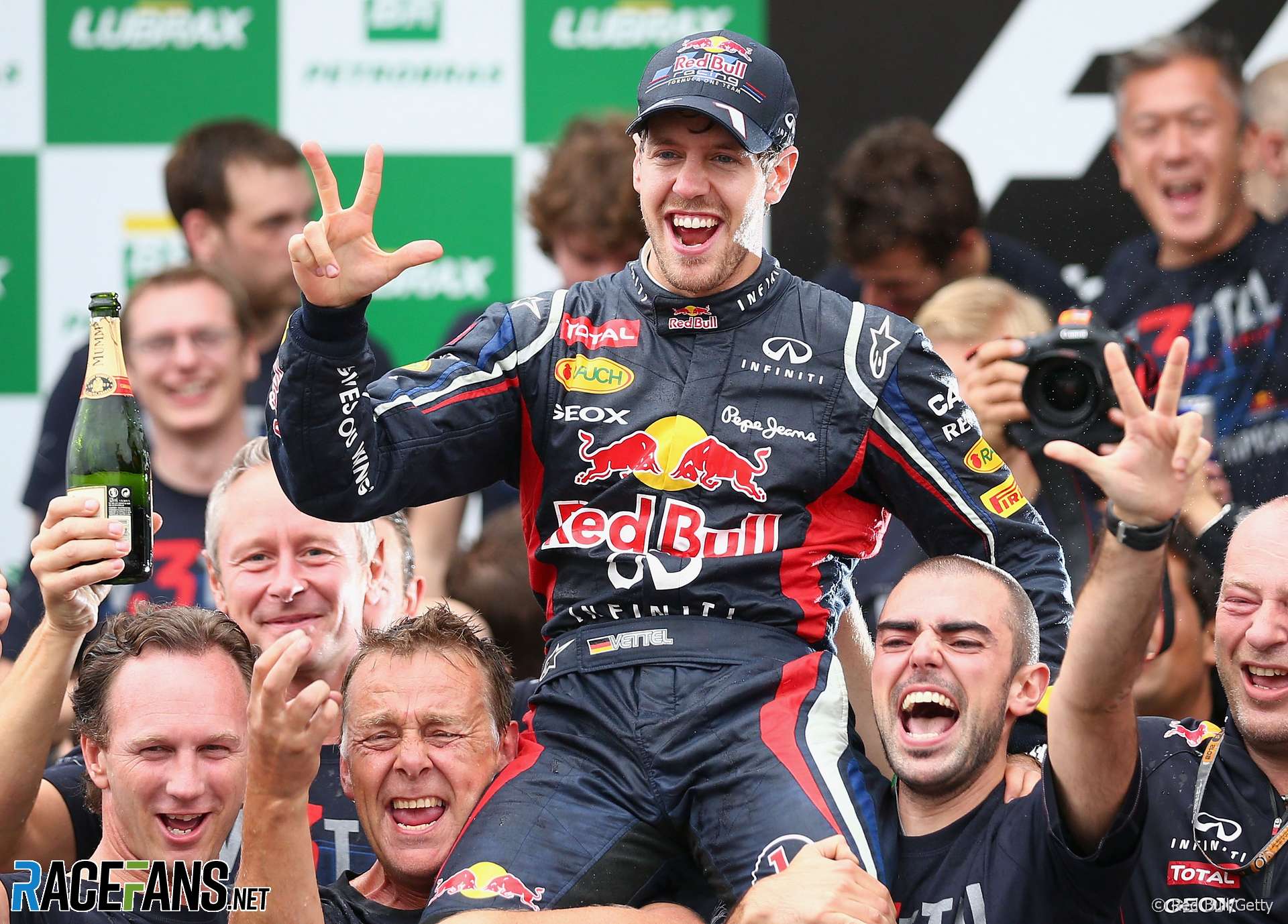 The FIA has confirmed Sebastian Vettel did not break the rules concerning overtaking under yellow flags when passing Jean-Eric Vergne during the Brazilian Grand Prix.

Ferrari confirmed they sent the FIA a letter requesting an investigation into whether Vettel illegally overtook the Toro Rosso on lap four on the Reta Oposta straight.

Had Vettel been retroactively punished for the move, a penalty could have lost him the world championship to Fernando Alonso.

See this forum thread for earlier discussion of the incident.