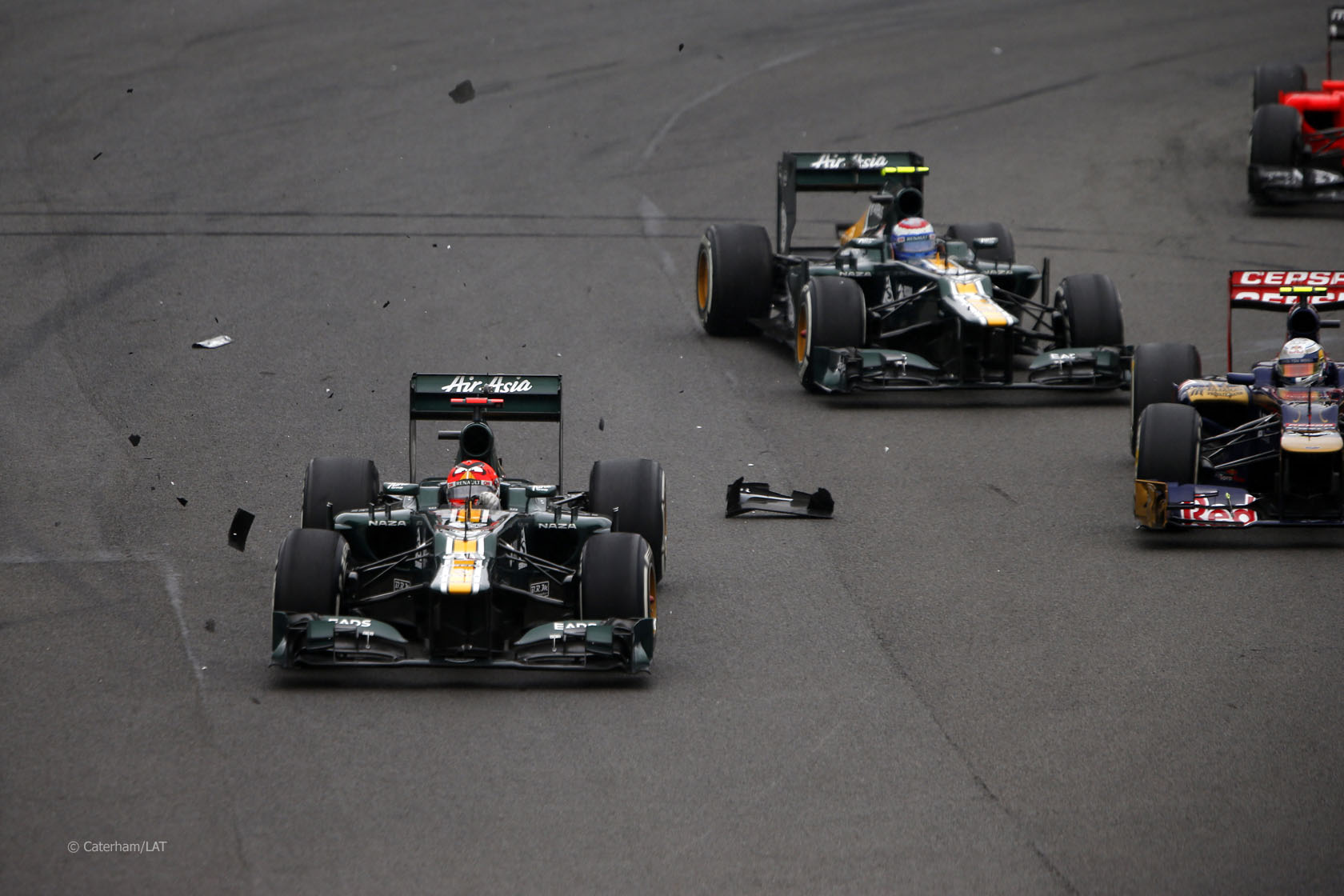 Kovalainen was Hamilton’s team mate at McLaren in 2008 and 2009 before being replaced by Jenson Button.

He spent three years with Caterham (previously Lotus) but the team have a new driver line-up for 2013 of Charles Pic and Giedo van der Garde.

Asked if Kovalainen was fast enough to deserve an F1 seat on merit Hamilton said: “Definitely”.

“It’s funny you mention that because the other day when I was coming here when I landed and I was driving to the track i was thinking to myself ‘it’s such a shame that Heikki’s not here’.

“And, definitely, some other people that now have seats, I think that whoever gave them the seat are crazy to think that they’re better than Heikki. I think Heikki’s got great calibre, great experience and deserves to be here.

“He’s a good friend of mine and I wish him all the best in whatever he’s doing.”

34 comments on “Hamilton: It’s “crazy” Kovalainen hasn’t got a seat”