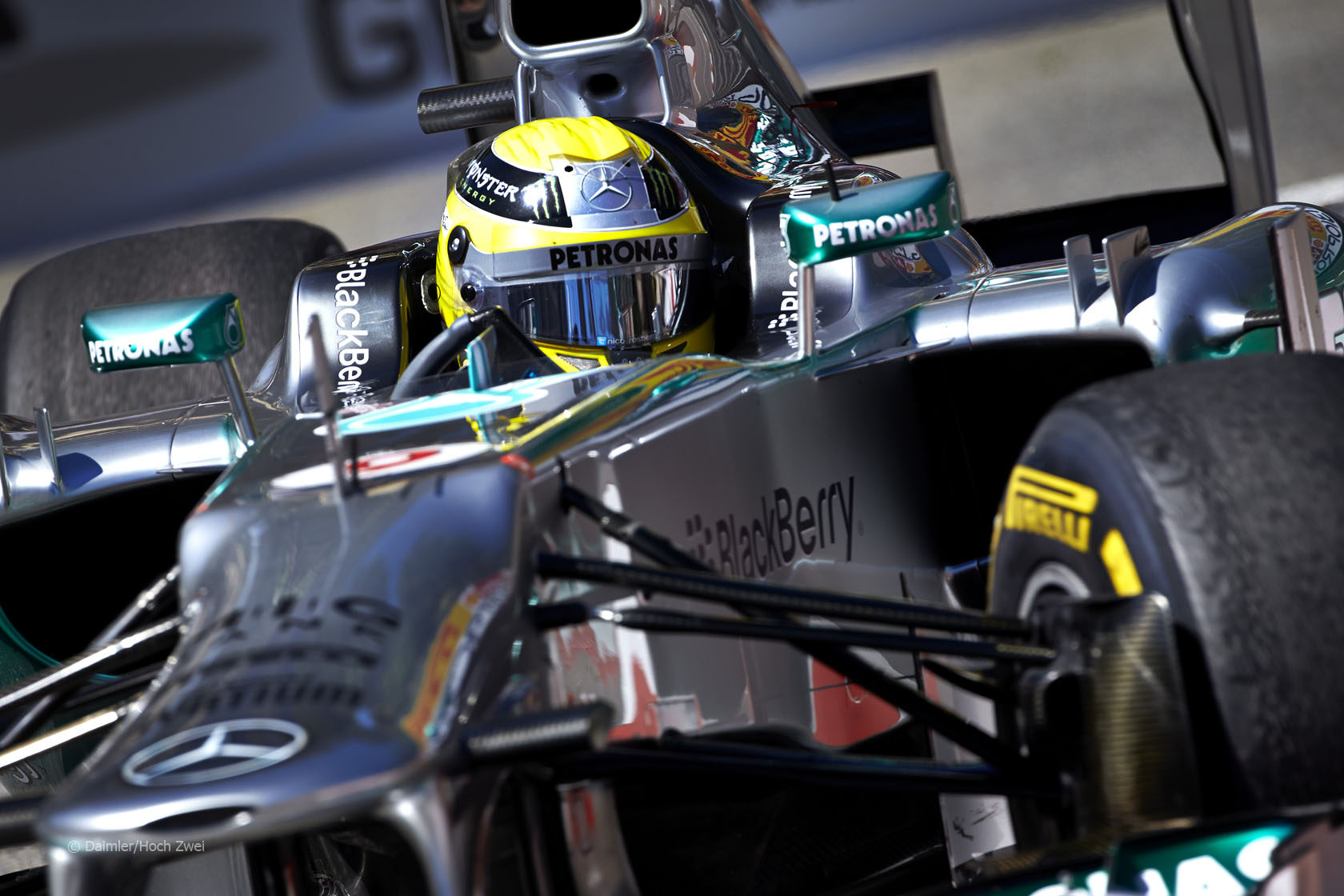 Nico Rosberg was fastest for the second session in a row in practice for the Monaco Grand Prix.

His team mate Lewis Hamilton joined him at the top of the times making it a one-two for Mercedes. But several of their closest rivals were unable to improve their best times as the session was briefly red-flagged.

The first interruption came as Romain Grosjean understeered into the barrier at Sainte Devote. The Lotus driver said afterwards he hadn’t warmed his tyres up enough on his out lap.

The marshals quickly craned the car away but moments after the sector was declared clear the session was red-flagged. The kerb at turn 13 had begun to break up, and the debris was cleared away during a brief interruption.

The Ferrari drivers were among those who had to postpone their runs on the faster super soft tyres. Fernando Alonso was visibly pushing hard, having a near-miss with Nico Hulkenberg at Rascasse, and set the third-quickest time followed by Felipe Massa.

Mark Webber was the quickest of the two Red Bulls. Team mate Sebastian Vettel was only ninth after experiencing a KERS failure during the session.

Despite his crash, Grosjean held onto the seventh-fastest time behind team mate Kimi Raikkonen. Jenson Button was eighth, though he wasn’t able to get a clear lap in on super-soft tyres until his fifth attempt.

His McLaren team mate Sergio Perez was told to stop at the pit lane exit at one point as the team briefly thought there was a problem with his car, though he was able to continue. He ended the session 12th behind the Force Indias.

24 comments on “Mercedes stay on top as Grosjean shunts”