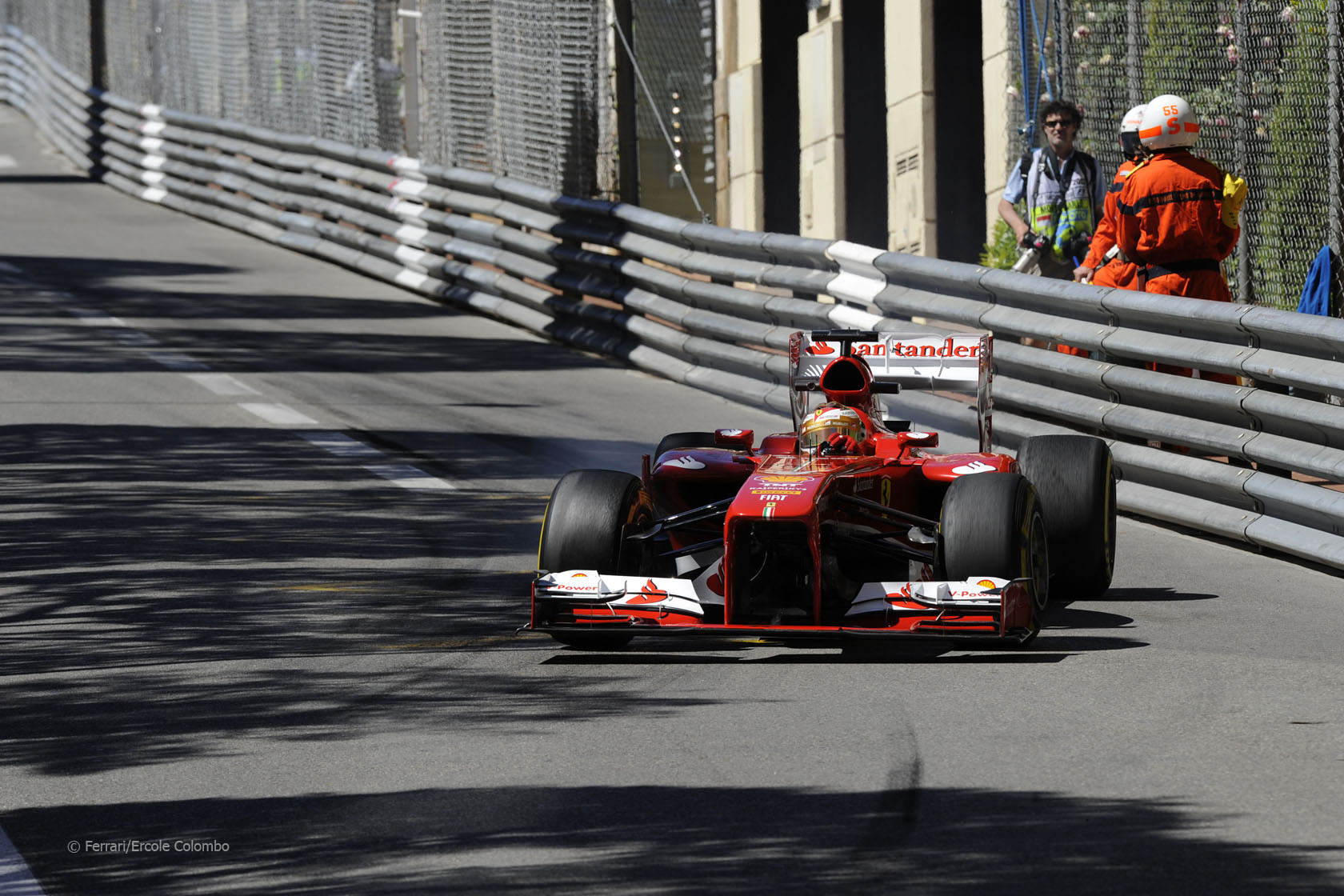 Fernando Alonso says his priority is beating his closest championship rivals as he doubts his victory chances in the Monaco Grand Prix.

The Ferrari driver starts tomorrow’s race from sixth on the grid and said “I think it’s going to be difficult,” to win.

“Obviously it’s not the best qualifying position if you want to fight for the race,” said Alonso. “Nothing is impossible in Formula One but it’s going to be very unlikely that we fight for the victory tomorrow.”

Alonso goes into the race third in the points standings behind Sebastian Vettel and Kimi Raikkonen, and he says his priority tomorrow is now to beat them:

“Second main target is to finish ahead of our main competitors in the championship so Kimi and Sebastian in this moment. On this maybe is possible, why not?”

“We start in the same row as Kimi, Sebastian is just one row in front of us. With s good start and a good strategy, we can do it.”

24 comments on “Alonso focused on beating Vettel and Raikkonen”