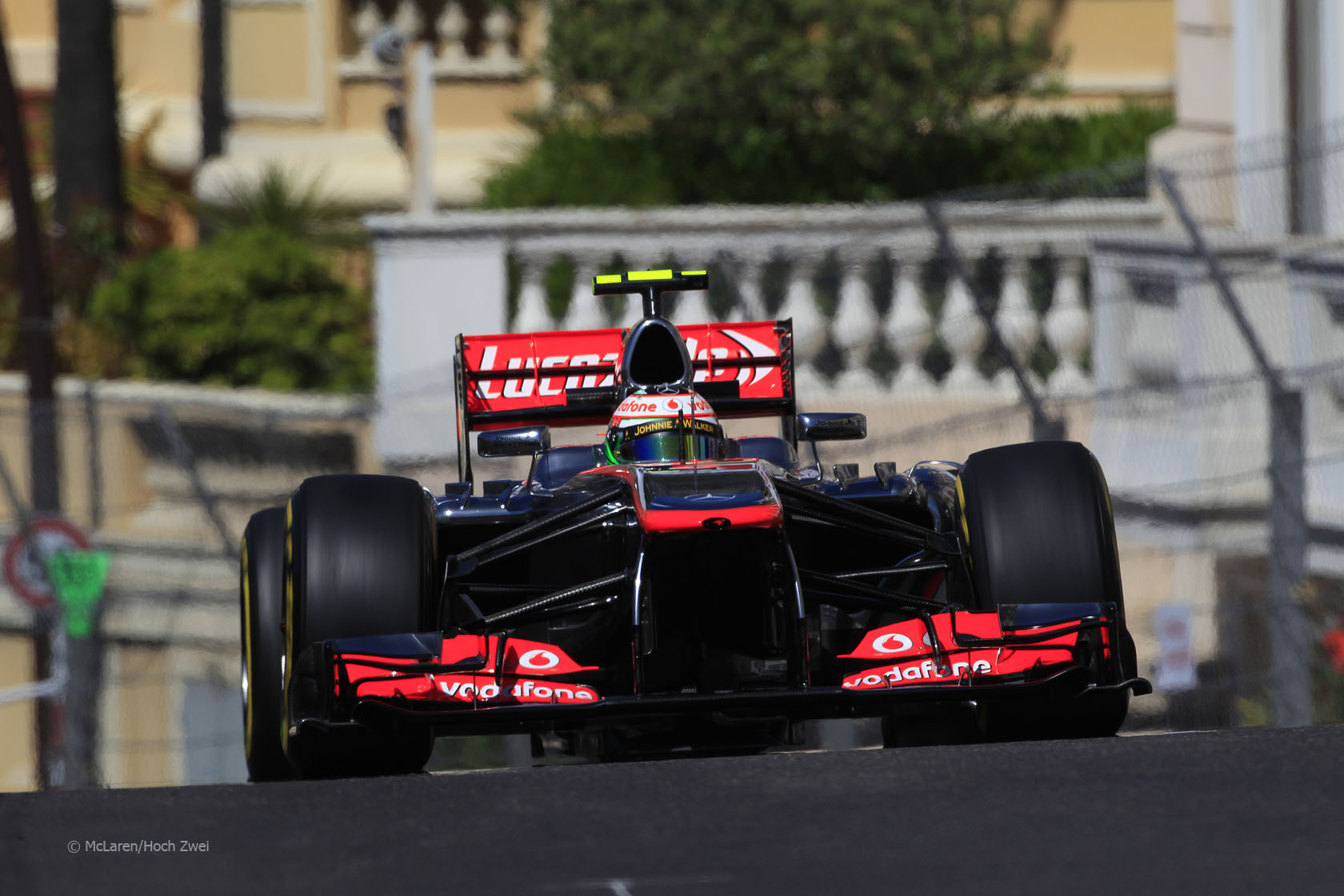 An unhappy Kimi Raikkonen blamed Sergio Perez for costing him points in the championship with a “stupid move”.

The pair collided at the chicane which left Raikkonen with a puncture but he Lotus driver was able to recover to tenth place to claim a point.

“It was a really disappointing day,” said Raikkonen. “Because of one stupid move from Sergio we?ů‘ťľ‘šůve lost a lot of points to Sebastian [Vettel] in the championship and you can?ů‘ťľ‘šůt afford to lose ground like that.”

“He hit me from behind and that?ů‘ťľ‘šůs about all there is to it. If he thinks it?ů‘ťľ‘šůs my fault that he came into the corner too fast then he obviously has no idea what he?ů‘ťľ‘šůs talking about.”

“It?ů‘ťľ‘šůs not the first time he?ů‘ťľ‘šůs hit someone in the race; he seems to expect people to be always looking at what he might do, then move over or go straight on if he comes into the corner too quick and isn?ů‘ťľ‘šůt going to make it without running into someone.

“Not the ideal weekend but there?ů‘ťľ‘šůs nothing we can do about it. At least we got one point back at the end.”

Fernando Alonso also raced wheel-to-wheel with Perez and was ordered to give up a position to the McLaren driver after cutting the chicane to stay ahead of him.

“His approach reminds me of my own in 2008 and 2009,” said Alonso, “because when you are not fighting for the championship, you can take more risks, while for me today, it was important to finish the race and bring home as many points as possible.”

150 comments on “Raikkonen fumes at Perez over “stupid move””