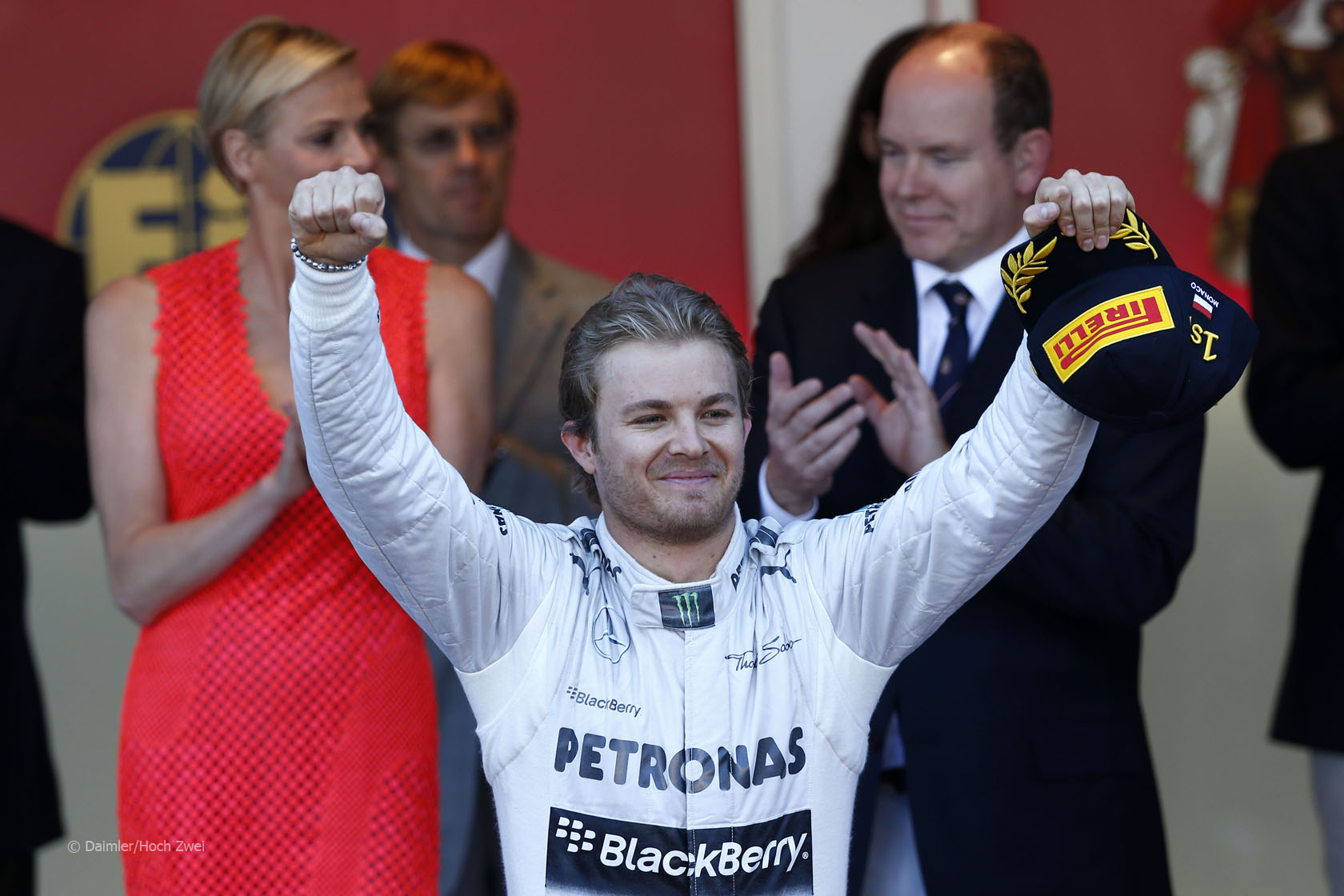 Nico Rosberg said it was “fantastic” to see how quickly Mercedes had improved since the Spanish Grand Prix.

Rosberg started from pole position at the Circuit de Catalunya but fell back to sixth during the race, over a minute behind winner Fernando Alonso.

But in Monaco he converted Mercedes’ fourth pole position of the year into their first win this season: “We’ve had again such a difficult time behind us,” said Rosberg.

“The last couple of races, pole position then dropping back so much. There was always that little bit in the back of my mind today in the race, I hope that it’s going to hold up today and not drop back again. Because it’s not nice to be starting in front and dropping back.”

“And then today the team just gave me a great car and so it’s really fantastic to see how they’ve been able to improve in such a short space of time. Little improvements here and there but this track suited us anyway and so it was enough to make it happen.”

Rosberg said winning in Monaco was particularly special because he had grown up in the area: “This is my home, I’ve grown up here all my life lived here, gone to school here.”

“So to win at home is very special. Really special day for me. The whole weekend we really went perfectly, qualifying… thew start was very close. I had a terrible start so it was close with Sebastian and with Lewis also. But then that worked out well.

“And after that I was able to just control the pace. The car was really good. The tyres held on OK, that was really the key to the victory today so massive thanks to the team for having improved from Barcelona. And I’m just ecstatic.”