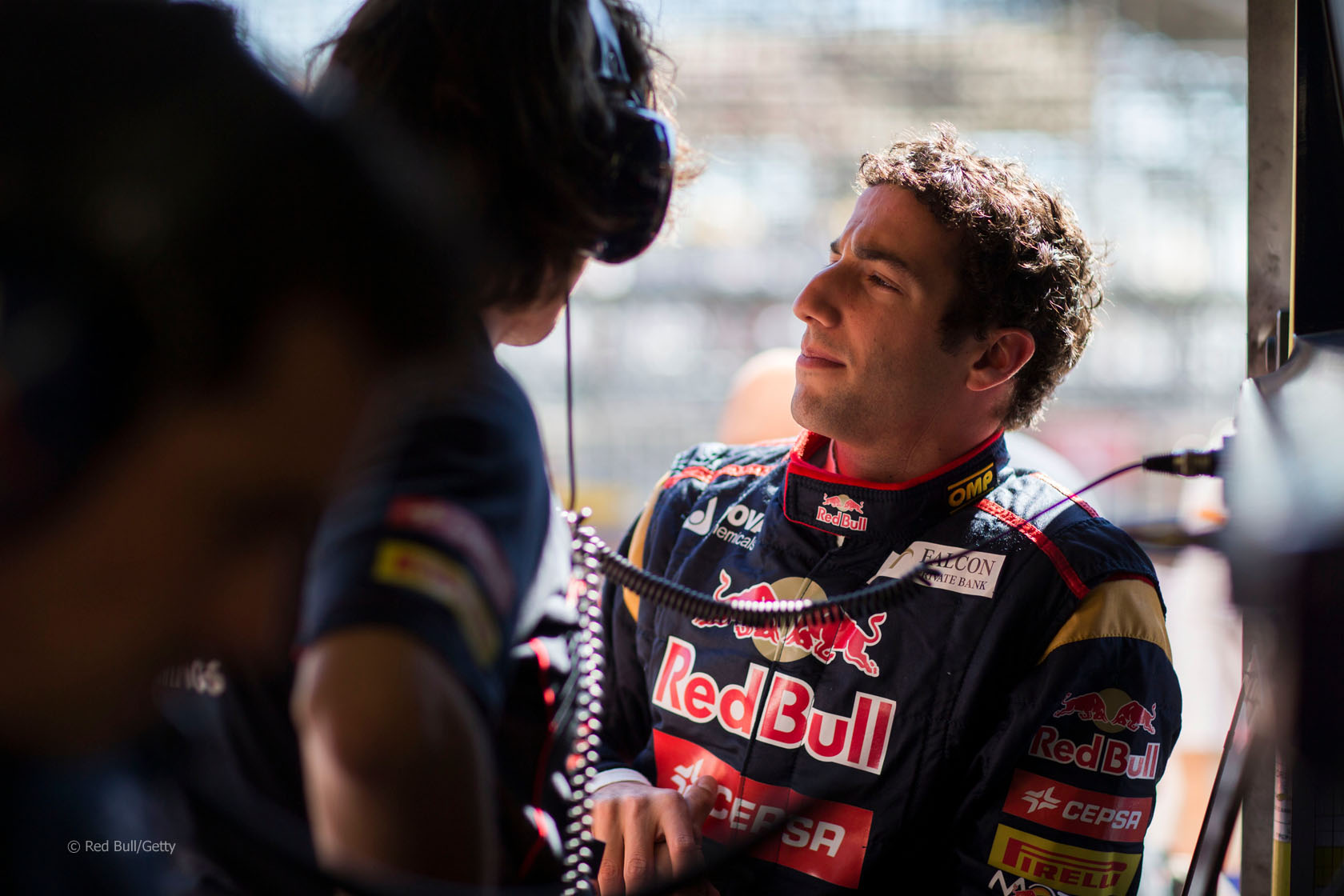 Daniel Ricciardo left Romain Grosjean in no doubt what he thought of their collision in the Monaco Grand Prix.

Grosjean ran into the back of Ricciardo’s car on the approach to the chicane on lap 64, eliminating both from the race.

“Sometimes when things like this happen, you want to blow off steam but by that point I really couldn?óŌé¼Ōäót be bothered shouting and screaming at Grosjean,” Ricciardo told Toro Rosso’s website.

“It was a disappointing end to a deeply unsatisfying weekend and I didn?óŌé¼Ōäót want to waste the energy yelling ‘screw you, what the hell were you thinking?’ I just said ‘you?óŌé¼Ōäóre an idiot’, and that was it.”

Grosjean was handed a ten-place grid penalty for the Canadian Grand Prix following the incident. Ricciardo described the stewards’ investigation as an open-and-shut case:

“I’m not surprised Romain picked up a penalty: we were in the stewards?óŌé¼Ōäó office together and, to be honest, I didn?óŌé¼Ōäót need to say much. They had the data and once I saw the video, it was pretty much what I thought it had been.

“Tom Kristensen was there [as a driver steward] and he?óŌé¼Ōäós experienced enough to understand that type of collision.”

Immediately after the crash Ricciardo told his race engineer: “You can probably guess the driver. Looks like he probably misjudged it, went over the top of me.”

It wasn’t the only run-in the pair had during the race weekend. Grosjean accused Ricciardo of holding him up during Q2 and preventing him from reaching the top ten shoot-out. “But it certainly wasn?óŌé¼Ōäót my intention to end my race in the back of his car,” the Lotus driver added.

“Daniel seemed to be really struggling with his rear tyres and they looked to have a lot of graining. I?óŌé¼Ōäód been following him for almost all of the 61 laps but I was caught out by him braking early in the middle of the circuit and there was nowhere for me to go.”

“It?óŌé¼Ōäós a frustrating end to the weekend, but the real damage was done in qualifying when I didn?óŌé¼Ōäót get through to Q3.”

Ricciardo isn’t the first F1 driver to lambast Grosjean in this way. Last year Mark Webber dubbed him a “first-lap nutcase” after a collision in the Japanese Grand Prix.