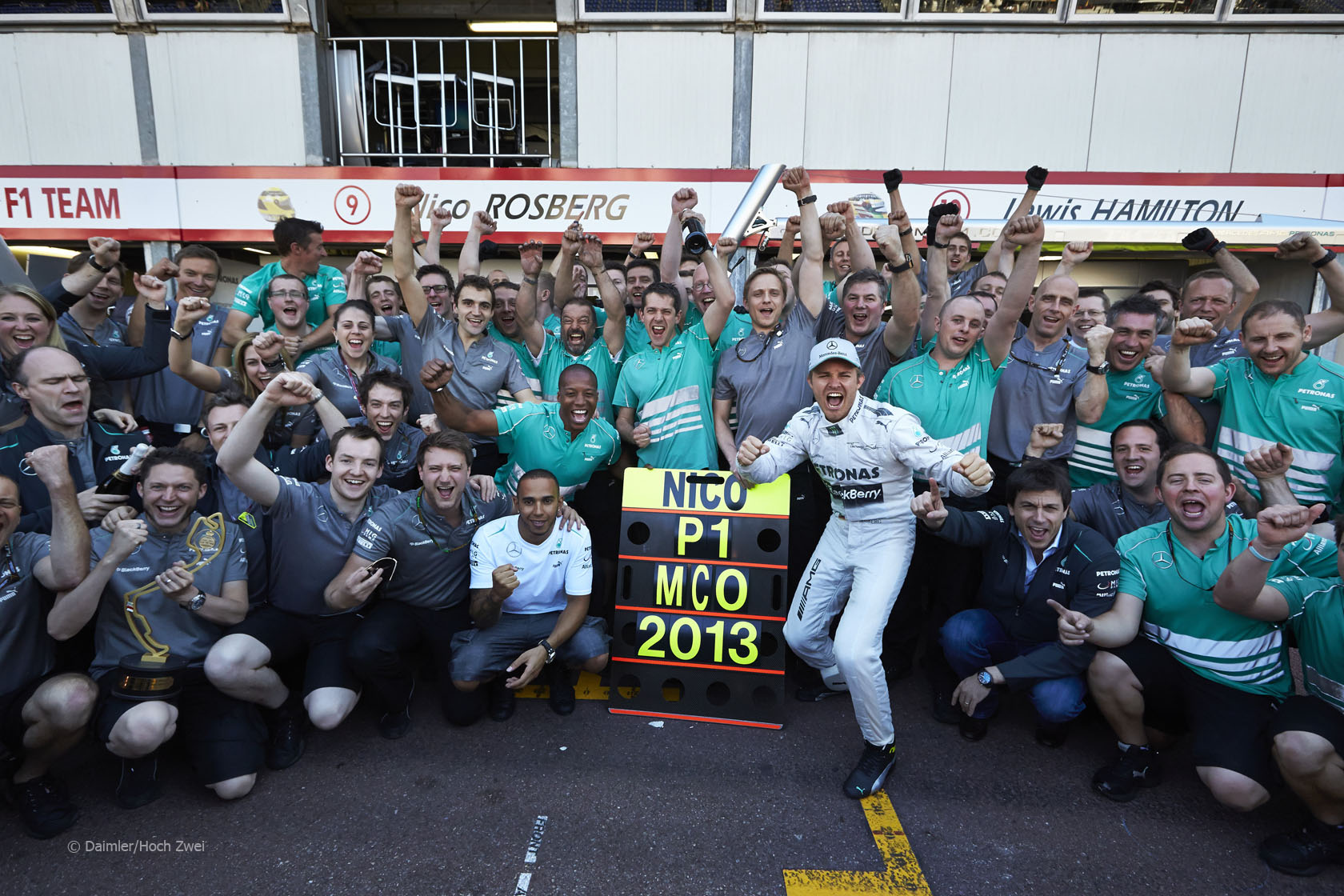 Despite a cloud of innuendo over Mercedes’ test prior to the Monaco Grand Prix weekend, Nico Rosberg’s victory was deemed impressive enough to see him lead the Driver of the Weekend voting for the first time this year.

Adrian Sutil came second after some impressive overtakes and Kimi Raikkonen was voted into third place after his remarkable late-race recovery.

Mercedes were tipped as favourites for Monaco even before the details of their clandestine test for Pirelli became public.

Taking pole position is half the battle at Monaco and once Rosberg had done that he never looked back. He ran a very slow pace in the opening laps to nullify his rivals’ strategic options, and weathered a series of interruptions in the race on the way to the second victory of his career.

Fastest in all three free practice sessions, pole position, led every lap of the race on the way to victory. The ideal weekend.

He didn?óÔéĽÔäót get fazed by the Safety Cars and the red flag period and did a great job at the restarts. He may have been helped a little by the fact that this is Monaco, but you still have to complete the race without making a mistake and he didn?óÔéĽÔäót. Fully deserved the win and is showing once again how skilled a driver he is.
@Magnificent-Geoffrey

Can only be Nico Rosberg for me. Fastest in all practice sessions and led every lap to a well controlled victory.

Nico Rosberg never put a tyre wrong all weekend long and at the Monaco GP that can mean the difference between victory or disaster. Some of the best drivers in the history of the sport have been caught out there with the smallest of mistakes that ended in agony. Hats off to Rosberg!
@Bullmello

Sutil stunned a pair of world champions with brave and expertly-timed passes at Loews hairpin during the race. That left him in the right place to profit from the collision between Sergio Perez and Kimi Raikkonen to claim a strong fifth.

Everyone expected Nico Rosberg to perform well. He had the fastest car in qualifying and he had already set pole on the two previous occasions. He had also had a brilliant Grand Prix in 2012. It wasn?óÔéĽÔäót difficult for him to start on pole, and then stay first for the whole race.

Sutil is the driver that really surprised me. For a few weeks, he was a bit in the shadow of his team mate, and some began to doubt his performances. Sutil has answered to all his detractors this week-end. He managed to get to Q3, while Di Resta was stuck in Q1.

Starting from eighth position he kept out of trouble, avoiding all the incidents, and then he also managed to make some brilliant passes. The end result: he finished fifth, behind the Red Bulls and the Mercedes, who were way faster than the rest.
@Dan_The_Mclaren_Fan

For me it?óÔéĽÔäós Adrian Sutil. He made several amazing overtaking moves where it?óÔéĽÔäós almost impossible to overtake and they were very clean, unlike moves, which were done by some other drivers. His 5th place was well deserved and if he qualified higher, he could?óÔéĽÔäóve fought with the leaders.
@Osvaldas31

Raikkonen had a quiet race to begin with before coming under persistent attack from Perez. Both could have done more to avoid the contact that spoiled both their races but Raikkonen was at least able to continue after a pit stop to replace a punctured tyre. Now came the fireworks: revelling in his grippier rubber he picked off three cars in the last two laps to claim a point.

Kimi Raikkonen. His last lap was the best lap ever driven in Monaco.
@Rudi

Raikkonen for the last couple of laps
Rick (@ViscountViktor)

2013 Driver of the Weekend results

Voting is still open in the Canadian Grand Prix Driver of the Weekend poll so add your vote here:

29 comments on “Rosberg voted Monaco GP Driver of the Weekend”