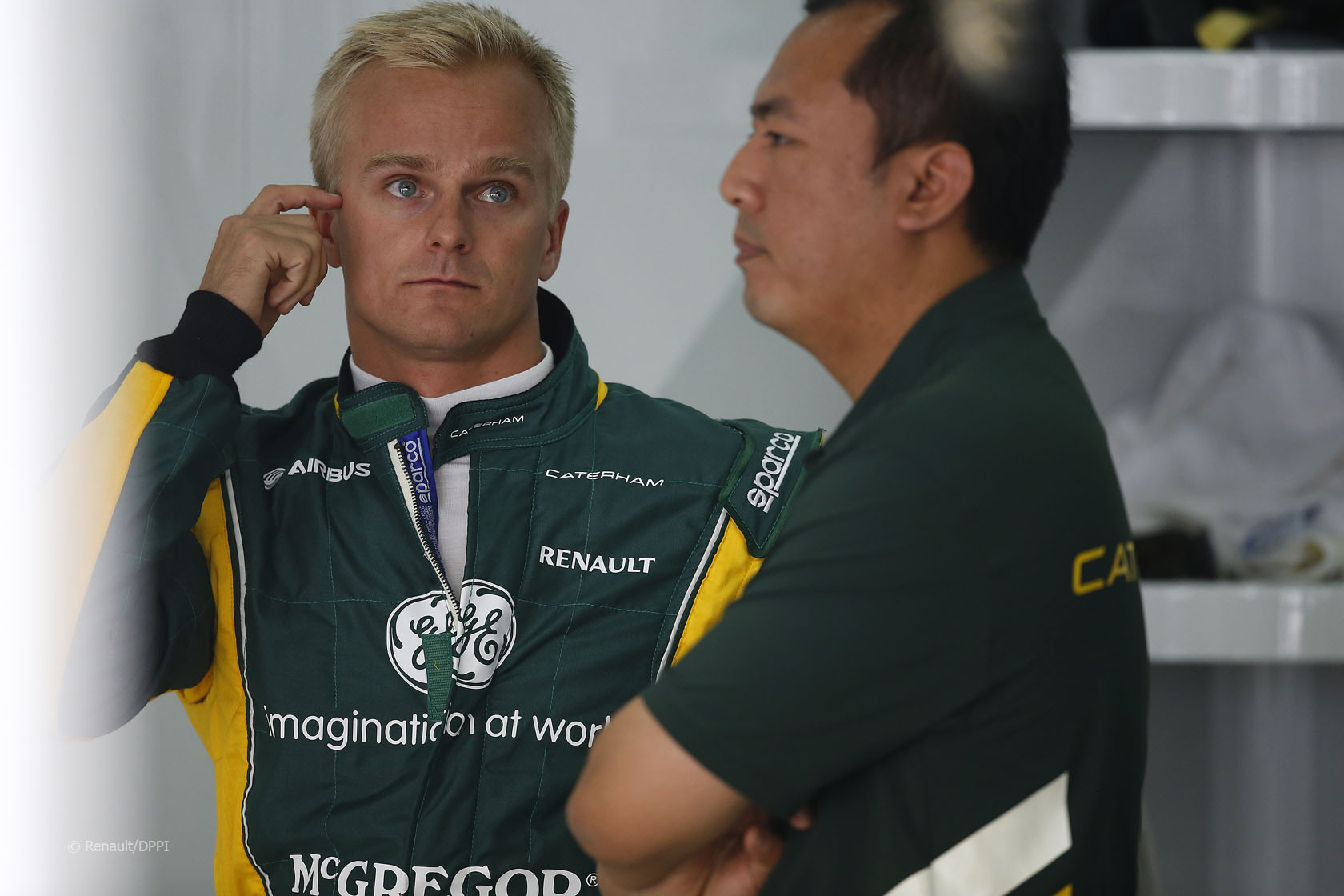 Heikki Kovalainen will drive for Caterham during Friday practice sessions at the next two races.

Kovalainen will take over Charles Pic’s car in tomorrow’s first practice session at Spa-Francorchamps. He will also drive in first practice for the following race at Monza, taking over Giedo van der Garde’s car.

This will be the second time this year Kovalainen has done a pair of practice sessions for the team. He previously drove in practice for the Bahrain and Spanish Grands Prix.

Kovalainen drove for Caterham (previously Lotus) between 2010 and 2012.