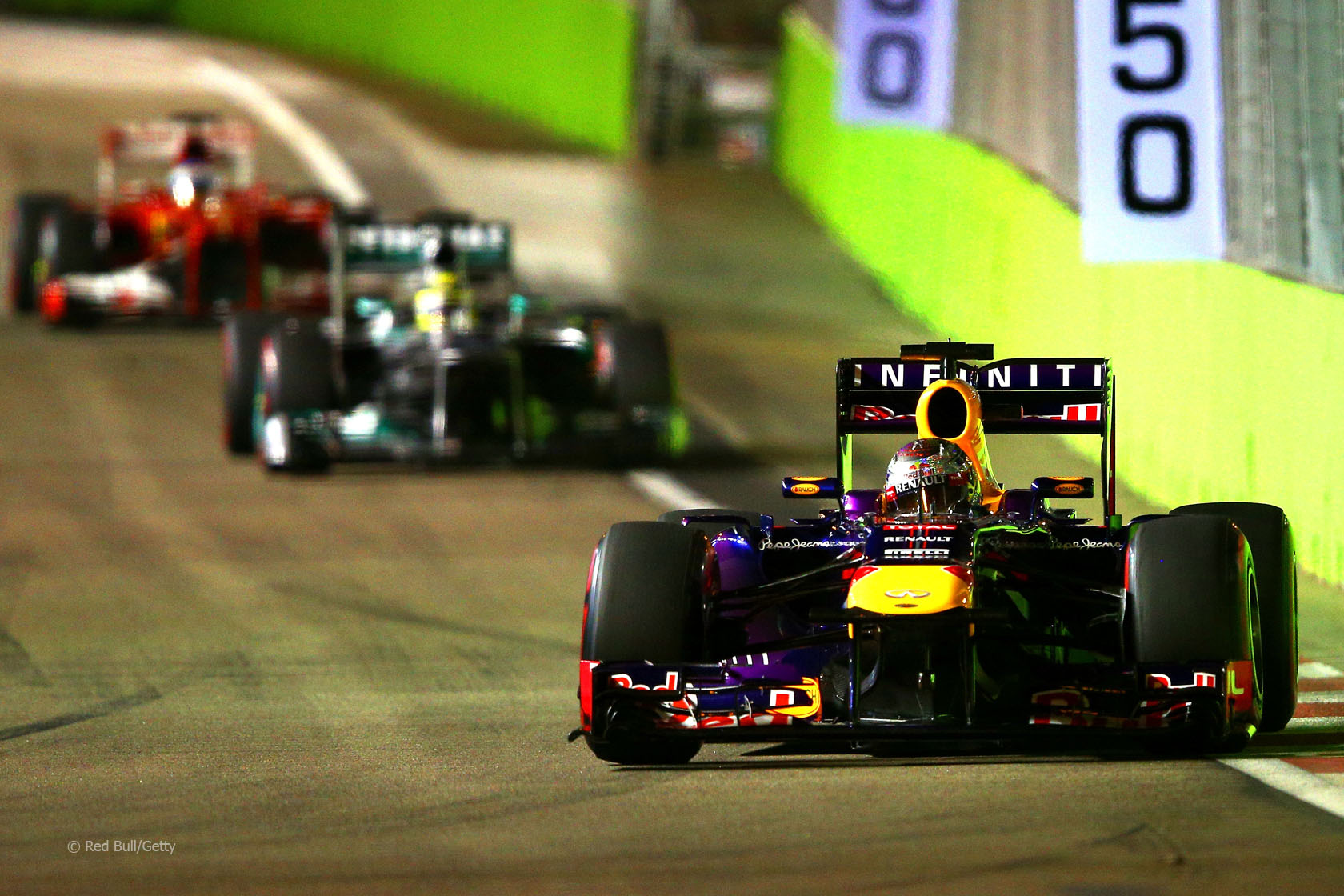 Lewis Hamilton believes the performance advantage Sebastian Vettel had over his rivals during the Singapore Grand Prix was a true reflection of the Red Bull’s superiority.

“I think that’s the true pace of their car,” said Hamilton during the Korean Grand Prix press conference. “Perhaps they have a lot more in the bag than we get to see.”

“I think in the race, on the restart, everyone was pushing flat out, so there should be no reason why they were able to pull away that much. If you look on the on-board he’s on the power, full throttle at least 20 metres before everyone else which is a huge advantage.”

Hamilton said “there’s nothing you can really do” about that kind of advantage. “We’re always asking for rear downforce, always want to be able to get on the power sooner.”

Vettel was over two seconds per lap faster than second-placed Nico Rosberg following the Safety Car period in Singapore. Rosberg was struggling with understeer due to tyre debris lodged in his front wing, and was holding up the cars behind him.

However Felipe Massa believes Vettel will remain the driver to beat for the rest of the season:

“His pace was for sure better than everybody in the last races, depending on the track, especially in Singapore. Going the track that you need more downforce they always show great performance as well. We see. I hope it’s not like that but the chance is pretty much in that direction that he can have more victories.”