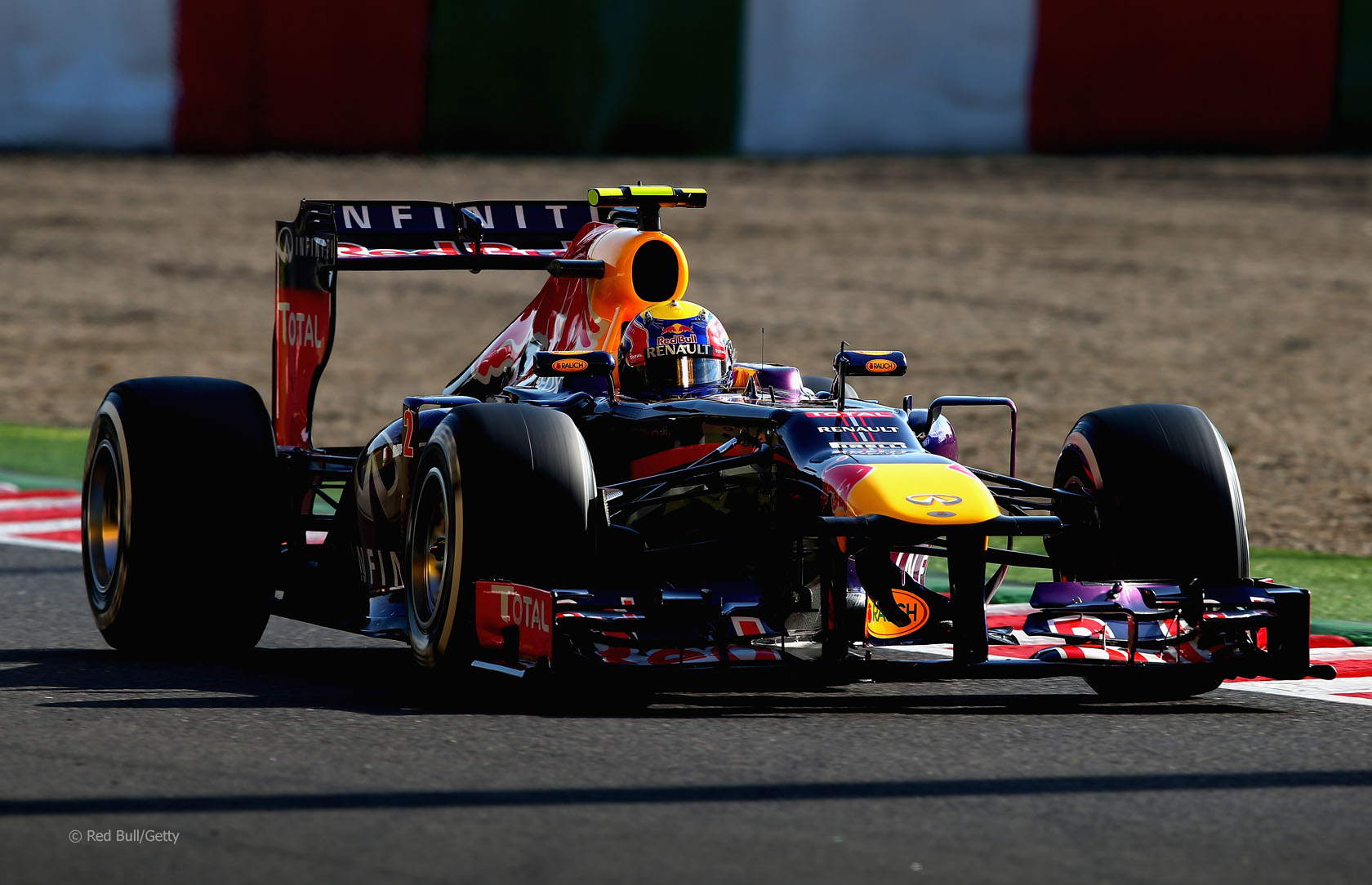 Mark Webber does not think he would have been able to pass Sebastian Vettel to win the Japanese Grand Prix if he’d overtaken Romain Grosjean sooner at the end of the race.

“No, Seb is… he stops 18 laps to go and the tyres are still in pretty good shape,” Webber told Sky after the race.

“So yeah it’s OK he would have lifted the pace if I had arrived on the back of him for sure. There would have been some advantage on my side, for sure, but not enough to probably deal with him for enough laps to go.”

Webber switched to a three-stop strategy in an attempt to put pressure on the leading Lotus. Asked if his short first stint had led him to pitting three times Webber said: “Probably a little bit.”

The Red Bull driver said he queried his team’s decision to switch strategies.

“After that first stop the guys said we were still on two [stops]. No problem, look after the tyres, get to the target lap, and that was the plan. I was looking to wait, off the back of Romain, and try to squeeze up to the back of him between laps 28 and 31, 32, which was the target lap.

“And then I think on 25 the guys said ‘we’re going three-stop’, which was five laps shorter than the two-stop anyway. I asked the guys ‘are you sure this is right?’ and they said ‘yes, we’re going to give it a go’. And when you give it a go you’ve got to give it 100%, and that was it.”

“But then I went there and I thought ‘OK let’s wait again, we can still sit on the two-stop and wait for him to maybe have a bit of tyre problems at the end’. But they said no, we need to pit now, go for the three.

“They had more information, they always generally do in front of them and that was it.”

36 comments on “Webber doubts he would have passed Vettel”