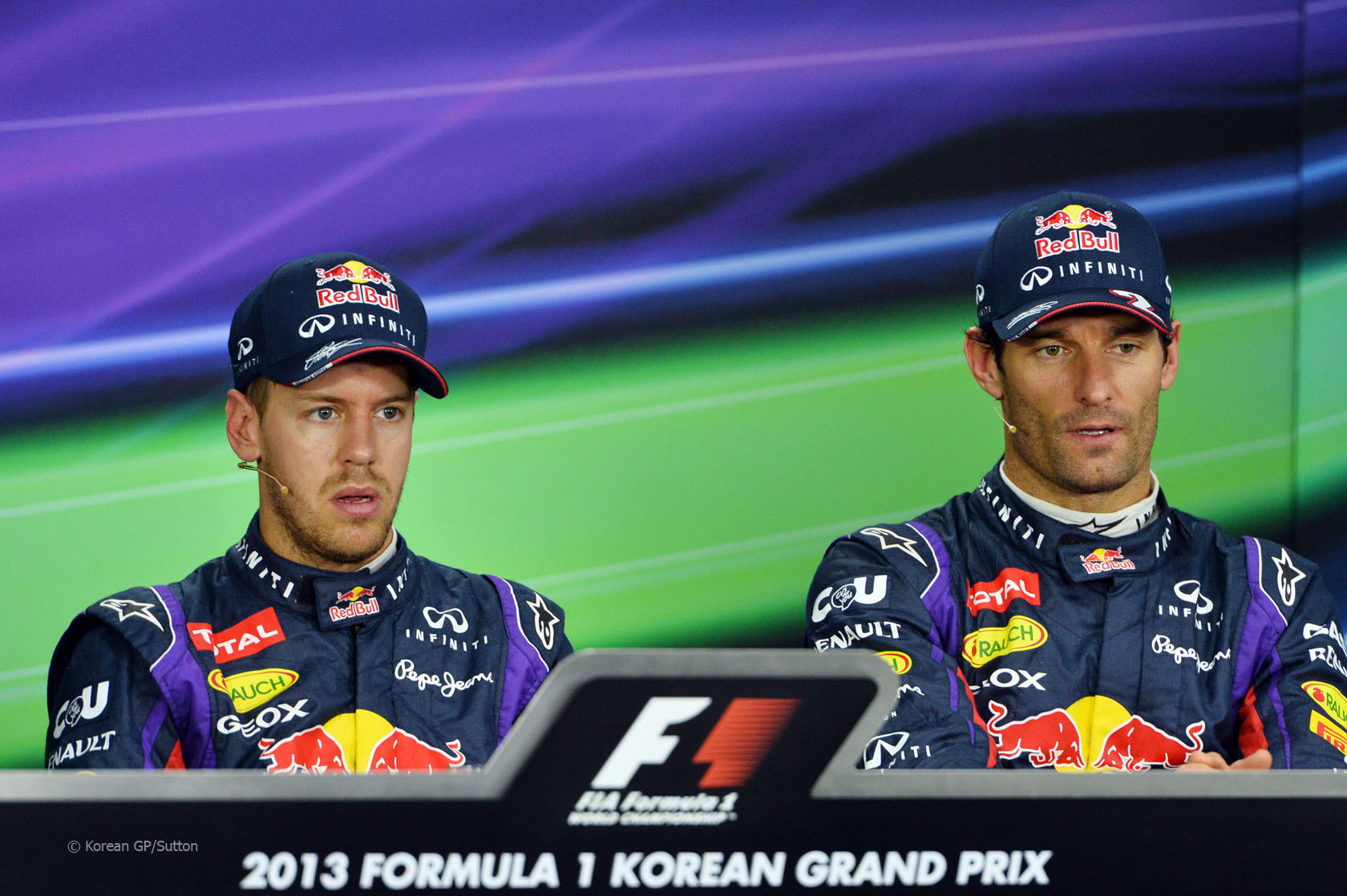 Sebastian Vettel says the contest between him and team mate Mark Webber hasn’t been as one-sided as it might have looked at times.

Webber will leave Red Bull after the last two races of the year. He’s run Vettel close at times, including in 2010 when he nearly won the world championship. But he has scarcely had a look-in this year and is yet to win a race in 2013 despite his team mate racking up 11 victories.

Speaking at Red Bull’s base in Milton Keynes yesterday Vettel said the performance margins between them had often been tighter than people appreciated.

“As team mates for the last five years I think we’ve got to know each other very, very well meaning that I know his strengths and I know his – not weaknesses, but maybe the corners where I have a little bit of an advantage and vice-versa,” said Vettel.

“It has always been very close, maybe closer than what people remember so I appreciated that and therefore I have enormous respect.”

The pair have had some high-profile disputed during their five years as team mates, most recently in Malaysia where Vettel ignored a team order to finish behind Webber and overtook him to win the race.

“Surely you have to be honest as well, we didn’t have the best relationship probably on a personal level, if you look back,” Vettel said. “But at the end of the day I think we were very successful for the team as well, winning four constructors’ [championships] in a row, so make sure that together we scored enough points for the team.”

Vettel said he was pleased to see the team taking a chance on promoting Daniel Ricciardo next year as they had done when he joined the team in 2009.

“For sure next year Daniel is coming in which I think is difficult to judge right now but I’m sure he will do a good job and he will try very, very hard to give me a hard time.

“Equally you could look back and say obviously you look for a strong driver line-up in 2009, Mark was part of the team and a strong element of the team, and why would you sign up – if you want to have a successful future – sign up somebody else? Spend some more money and maybe you have success guaranteed.

“But I think this hasn’t been the approach back then, fortunately, it’s why I’m still sitting here. And it’s good to see also that the approach hasn’t changed to make use of the drivers we have, or Red Bull has, within its driver programme.”

31 comments on “Vettel: Battle with Webber was closer than it looked”