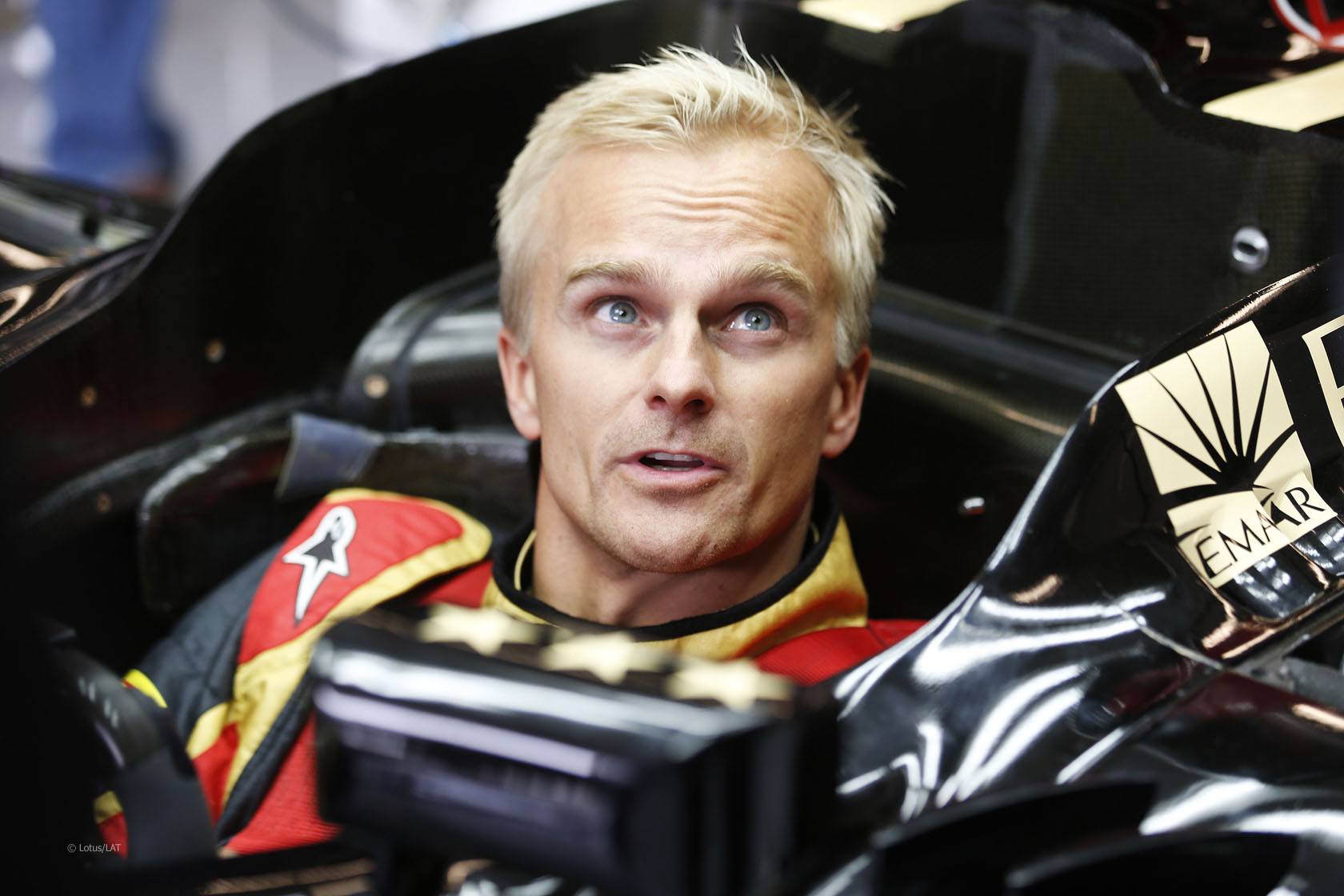 Heikki Kovalainen says he’s hoping for a smooth start to his two-race stint for Lotus in place of Kimi Raikkonen.

“It’s a big uphill task but on the other end you know I wouldn’t have accepted if I didn’t think I was up for the job. Hopefully we have a smooth weekend, we can get up to speed relatively quickly and the work that I’ve done with Caterham this year hopefully that is at least some sort of baseline there for me to start working with the team, starting to race again basically.

“I think we only find out on Sunday evening how difficult it is and it was,” he added.

Kovalainen revealed Lotus first contacted him two days after Raikkonen declared he would not participate in the last two rounds of the season.

“I absolutely didn’t expect it to happen,” said Kovalainen. “It was a phone call on Tuesday evening that surprised everyone, I guess. [Team principal] Eric [Boullier] called me and was asking if I was available to race for the last two races.

“Obviously being on a contract with Caterham I could not straight away guarantee that I’m available and obviously prior the release from Caterham we had to wait, we didn’t have a lot of time. So it was quite exciting times but here we are and I’m really looking forward to the last couple of races with Lotus.”

23 comments on “Kovalainen hoping for “smooth weekend” with Lotus”