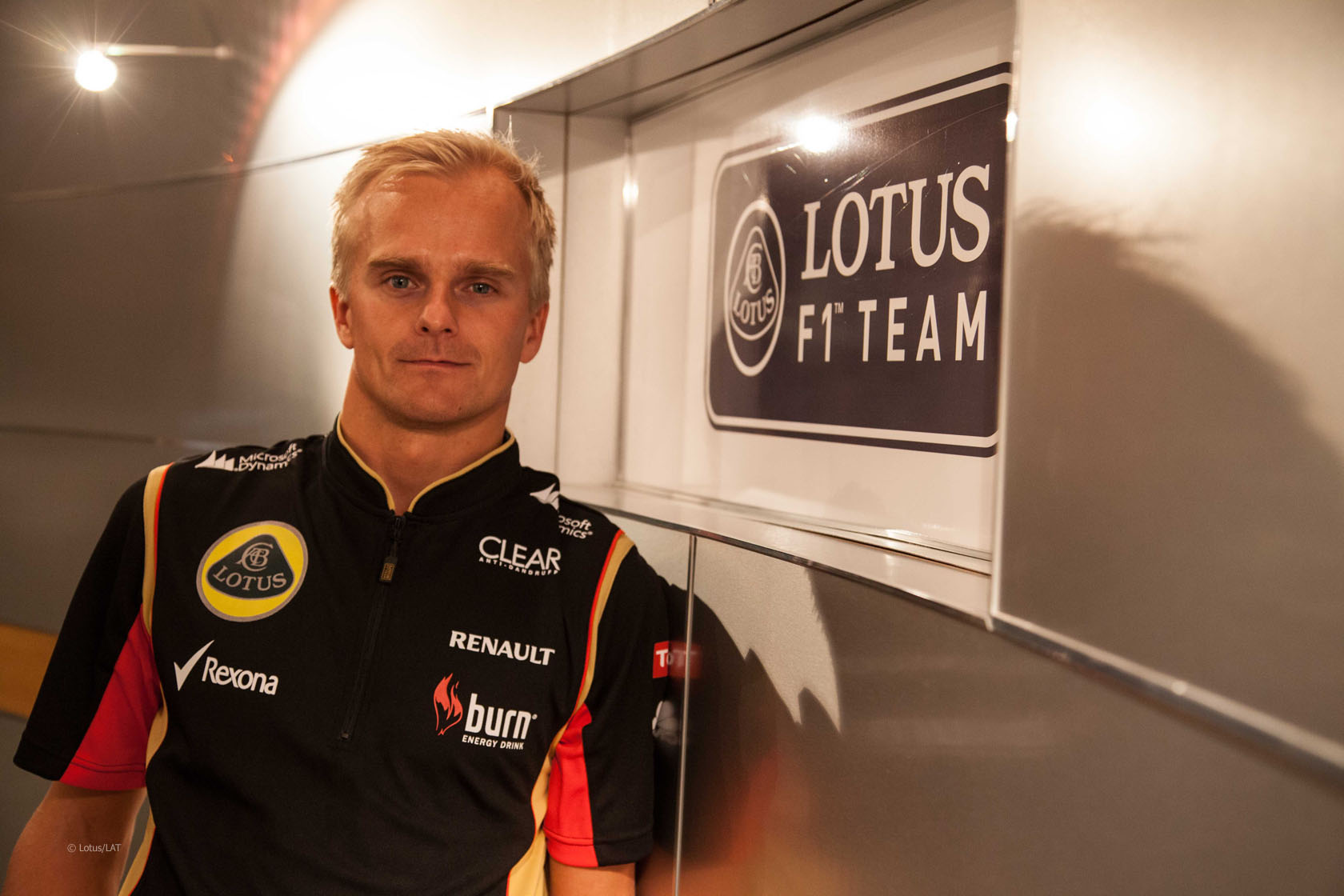 Heikki Kovalainen will make his first F1 start in almost 12 months as a substitute for Kimi Raikkonen at Lotus this weekend.

Kovalainen, who lost his seat at Caterham at the end of last year, will also race for the team in the Brazilian Grand Prix next week. He has continued to drive for Caterham in practice sessions this year making a total of six appearances.

The news is a blow for Lotus’s third driver Davide Valsecchi, who has tested for the team twice this year but has been passed over for the drive.

Team principal Eric Boullier said they faced a “difficult decision” over who should substitute for Raikkonen.

“On the one hand we had our reserve driver Davide Valsecchi – who is a talented young driver that has shown a great deal of promise – and on the other we had the opportunity to bring in a seasoned Formula 1 competitor in Heikki.

“Whilst we have every faith in Davide’s abilities, we are obviously involved in a tight constructors’ championship battle, so it was decided that the experience Heikki could bring to the team would be invaluable as we aim to finish the year in the best position possible.

“We must thank Tony Fernandes and Caterham F1 Team for their professional conduct in allowing Heikki to join us for the final races of this season.”

Kovalainen also added his thanks to Fernandes and said his return to racing with Lotus was a “fantastic opportunity”.

“We’ve seen this year that the E21 is a car which can win races and finish on the podium, so I will be pushing hard for the best results possible,” he said.

“Jumping into a car so late in the year when you have not been competing in the races all season will be a challenge, but I know the team at Enstone well so I have no concerns about getting up to speed.”

Caterham team principal Cyril Abiteboul said: “We are pleased that we can help to give him the chance to race again in 2013.”

“He is a valued member of the Caterham family and we’re sure that he’ll do a good job in the USA and Brazil.”