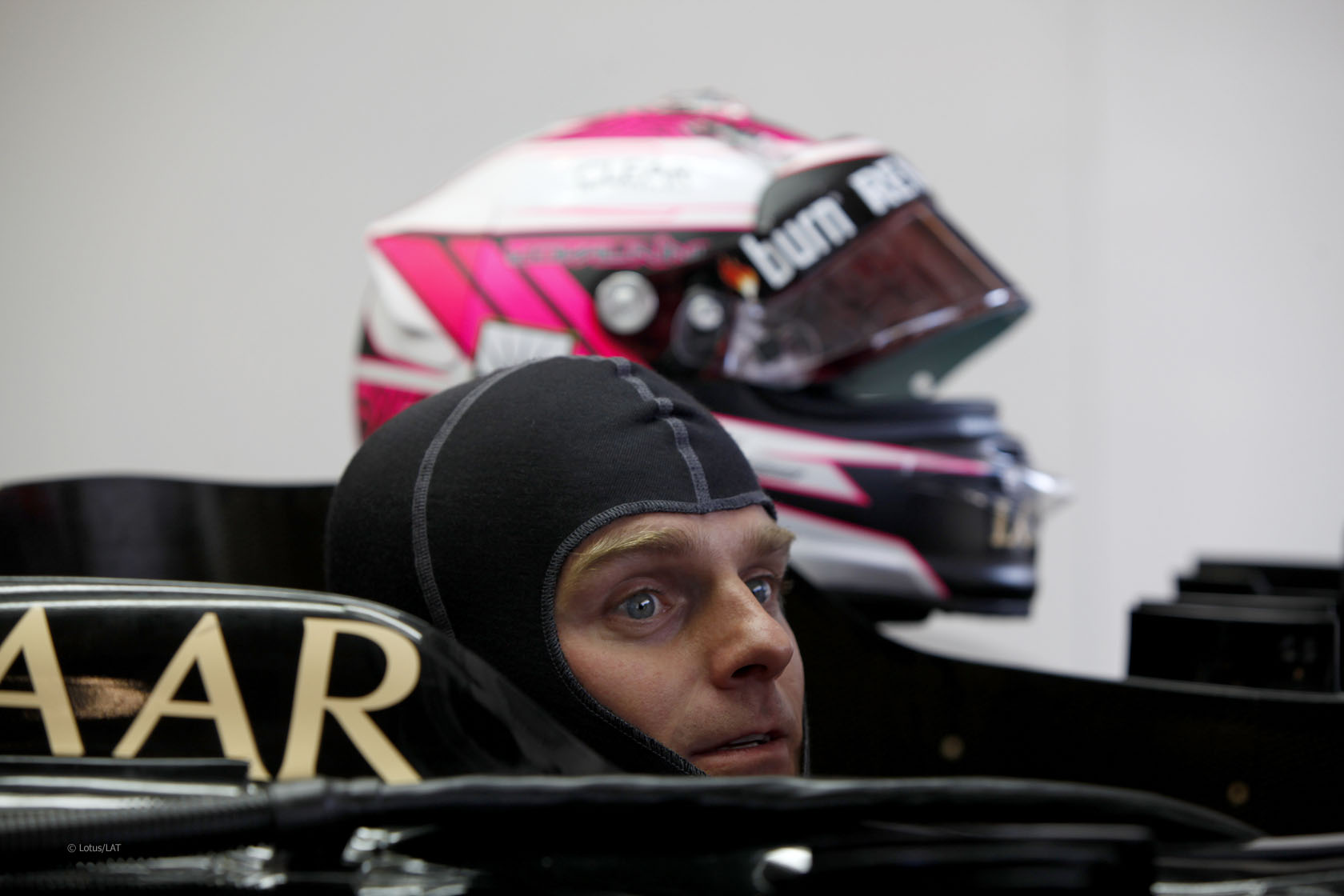 Lotus technical director Nick Chester said the team were impressed by his first day as a substitute for Kimi Raikkonen.

“We feel he’s done a brilliant job today, particularly with all the procedures and getting used to driving a new car,” said Chester.

“We felt it might take a little bit of time but actually straight away in P1 he was already looking after the car very well. He got into P2, fifth quickest, good long runs, I think he’s done a great job today.”

Kovalainen described his first day in the car as “pretty smooth”.

“We?óÔéĽÔäóve had no major issues on track today and we just need to keep chipping away to see how good we can get the car for tomorrow and Sunday.

“We lost a bit of track time in the morning, but the car balance was reasonably good straight away. I was able to settle in and work immediately on the set-up and tyre work.

“All the procedures and routines are quite similar up and down the pit lane, plus I?óÔéĽÔäóm familiar with all the systems from driving with a Renault engine already this year and previously, so it was a pretty straightforward day.”