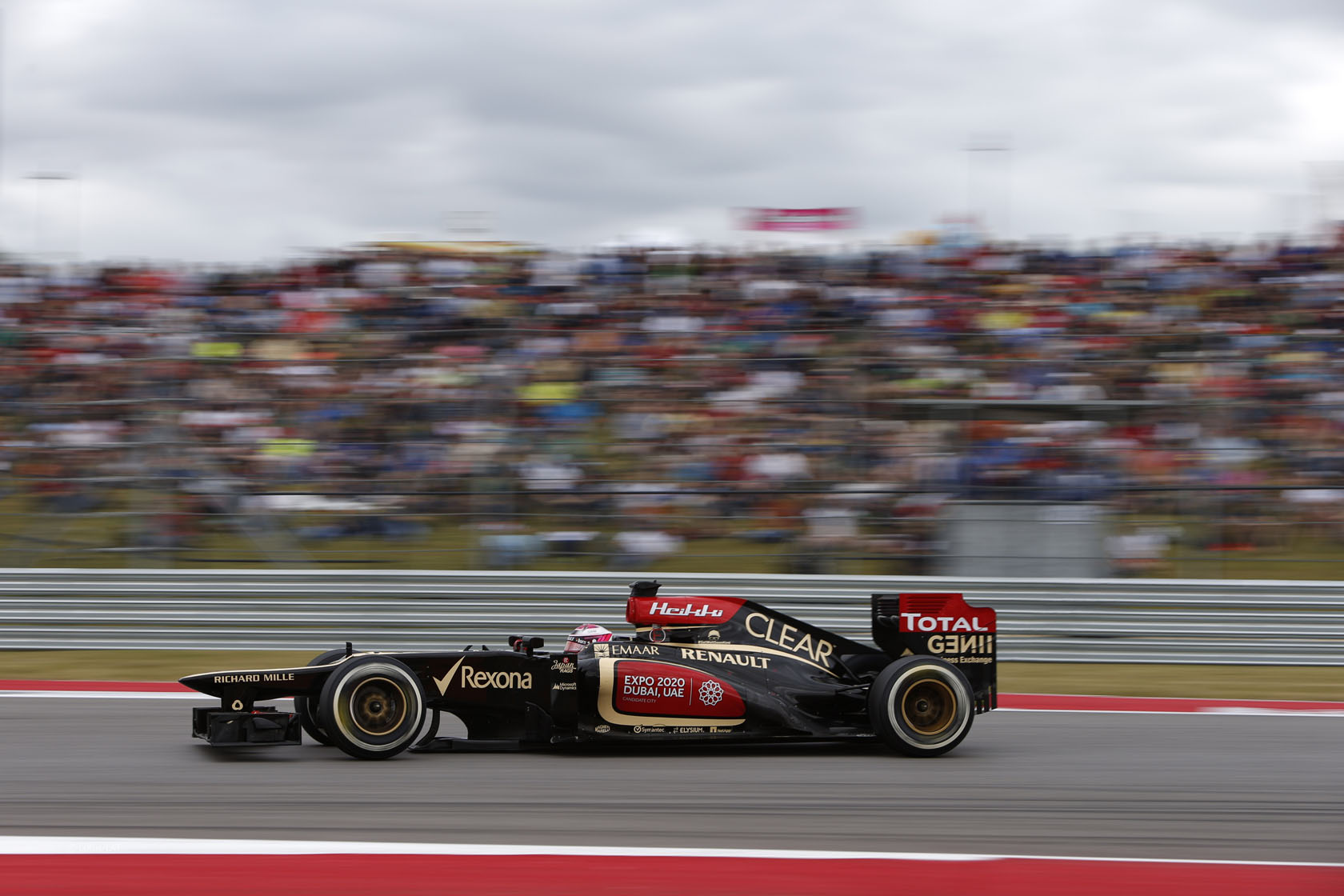 In the round-up: Quantum Motorsports chief claims there is “zero chance” of the group’s deal with the Lotus team falling through.

Ecclestone: No Mexico or New Jersey races in 2014 (Austin Statesman)

Bernie Ecclestone: ?Û‘Èº?ÙAt the moment, we more or less have an agreement with (Mexico). They have to provide the circuit. It’s causing a bit of a problem. It needs to be rebuilt, their circuit.?Û‘Èº?ÿ

Webber: ?Û‘Èº?ÙSometimes you’re happy that you’ve given your best and you’re on the front row, but today I think one slipped through the fingers. But anyway we’re up there and well done to Seb. He put three sectors together, I put two and a half together and just dropped it in the last sector.?Û‘Èº?ÿ

“A crowd of 78,886 fans watched Infiniti Red Bull Racing?Û‘Èº‘‰Ûs Sebastian Vettel as he continued to dominate his Formula 1 racing rivals by taking the pole on Saturday afternoon for Sunday?Û‘Èº‘‰Ûs Formula 1 United States Grand Prix at the Circuit of The Americas.”

Kaltenborn: “The basis for this performance change has certainly been the update we brought in in Hungary. And from then on things did develop. It didn?Û‘Èº‘‰Ût materialize right away into points, but we could see that we were getting more and more competitive and closing the gap to the teams ahead of us.?Û‘Èº?ÿ

Really happy with performance in qualy, was nearly a great lap.. Thanks guys for all your support! Looking forward to tomorrow's race! #F1

After Pastor Maldonado suggested that his team have been deliberately tampering with his car this weekend, reader hunocsi is not impressed.

To be honest, on the basis of the great improvement Williams showed in 2012 after the woeful 2011 season, I hoped Williams could make one more step forward and get close to the top guys, with a wish for Maldonado to be good this year ?Û‘Èº‘«£ I know, he crashed a lot last year, but also performed very well in Spain, Singapore or Abu Dhabi for example, so I really wanted him to get his act together, because his raw speed is excellent, and if he drove clear, his aggressive style would put him up in the top.

Sadly, Williams couldn?Û‘Èº‘‰Ût produce a good car for this year, that happens ?Û‘Èº‘«£ like with McLaren. But how Maldonado has handled the situation with the interviews throughout the year, but especially this week, to say the least it annoys me very much. How can a man so talented say such stupid things like his team didn?Û‘Èº‘‰Ût do as much for him as he did for them, or that they play with his car? It?Û‘Èº‘‰Ûs unbelievable. I am very disappointed with him and though I can?Û‘Èº‘‰Ût say I was a fan of him, from now on I won?Û‘Èº‘‰Ût support him at all.
hunocsi

Is Daniel Ricciardo really deserving of one of Formula 1’s top seats?

If you want a birthday shout-out tell us when yours is by emailling me, using Twitter or adding to the list here.

And happy birthday to Domenico Schiattarella. The Italian driver ended the 1994 season and began the 1995 campaign with Simtek, managing a best finish of ninth, four laps down, in Argentina. However the team ran out of money following the Monaco Grand Prix three races later and with that went any future Schiatarella might have had in F1.

He later competed in sports car races in America.

59 comments on ““No question” about Lotus deal, says Quantum chief”