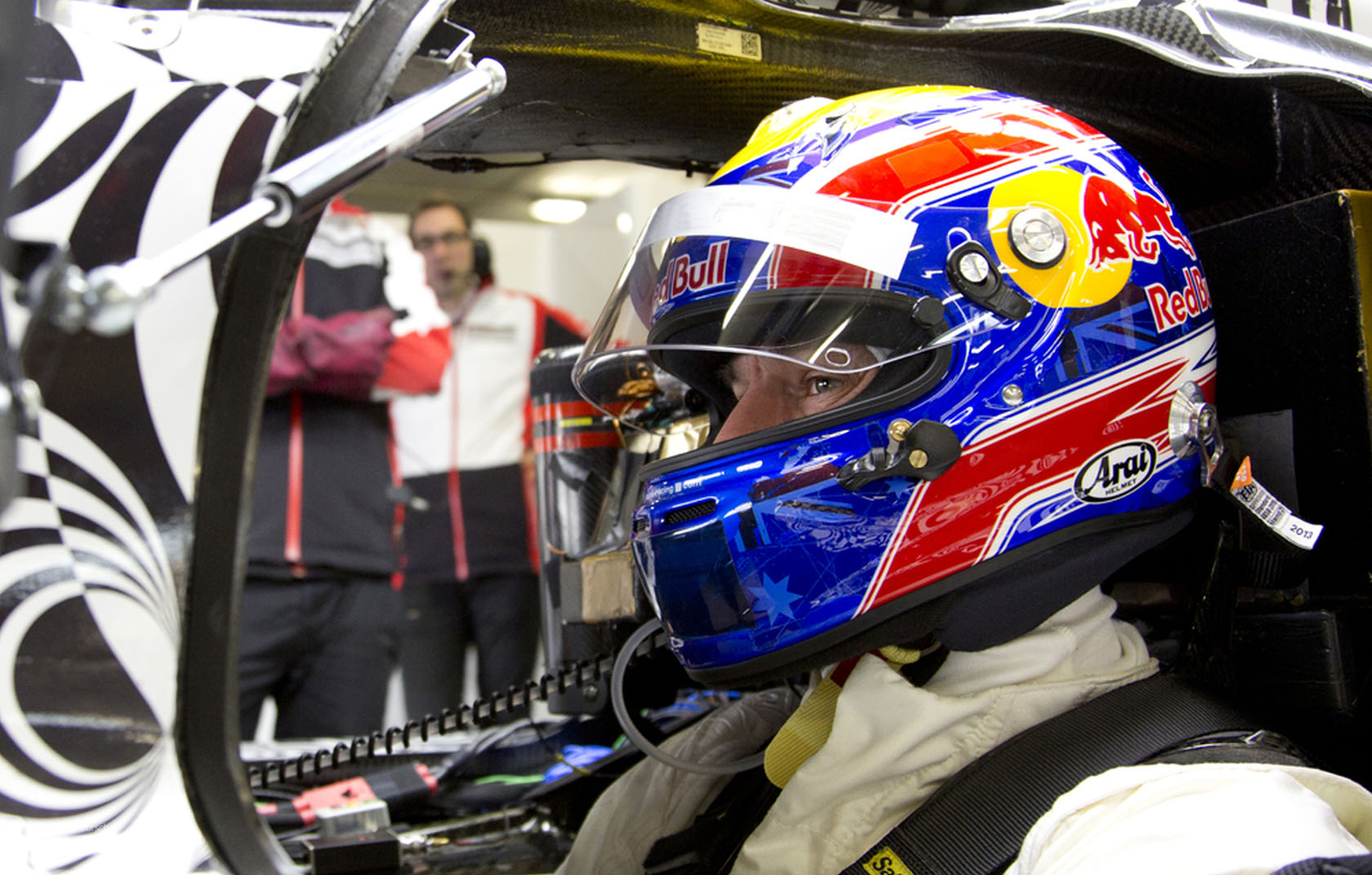 Mark Webber has driven Porsche’s 2014 LMP1 contender for the first time at the Autodromo Internacional do Algarve in Portugal.

Webber will race for the team in the World Endurance Championship next year following his departure from Red Bull. He will officially join the team on January 1st next year and thanked his former F1 team for allowing him to make an early start to his Porsche career.

“This is a major and important step for us all,” said Webber. “It allows me to integrate with the team quicker and to contribute to further developing the LMP1 race car.”

“We have a long way to go and it involves a lot of hard work. I have no misconceptions about this.”

The car ran in camoflaged bodywork as it has done in all of its tests so far.

62 comments on “Webber has first run in LMP1 Porsche”