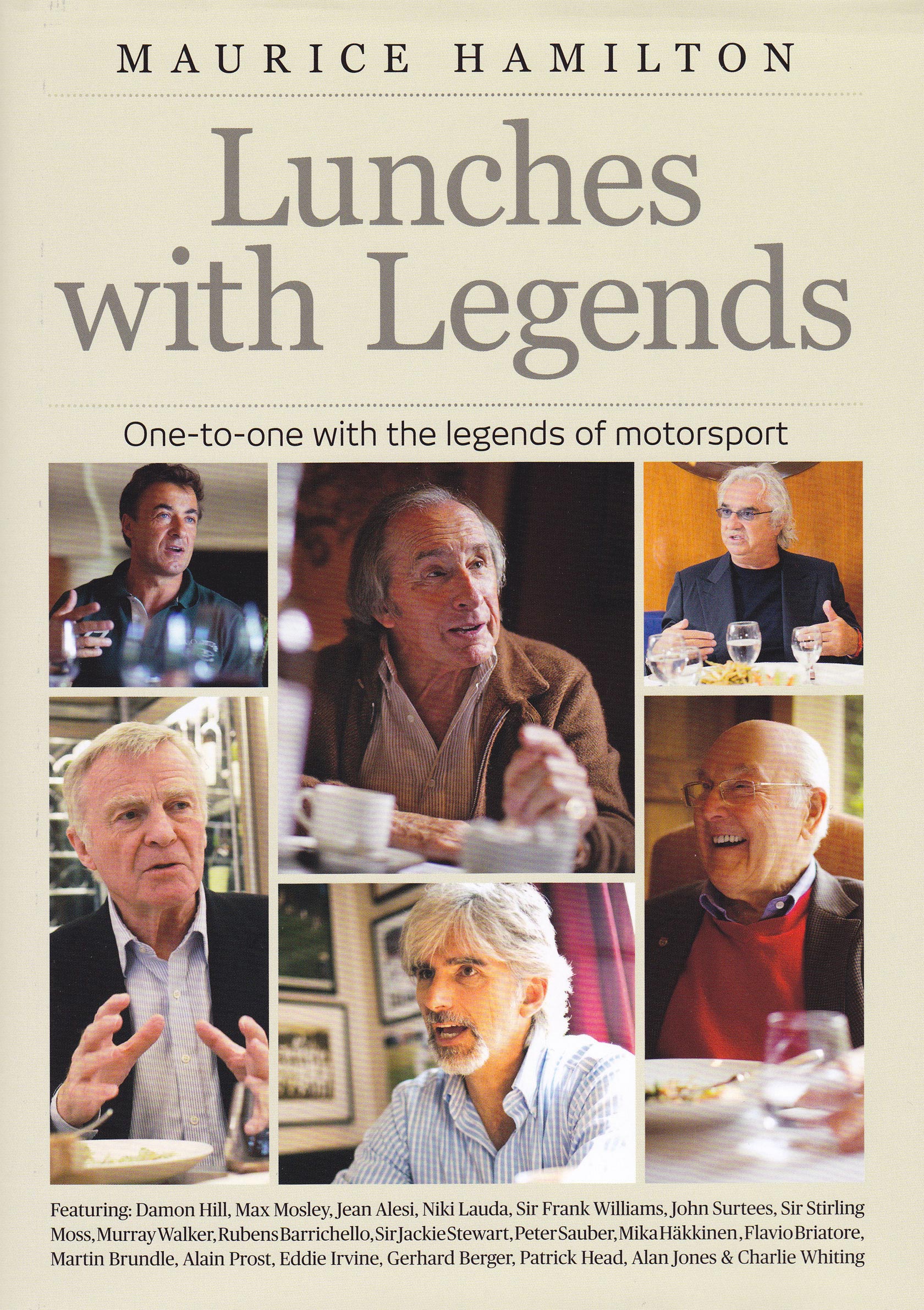 Last year I was disappointed to learn Haynes were to cease publishing new motor racing books. As many F1 Fanatic readers will know dozens of their books have been featured here over the years and many of them were reviewed very positively.

That was certainly the case for one of the last Haynes titles I received for review, Motor Sport Greats in Conversation, a collection of 24 interviews with famous motor racing figures originally conducted by Simon Taylor for MotorSport magazine.

Twelve months later, here is a new book with an identical premise. Lunches with Legends compiles 20 in-depth interviews originally published in F1 Racing magazine written by another of the sport’s great chroniclers, Maurice Hamilton (author of Williams, Chequered Conflict and others).

Wisely, from the three years’ worth of interviews available for Lunches with Legends, the selection chosen for this book does not overlap too closely with those of the title it bears such a conspicuous similarity to. Only Damon Hill and Alan Jones appear in both. Unlike Greats, all the characters in Legends are principally known for their time in Formula One. And what a fascinating cross-section of champions, team owners and political figures it is, including Max Mosley, Frank Williams, John Surtees, Peter Sauber, Charlie Whiting and Alain Prost.

The most significant difference between the two is that while Taylor’s interviews are written as straight prose, Hamilton’s remain in their original Q&A form. To an extent this is a matter of personal preference, but I found that made for a less enjoyable read, and the text would have benefitted from the occasional interjection of context to smooth the transition from one subject to another. It’s also missing an index.

However there’s no faulting Hamilton’s knowledge of his subjects and his talent for getting the best out of them. The introduction to the Niki Lauda interview is proof of that, and Lauda’s account of responding to the crash involving one of his airliners that claimed over 200 lives in 1991 is fascinating.

Lunch with Legends suffers a little in comparison with Motor Sport Greats as you get slightly less for 50% more outlay. But if the F1 Racing interviews passed you by this is a fantastic purchase for some winter reading as we wait for the off-season to finish. It’s limited to a print run of 3,000 initially, so you’ll have to move quickly if you want a copy.

Lunches with Legends: One-to-one with the legends of motorsport

14 comments on ““Lunches with Legends” reviewed”