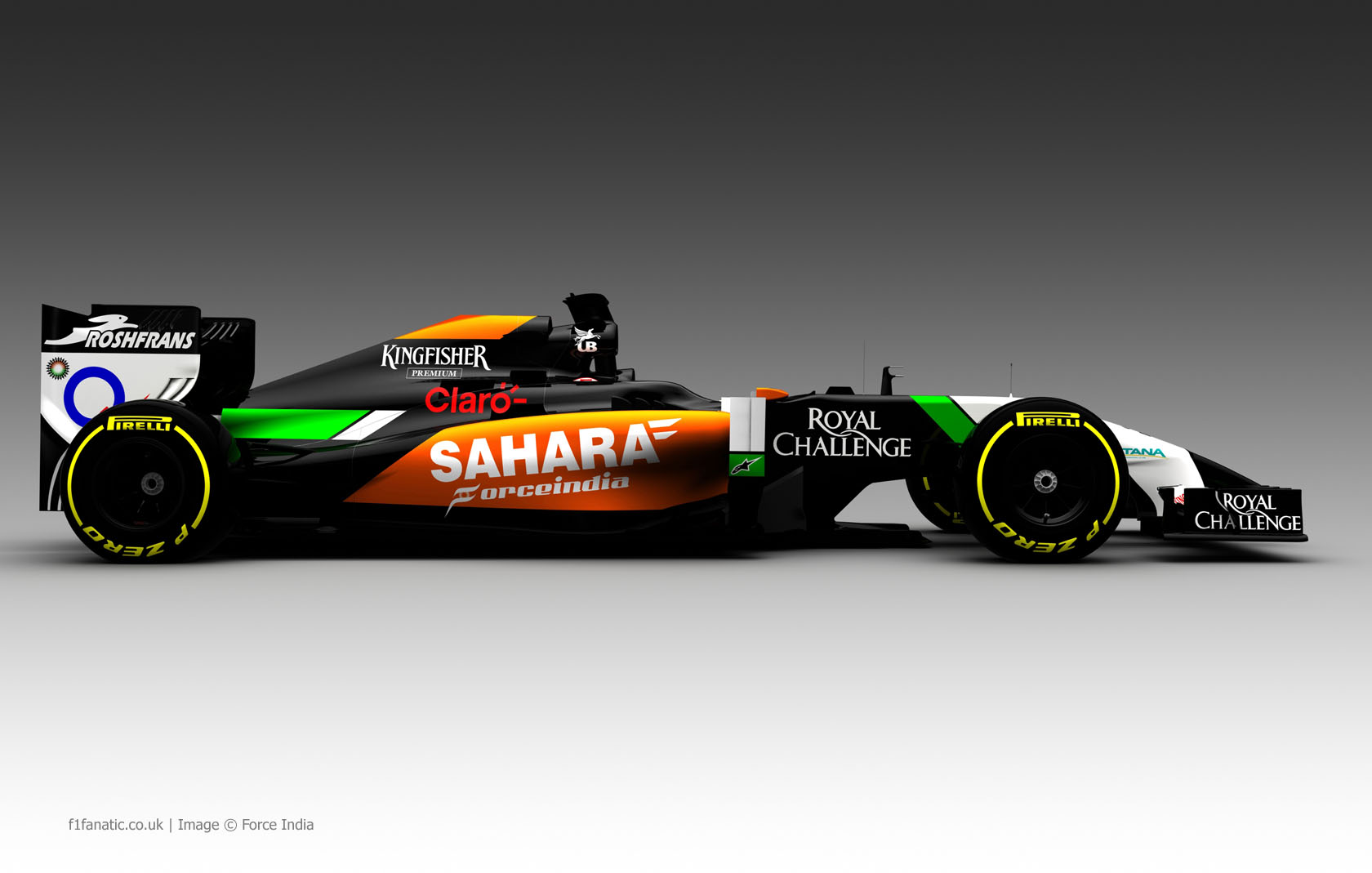 Force India have become the first team to reveal an image of their 2014 F1 contender.

The VJM07 was shown for the first time by the team on Twitter.

“I always enjoy seeing a Formula One car come to life, but I can?óÔéĽÔäót remember so much anticipation ahead of a new season,” said managing director Vijay Mallya.

“The rule changes have presented us with a huge challenge, but I?óÔéĽÔäóm very proud of the approach we have taken and the direction of the technical team. It will be fascinating to see how different teams have interpreted the rules and at this stage it?óÔéĽÔäós impossible to predict who has done the best job.

“It?óÔéĽÔäós this uncertainty that should make for a very entertaining season of racing, which is great news for the fans.”

One of the first noticeable changes on the new car is a revised colour scheme. “The new car livery reflects the way Sahara Force India is evolving.”

“I?óÔéĽÔäóve always believed the saffron, white and green livery has made our cars the most eye-catching, but adding black as a main colour gives us a fierce new look.”

“The national colours of India remain an integral part of the car, but the tiger has become a panther! As we enter our seventh season with new partnerships and new names on the car, our contemporary new look helps signal our ambition.”

The new car is the first to benefit from Force India’s expanded agreement with Mercedes which includes its 1.6-litre V6 turbo engine, energy recovery systems and eight-speed gearbox. Force India confirmed the car uses pullrod suspension at the rear and pushrods at the front.