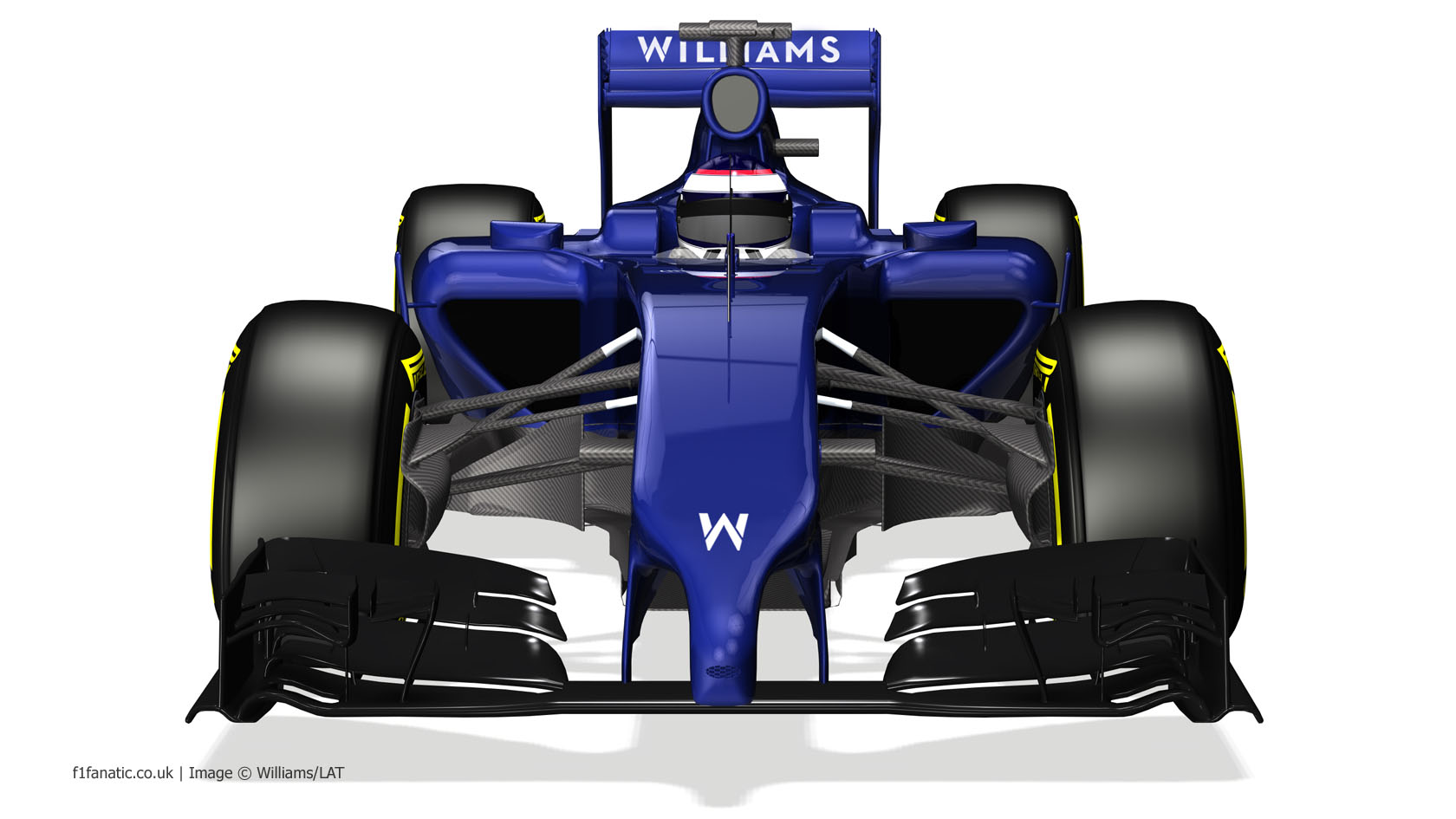 Williams have become the second team to reveal the look of their 2014 F1 car – and the first to show off the design of the widely-debated 2014 noses.

The FW36 features the strikingly narrow, tapered nose which is expected to feature on many of this year’s cars due to the framing of the new regulations.

It is the first Williams to be powered by a Mercedes engine, and chief technical officer Pat Symonds said he was pleased with their collaboration so far.

“This is the first time that Williams has worked with Mercedes in F1 and we’ve been very impressed,” he said. “Their professionalism and commitment have been notable and we’re as confident as we can be that the power unit will be competitive.”

Aside from the striking nose design, which is expected to feature on most cars this year, the car features enlarged air intakes to cool the sophisticated new engines and energy recovery systems.

“Overall the cars will need more cooling this year,” Symonds explained. “The demands on water and oil cooling may be slightly diminished, but the [Energy Recovery System] is significantly more powerful and hence needs more cooling. We also have to cool the charge air from the turbocharger compressor which requires a substantial intercooler.”

“There’s a lot more technology on the cars this year,” he added. “We’ve had turbo-charged engines in F1 before; what’s different this time is that it is much more than just an engine change, it is a completely different system.”

“We’ve gone from a slightly hybridised normally aspirated engine to a fully integrated hybrid power unit with novel technology at its heart.”

Symonds said production of the car went according to plan. “But it’s been a challenge to get the car down to the weight limit.”

“It’s been achievable, but it hasn’t been easy because the new power unit is heavier than the outgoing V8.”