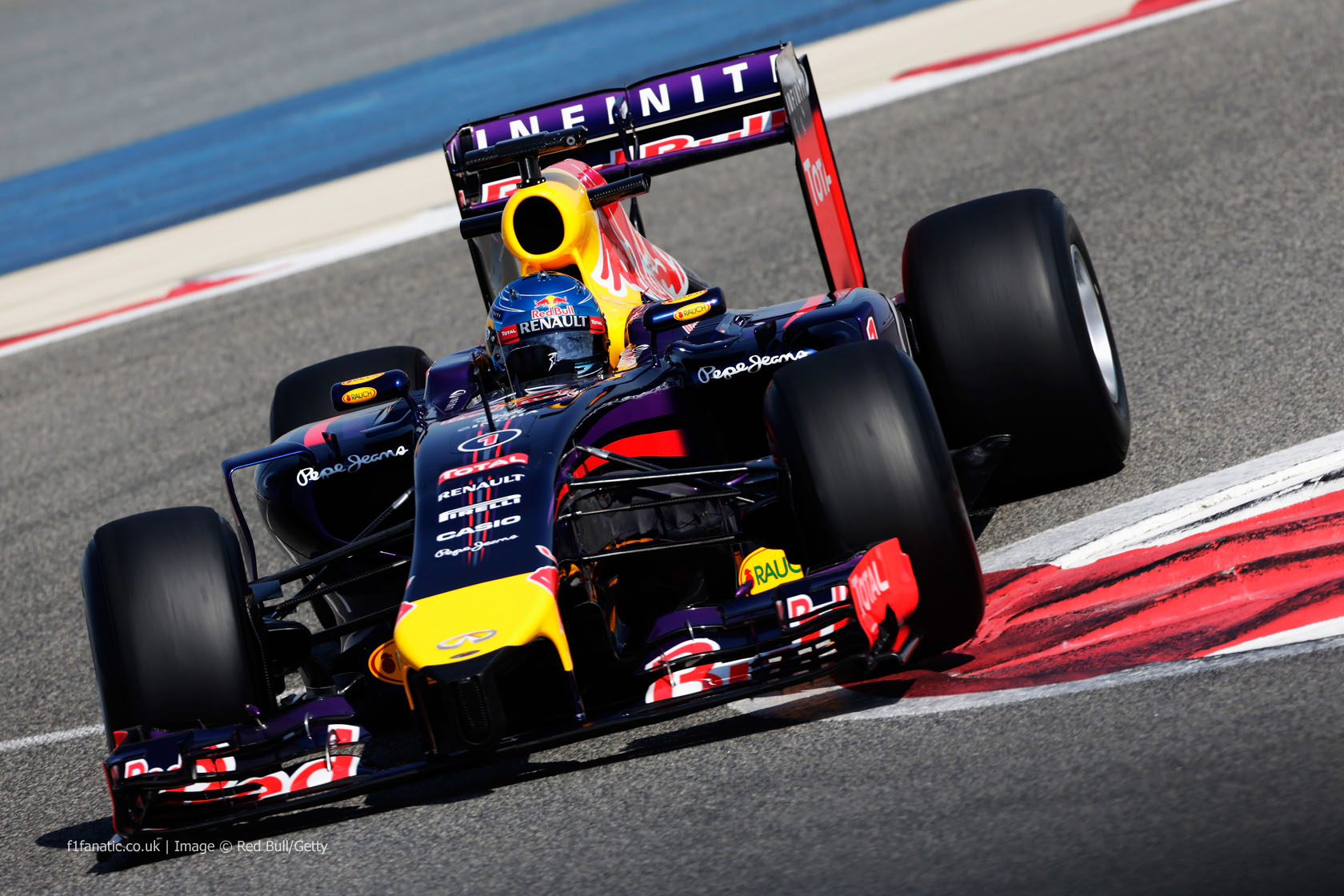 All eleven of the Formula One cars which will compete of the 2014 F1 season have now had their first appearances in public and most have run at two different tracks.

F1 Fanatic’s 2014 car information and image pages will be updated throughout the year as teams develop their designs and tweak their liveries.

You can find all of the pages below and access them via the Pictures menu above.

Adrian Newey’s answer to the nose regulations is more elegant than some but the champions are struggling to get their new challenger running reliably.

The early signs are encouraging for Mercedes as the W05 has been both reliable and quick so far, allowing Lewis Hamilton and Nico Rosberg to cover over 3,000km between them.

Having overhauled their wind tunnel and made major hirings to their technical staff a lot is riding on Ferrari’s latest challenger, which has run very well in testing.

The only car not to appear at the first test of the year, Lotus’s E22 features by far the most striking solution to the new nose rules with a radical twin-pronged set-up.

McLaren have avoided the temptation to go too conservative after a disastrous 2013 – the new MP4-29 features an innovative rear suspension design.

Force India were first to reveal their car but it wasn’t until Jerez that we got a proper look at it – and another of this year’s unsightly noses.

The new brake-by-wire system has been a cause of grief for Sauber during testing and Adrian Sutil has had a couple of off-track excursions.

Given Renault’s troubles this may have been the worst time for Toro Rosso to make the switch from Ferrari. Rookie Daniil Kvyat has only logged 71 laps in the car.

Conversely to Toro Rosso, Williams must be pleased with the timing of their switch to Mercedes power. The curbing of exhaust-blown diffusers also plays into their hands.

In six days of running Marussia’s MR03 hasn’t mustered enough laps to add up to a race distance, despite a switch to Ferrari power for their new car.

It’s not a looker (none of them are) but Caterham have at least managed a reasonable amount of running with their Renault-powered car, probably due to its visibly more generous cooling.