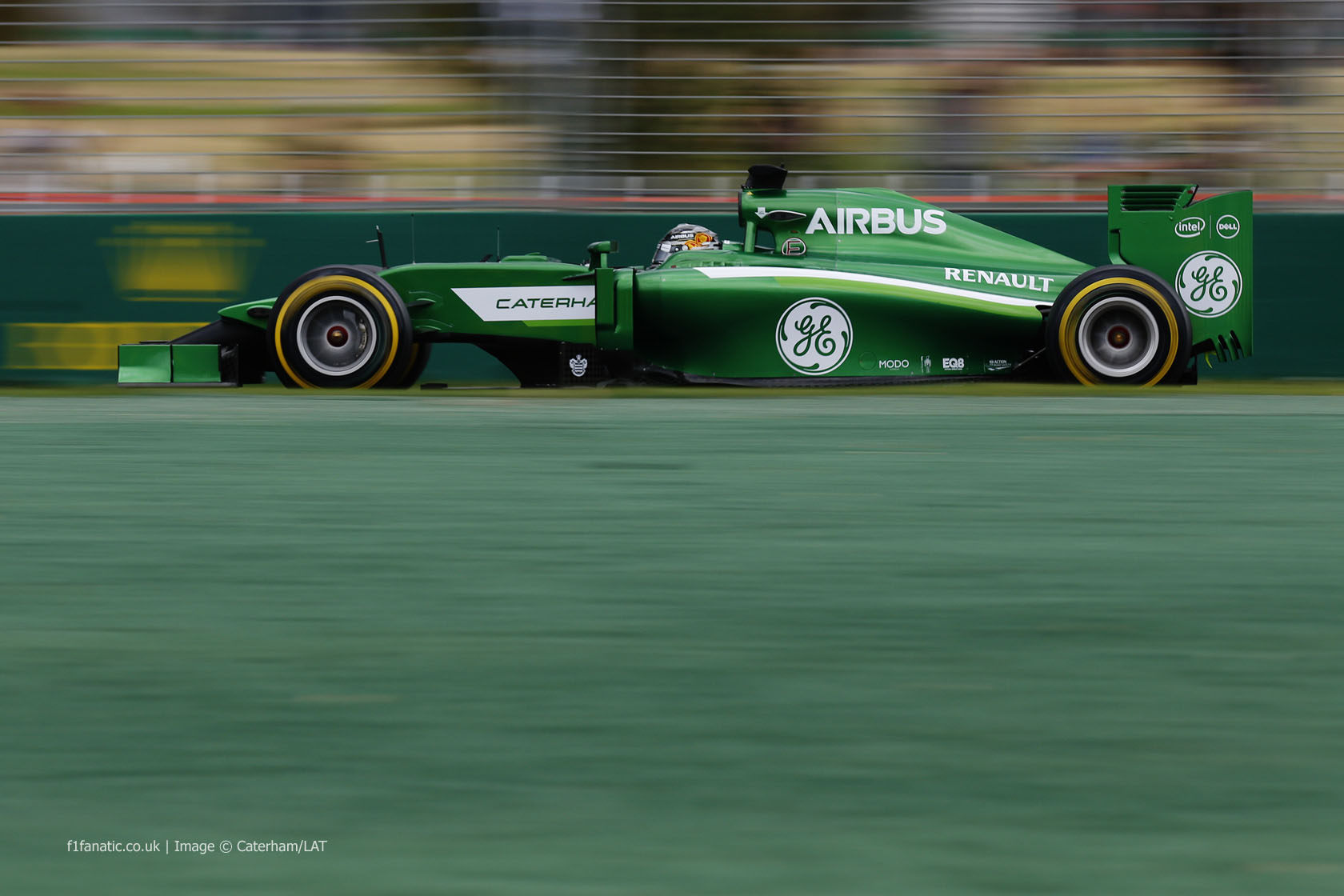 Kamui Kobayashi says Caterham haven’t begun tapping the potential of their CT05 after a series of problems during the first race weekend of the season.

Kobayashi failed to set a time during Friday practice in Australia and crashed out on the first lap of the race when his rear brakes failed.

“It was a very difficult week for us because we missed the Friday,” he said.

The team managed some running in final practice, but “unfortunately we have not much time to change any settings during the practice three to qualifying” Kobayashi explained. “So we went into Q2, which is really happy, but I think we had a lot more potential than what we have. Still we didn’t bring any potential from the car.”

Kobayashi described the moment he discovered his brakes were not working properly at the start of the race: “In this point I feel really straightaway, I was like panic because I felt I was really crazy, because my car it doesn’t stop.”

The Caterham struck Felipe Massa’s car putting both out of the race. “I feel really sorry to Felipe,” said Kobayashi. “I don’t want to crash like that and I don’t want to end up like that but that’s what happened.”

5 comments on “Caterham has “a lot more potential” – Kobayashi”