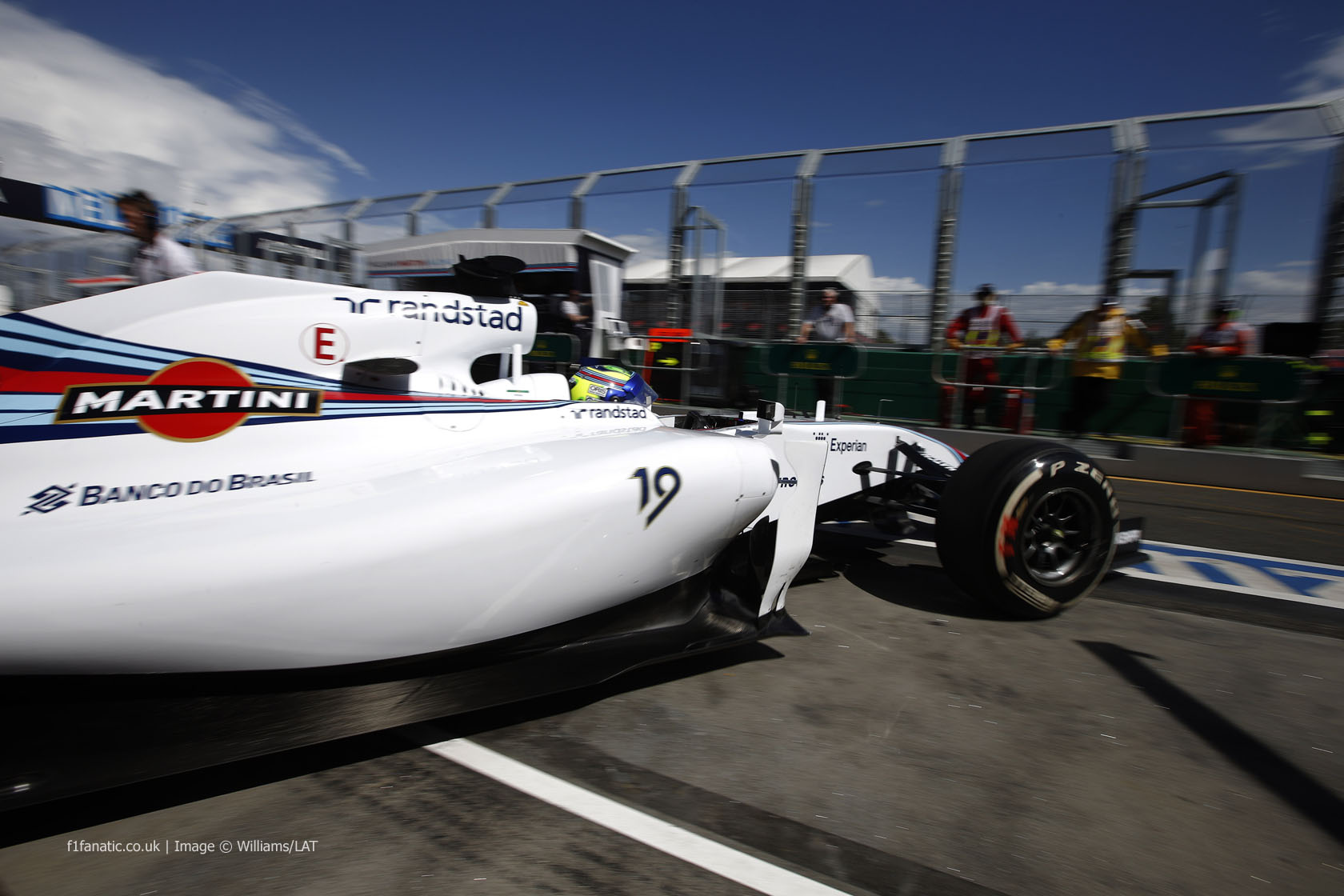 Just one week after enduring the punishing heat of Sepang, the teams and drivers prepare for an event in similarly scorching conditions in Bahrain – albeit minus the oppressive humidity of Malaysia.

With its long straights, big stops and multiple traction zones, the Bahrain International Circuit is more a test of car than driver. Its many slow corners make severe demands of engines, brakes and rear traction, but the desert track is far from the most spectacular venue on the calendar.

Adding a new dimension to the spectacle and marking the tenth anniversary of the race, this year’s Bahrain Grand Prix will be held under lights for the first time. It is only the third venue in F1 history to do so, joining Singapore and Abu Dhabi.

Holding the race after night fall will grant the drivers some respite from the conditions. But how will their equipment stand up to the strain?

Although reliability has not been hit as hard by the new engine regulations as many feared, we have seen a significant increase in failures so far this year. Those who choose to use the same engines for a third race in a row this weekend could be the first to discover any problems. Remember that during testing it was once the engines neared the end of their lives that most failures became apparent.

Given the short turnaround between Malaysia and Bahrain and with both circuits sharing many similar characteristics, it would not be at all surprising to see a similar result this weekend to what we saw last Sunday.

At the front, the battle for the win is likely to once again be between the Mercedes pair of Lewis Hamilton and Nico Rosberg, while the extent of the fallout from the team orders controversy at Williams in Malaysia remains to be seen.

F1’s presence in Bahrain remains a bone of contention and, for some, a stain on its reputation. Attendance at the race is invariably poor, and not just because local fans don’t want to sit in the blazing sun for two hours. Given the ongoing tensions in the area, and the drama the Force India team was involved in at the track two years ago, F1 personnel would be forgiven for feeling edgy about holding more of the race weekend in darkness.

But like any circuit it only needs the right combination of circumstances to produce a good race, as it did last year. Long straights and twin DRS zones (which are unchanged from last year) mean you tend not to see one car following another for very long.

Thankfully for the teams, Bahrain is the one round of the season where wet weather tyres are never called into action. The hot, dry climate means that we are likely to have our first fully dry qualifying of the season this weekend – something Williams in particular will be grateful for.

The FW36s looked very quick at the circuit in pre-season testing when they were still decked out in their dark blue liveries. They haven’t realised that potential in the two races so far, but with a dry weekend a near-certainty and a track which is likely to play to their strengths, this could be their time to shine. Given how dire Red Bull’s situation appeared to be the last time the team visited the Bahrain International Circuit four weeks ago, the reigning champions can’t failed to be thrilled at their emergence as the second-fastest team so far.

But Daniel Ricciardo will head to Bahrain hoping for a weekend free from misfortune after his setbacks in the first two races. He goes into the race weekend already on the back foot, carrying a ten place grid penalty because his team released him too quickly during a pit stop last week.

A third place finish was as good a result as Sebastian Vettel could have expected in Malaysia. The world champion believes his team are developing at a faster rate at this stage of the season than their Mercedes rivals, and he knows another podium could help sustain his hopes of a fifth successive title until the RB10 becomes more competitive.

Aside from Lewis Hamilton’s retirement in Melbourne, 2014 could not have started any better for Mercedes with the team taking two wins from the opening two races and establishing themselves as the clear early title favourites.

Hamilton has never won in Bahrain before, but he is likely to be the favourite to take the chequered flag first this weekend after such a strong performance last time out in Malaysia.

Nico Rosberg, last year’s pole sitter, heads to Sakhir still leading the championship. He had the measure of Vettel in Sepang, but it’s becoming clear that the main obstacle between him and the title is his team mate, who he’s yet to beat in a straight fight in a competitive session this year.

Fighting a Force India for fourth place, unable to mount a challenge for the podium places, is not what Ferrari expected at this stage in the season.

Fernando Alonso may have to prepare for another race as ‘best of the rest’ this weekend, but he will be pleased to have had the measure of his new team mate so far this season as Kimi Raikkonen admits he had more work to do to get comfortable in the F14 T. Romain Grosjean gave Lotus a boost in Malaysia by being classified in Sepang, one lap short of completing the E22’s first race distance.

The team can increasingly turn its attention to finding more speed from the car and hopefully challenge for points in Sakhir – a circuit that has been a happy hunting ground for Lotus in recent years.

“Twice I’ve raced there in Formula One and twice I’ve been on the podium,” says Grosjean, “so that’s a good record.”

“The race finish at Sepang is a big encouragement. No matter what the challenge, we are aiming for podiums and strong performances wherever we go.”

Compared to the double podium result in Melbourne, sixth and ninth in Sepang showed that McLaren still have work to do if they are to become regular podium attendees this season.

This weekend marks Jenson Button’s 250th grand prix appearance – making him the fifth most experienced driver in the sport’s history.

Kevin Magnussen may adopt a more cautious approach this weekend after contact with Kimi Raikkonen in Malaysia. This is the first race where the rookie is competing on a track where he has already driven a Formula One car. After two weekends of mixed fortunes for Force India the team will be anticipating racing around a circuit that has tended to suit their cars in recent seasons.

Nico Hulkenberg continues to deliver impressive performances and challenged Fernando Alonso’s Ferrari for fourth place in Sepang after executing a two-stop strategy. But he admits he’s “never had a good result” in Bahrain before.

Team mate Sergio Perez will be hoping for any kind of result in Bahrain after technical problems prevented him from even taking the start in Malaysia.

“Last year I had a good race with McLaren and it was one of my best races,” says Perez. “Normally it’s a good track for me, so I’m looking forward to it.”

Sauber head to Bahrain on the back of a double non-finish in Malaysia, with both Adrian Sutil and Esteban Gutierrez having retired from mechanical issues within three laps of each other.

The team are looking for their first points of the season, having narrowly missed out in Melbourne with an 11th and 12th place finish but with both cars running outside the points when they retired.

Sutil expects the tyres to behave different in the new conditions, “but we can go back to our data from the night race in Singapore”.

Giedo van der Garde will drive in place of Esteban Gutierrez during the first practice session.

Two races, two points finishes for 2014’s youngest rookie Daniil Kvyat mark an impressive beginning to his F1 career. Like his fellow rookies, Kvyat will have the benefit of driving at a track where he’s already logged plenty of miles in an F1 car.

Jean-Eric Vergne reached Q3 in both of this season’s opening two rounds but he’s never qualified higher than 16th or seen the chequered flag in Bahrain on his two previous visits. Felipe Massa’s refusal to follow his team’s orders and let team mate Valtteri Bottas past in the closing laps at Sepang was one of the major talking points of last weekend. While the issue will have undoubtedly been addressed by team management behind closed doors, it’s unlikely that we have heard the last of this controversy.

If being told to yield for his team mate last weekend has disrupted his settling in to the Williams team, Felipe Massa will undoubtedly be boosted by the arrival of his long term Ferrari race engineer and friend Rob Smedley from Ferrari.

Having told the team that he was “a hundred percent sure” that he could have passed Button in Sepang, Valtteri Bottas will be out to prove that he really does have more pace than Massa in Bahrain as well as recording a third successive points finish. Avoiding a grid penalty for the first time this year would be a good place to start.

By his own admission, 2014 has not been the best start to the season for Jules Bianchi. Mechanical trouble in Melbourne left him out of contention before the race had begun and a collision with Maldonado in Sepang left him with brake problems and a licence endorsement.

“I am hoping that Bahrain will be a case of third time lucky,” he said.

After a frustrating opening race in Melbourne, Caterham will have been delighted to have seen both cars safely reach the chequered flag at the team’s ‘home’ race in Malaysia.

Kamui Kobayashi’s 13th place finish matched that of Max Chilton’s finish for rivals Marussia in Australia, while Marcus Ericsson will have been satisfied not just to have finished a race for the first time in his career, but to beat Chilton to the flag in the process.

Caterham’s test driver Robin Frijns will make his debut appearance at a grand prix for the team in Friday practice, driving Kobayashi’s car. He should set his sights low, however: Kobayashi has only covered a total of 11 laps on the two Fridays so far this season.

“It’ll be interesting to see how much progress we’ve made across the whole car since I last drove it,” says Frijns, “but my focus will be on helping the team prepare for the race weekend, something I know I can add value to, assuming we have a problem-free session!”

Are you going to the Bahrain Grand Prix?

If you’re heading to Bahrain for this weekend’s race, we want to hear from you.

Who do you think will be the team to beat in the Bahrain Grand Prix? Have your say below.

34 comments on “Can Williams recapture Bahrain test form in race?”