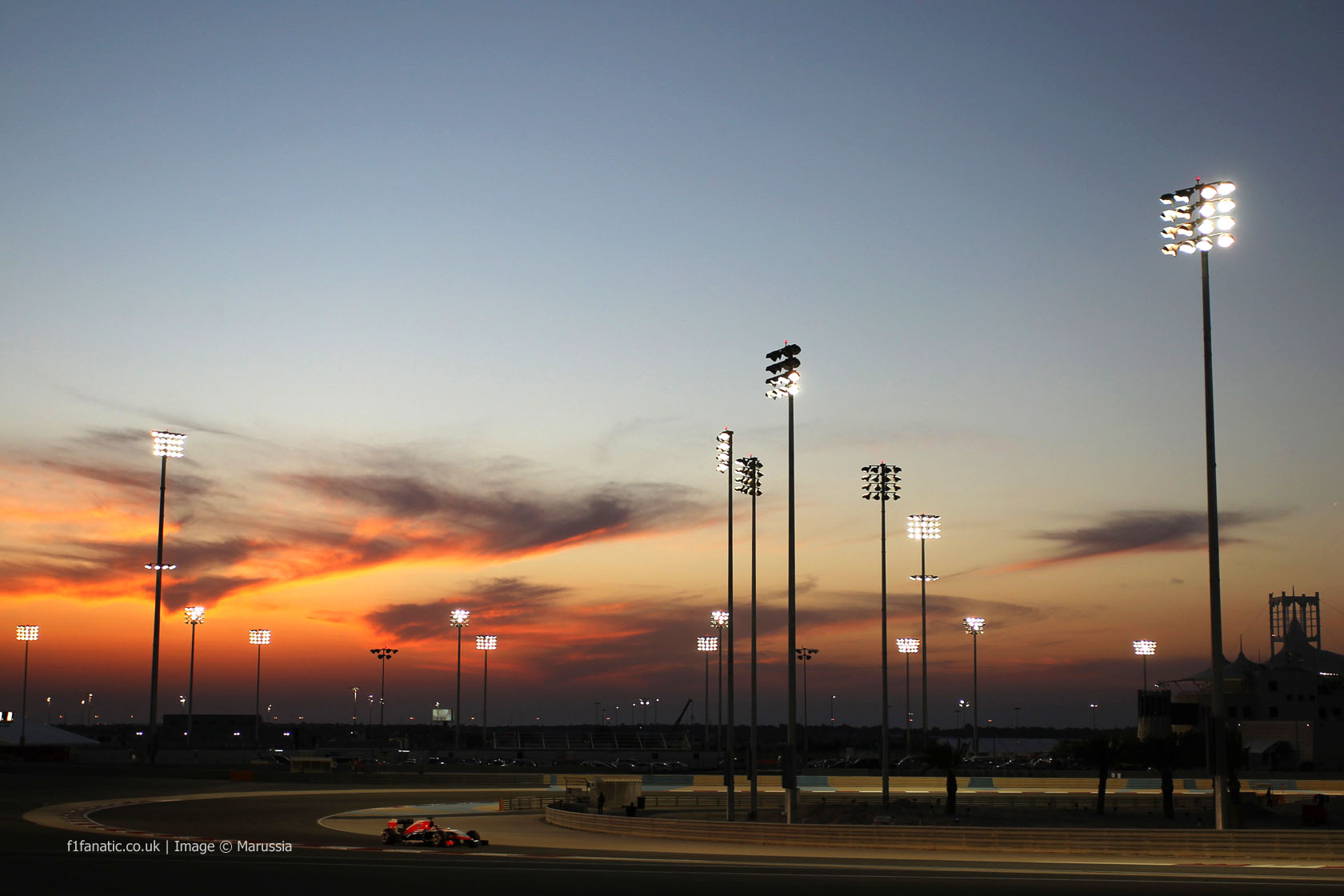 F1 Fanatic Live will be running during the entire Bahrain Grand Prix weekend including the first round of the GP2 championship Look out for the live page on the site during every session and follow all the action with your fellow F1 Fanatics.

As the qualifying session is now being held in the evening, the GP2 feature race will be held before the F1 final practice session.

Here are the details of Sky and the BBC’s coverage of the 2014 Bahrain Grand Prix in the UK:

Please share details of the F1 and GP2 coverage in your area via these links:

Find times for every F1 session this year and all the 2014 race dates with the F1 Fanatic Google Calendar.