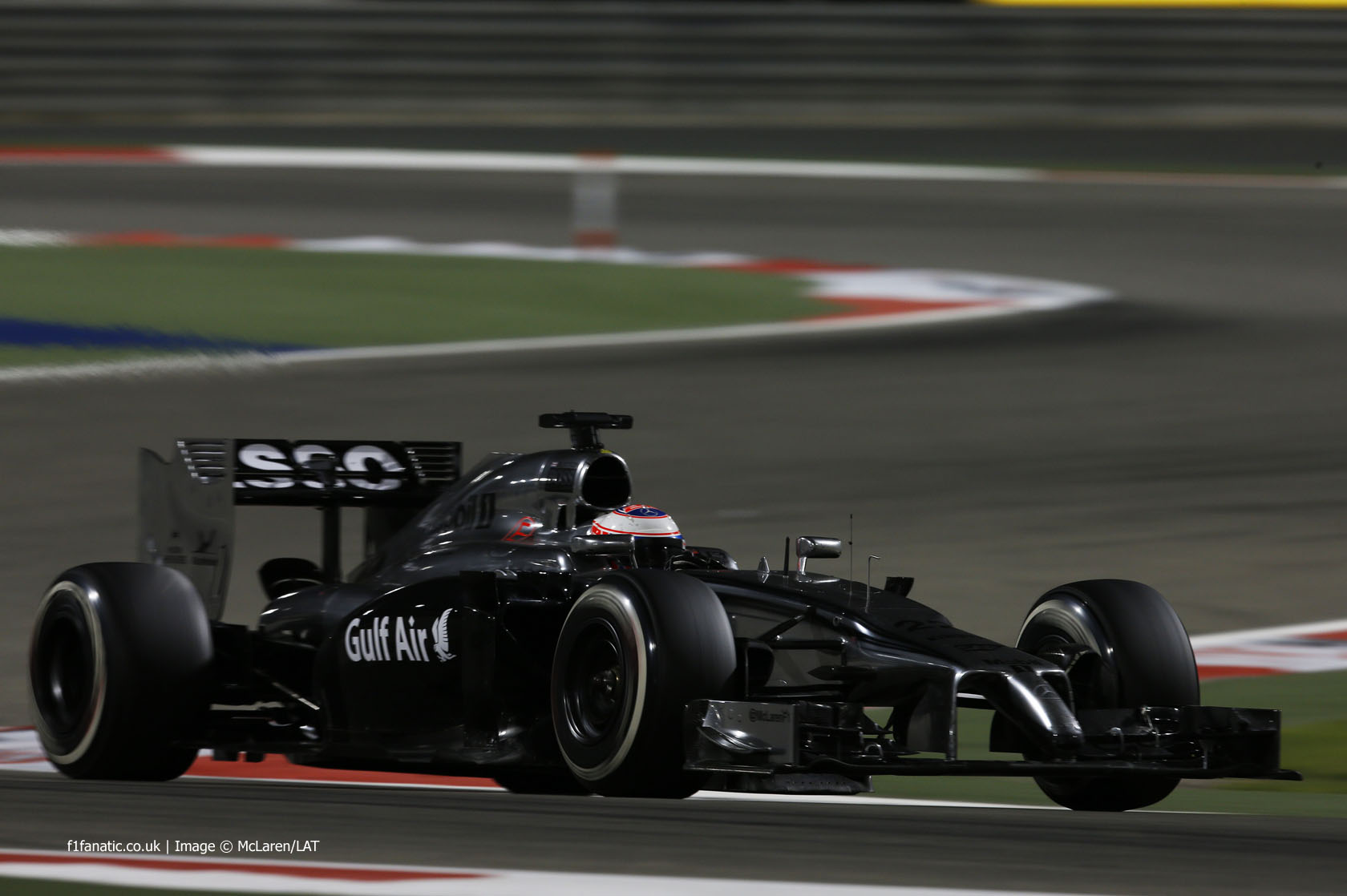 Jenson Button said the Bahrain Grand Prix showed Formula One is just as good as it’s always been under the new regulations.

The new rules have come under fire from several major figures in the sport in past weeks. But the closely-fought Bahrain race saw battles for position throughout the field.

Button was in the thick of the action. “I can’t even remember how many cars I overtook but it was quite a lot,” he said, “and I think it was the same for almost everyone out there”.

“I really enjoyed it, in fact,” he added. “Formula One may have new power units and technical regs this year, but it’s clearly every bit as good as it ever was in terms of on-track spectacle.”

Button retired before the end of his 250th race due to clutch problems – a similar glitch ended team mate Kevin Magnussen’s race. But Button believes the team could have fought for a podium finish.

“In terms of pace, we took a step forward this weekend,” he said. “Our degradation was positive and I think we did a very good job understanding our tyres.”

“Having said that, our long-run pace was very good, especially over the last few laps, so I reckon we could have raced very hard to the finish on the [mediums]. But unfortunately I didn’t get that opportunity.

“It’s tough for all the team, because they all worked really well and really hard. We were set for fifth place at worst and a podium finish at best, and that would have been a very positive outcome for all of us.