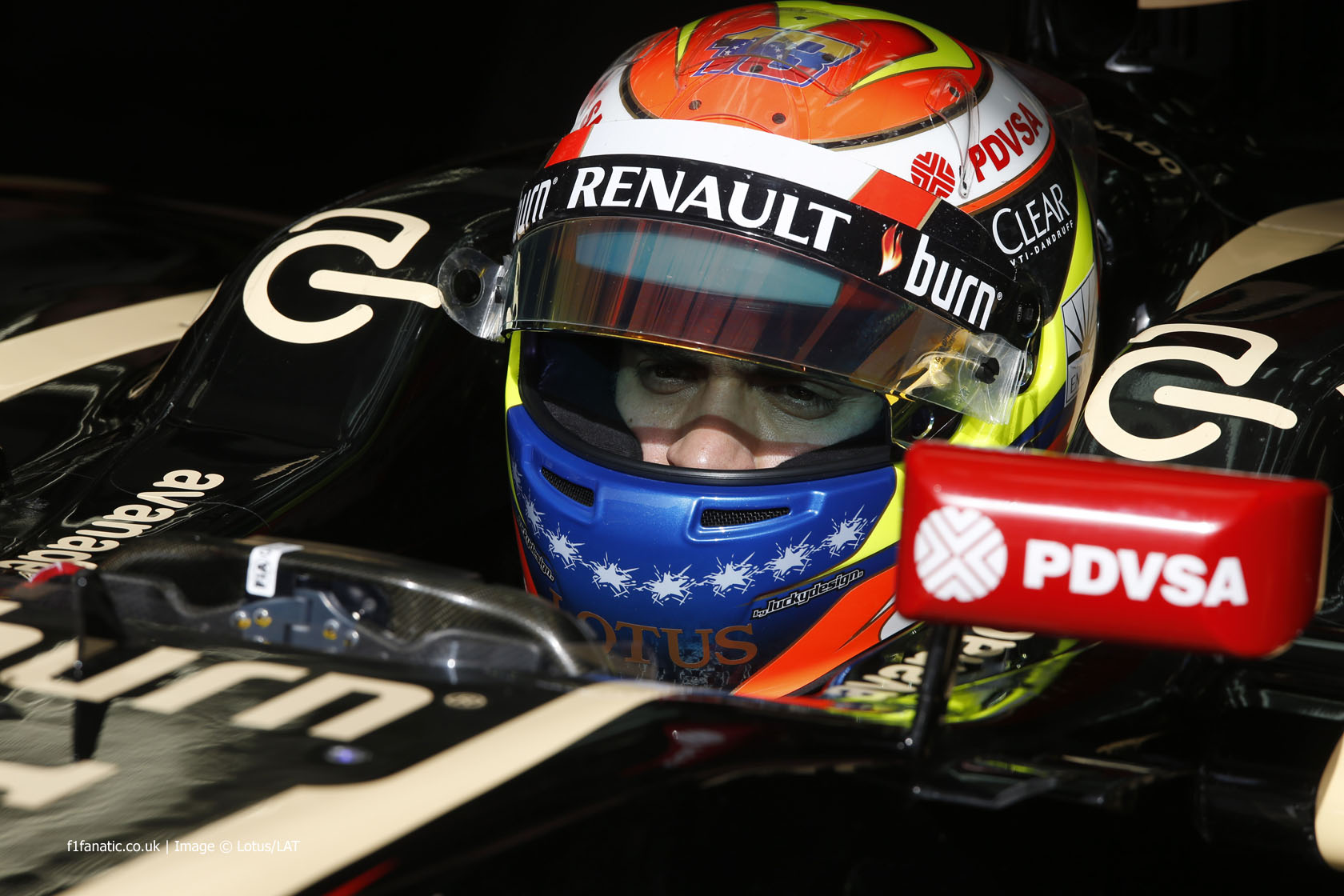 Pastor Maldonado has been penalised three times for his collision with Esteban Gutierrez during the Bahrain Grand Prix.

Maldonado had just left the pits when he hit the Sauber driver, flipping Gutierrez over and forcing him out of the race.

The stewards gave Maldonado a ten second stop-go penalty during the race and two further penalties.

Maldonado will also take a five-place grid penalty for the next race in China. And he has had three penalty points added to his licence.

The stewards also handed two more penalty points to Jules Bianchi for his contact with Adrian Sutil during the race, giving him a total of four for the season so far.

112 comments on “Maldonado given three penalties for Gutierrez collision”