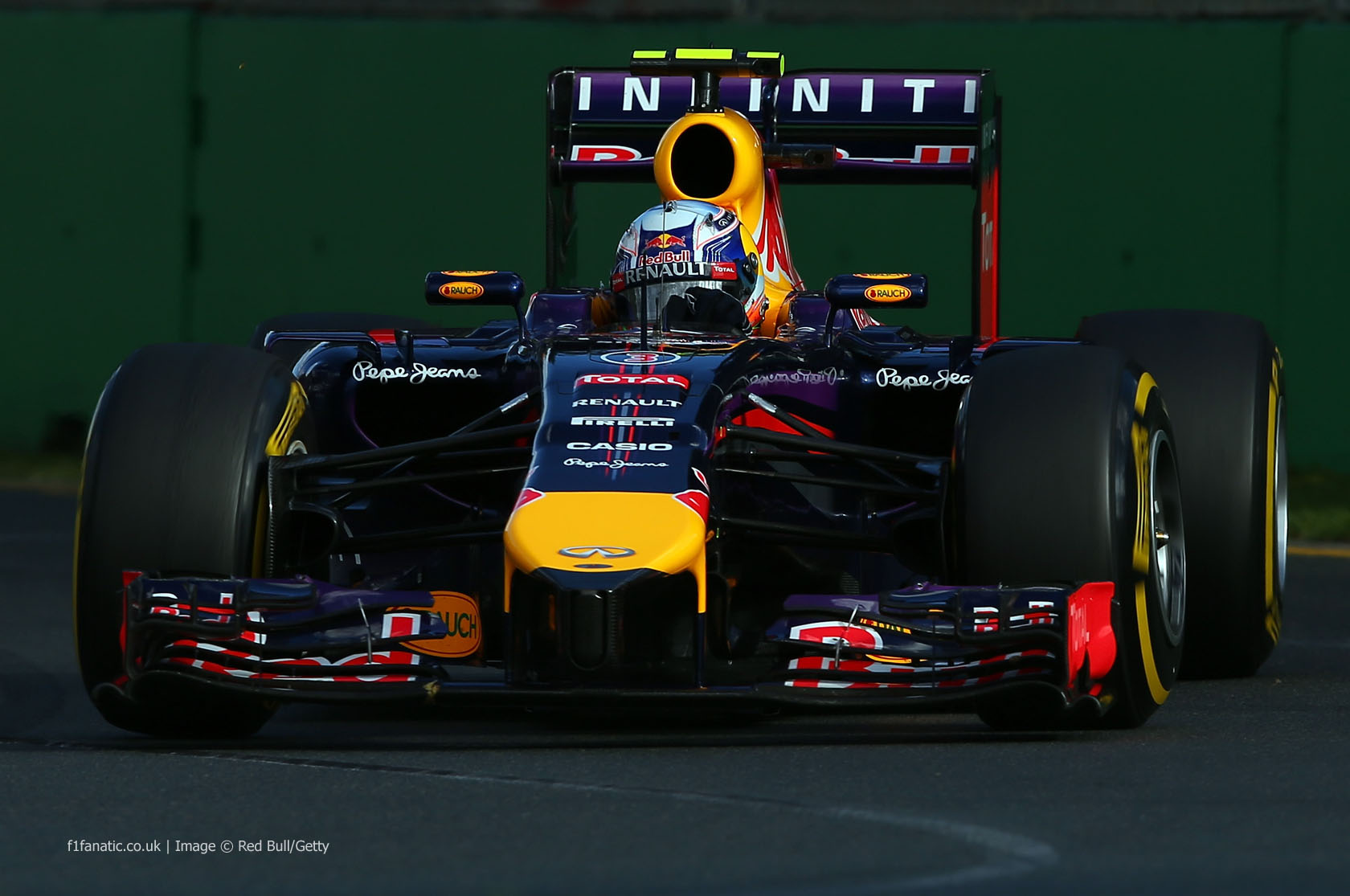 Red Bull have lost their appeal against Daniel Ricciardo’s disqualification from the Australian Grand Prix following a hearing of the FIA Court of Appeal in Paris.

The FIA issued a statement saying: “The court, after having heard the parties and examined their submissions, decided to uphold the decision number 56 of the stewards by which they decided to exclude Infiniti Red Bull Racing’s car number three from the results of the 2014 Australian Grand Prix.

An FIA Court of Appeal was convened yesterday in Paris to hear Red Bull’s appeal.

Red Bull issued a statement saying it accepts the verdict of the court:

“We are of course disappointed by the outcome and would not have appealed if we didn’t think we had a very strong case. We always believed we adhered to the technical regulations throughout the 2014 Australian Grand Prix.

“We are sorry for Daniel (Ricciardo) that he will not be awarded the 18 points from the event, which we think he deserved. We will continue to work very hard to amass as many points as possible for the team, Daniel and Sebastian (Vettel) throughout the season.

“We will now move on from this and concentrate on this weekend’s Chinese Grand Prix.”

Ricciardo said: “It’s disappointing not to get the 18 points from Australia, but if anything it gives me more motivation to get back on the podium as soon as possible.

“I’ve had a few setbacks in the first couple of races this year, but in Bahrain I demonstrated that, if anything, I’m stronger for it and hungrier than ever to get back on the podium. Not that I need any more motivation, I’m pumped!

“I’m still really happy with my performance in Australia and for having had the experience of being on the podium in front of the home crowd. I said that week, I’d rather have a great race, finish on the podium and then be excluded than to have had a rubbish race and then retire with a car problem halfway through.”

The FIA will publish a full reasoning for the verdict later this week.