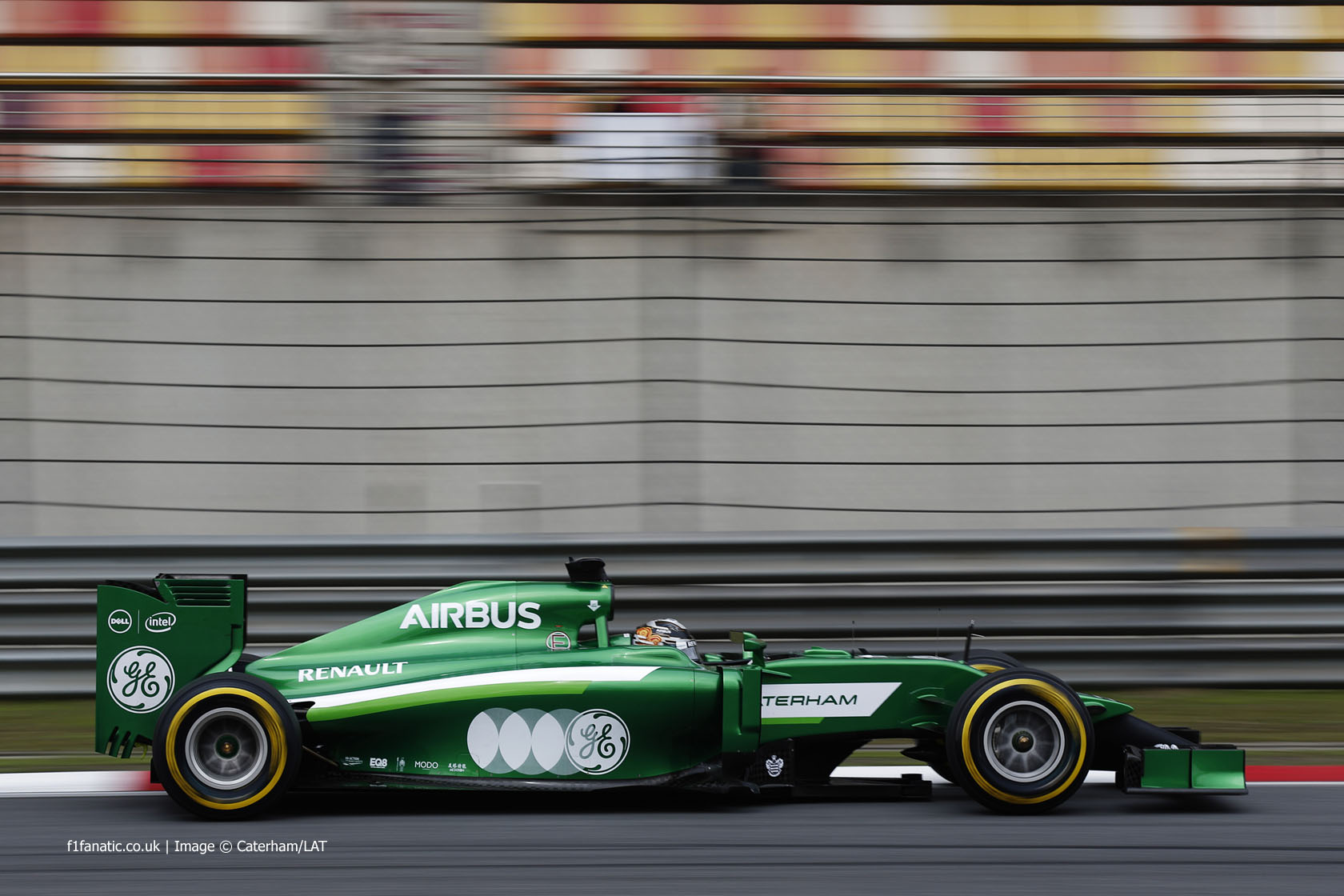 Kamui Kobayashi said he was pleased with his race despite losing a position due to a quirk of the rules.

The Caterham driver passed Jules Bianchi for 17th place on the 56th and final lap of the race. However due to a procedural error the chequered flag was waved a lap early, meaning the race result was taken from lap 54 and Kobayashi was classified 18th.

“Finishing 18th isn’t the final position we’d want,” he sad, “but after a really good battle with Jules I’m relatively pleased with how today’s race went”.

“However, it’s a real shame that my move on him on the last lap now doesn’t count due to the mistake with the chequered flag, something we had nothing to do with.

“We’d had a really good battle for the last few laps of the race and I got him on what was the last lap, until it turned out the chequered flag had been waved a lap too early by mistake – until we found that out after the race it had been good to see what a small victory like that does for the team as it lifted everyone at the end of a very tough first four races of 2014.”

“It was a really good battle with Jules, clean racing,” he added.

“I finally passed him going into the hairpin at the end of the back straight, having feinted left in turn 11 so I had a better run on him onto the straight which set him up for the pass into turn 14.

“As I say, through no fault of our own that result now doesn’t count but we’ll just have to dig deeper in Spain and fight back there.”