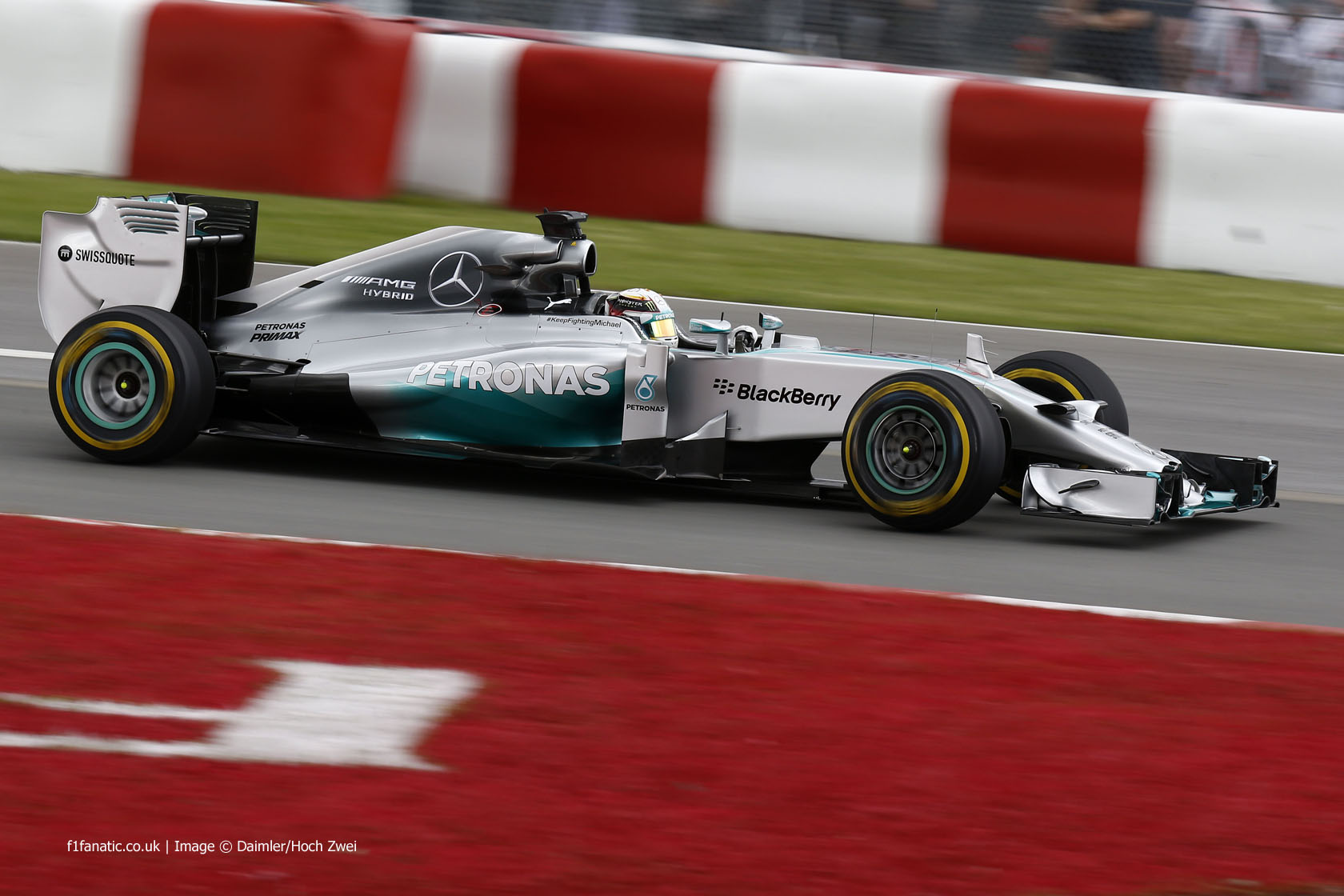 Lewis Hamilton was fastest by almost half a second in the final practice session for the Canadian Grand Prix.

But the two Mercedes drivers were separated at the top of the times by Felipe Massa’s Williams. Neither of the W05 drivers were able to improve their time after switching to the super-soft tyre.

Hamilton posted the quickest lap of the weekend so far on the soft tyre. But despite then improving his middle sector time on the super-softs he was not quicker over the full lap.

Behind Nico Rosberg in third was a trio of drivers separated by four-hundredths of a second: the two Ferrari drivers and Daniel Ricciardo’s Red Bull.

He team mate Sebastian Vettel was only tenth, and near the end of the session was told to return to the pits as the team had identified “some issues” on his car.

The session was red-flagged early on after Esteban Gutierrez spun into the barrier at turn four. The Sauber driver lost control of his car in the first part of the corner and damaged the left-rear of his car as he went in.

After practice resumed Kevin Magnussen had an off-track excursion at the first corner, but didn’t hit anything. He ran wide in the first part of the corner and spun the McLaren across the hairpin.

There was more trouble for Caterham as well, as Kamui Kobayashi came to a stop in his car before the chequered flag came out.