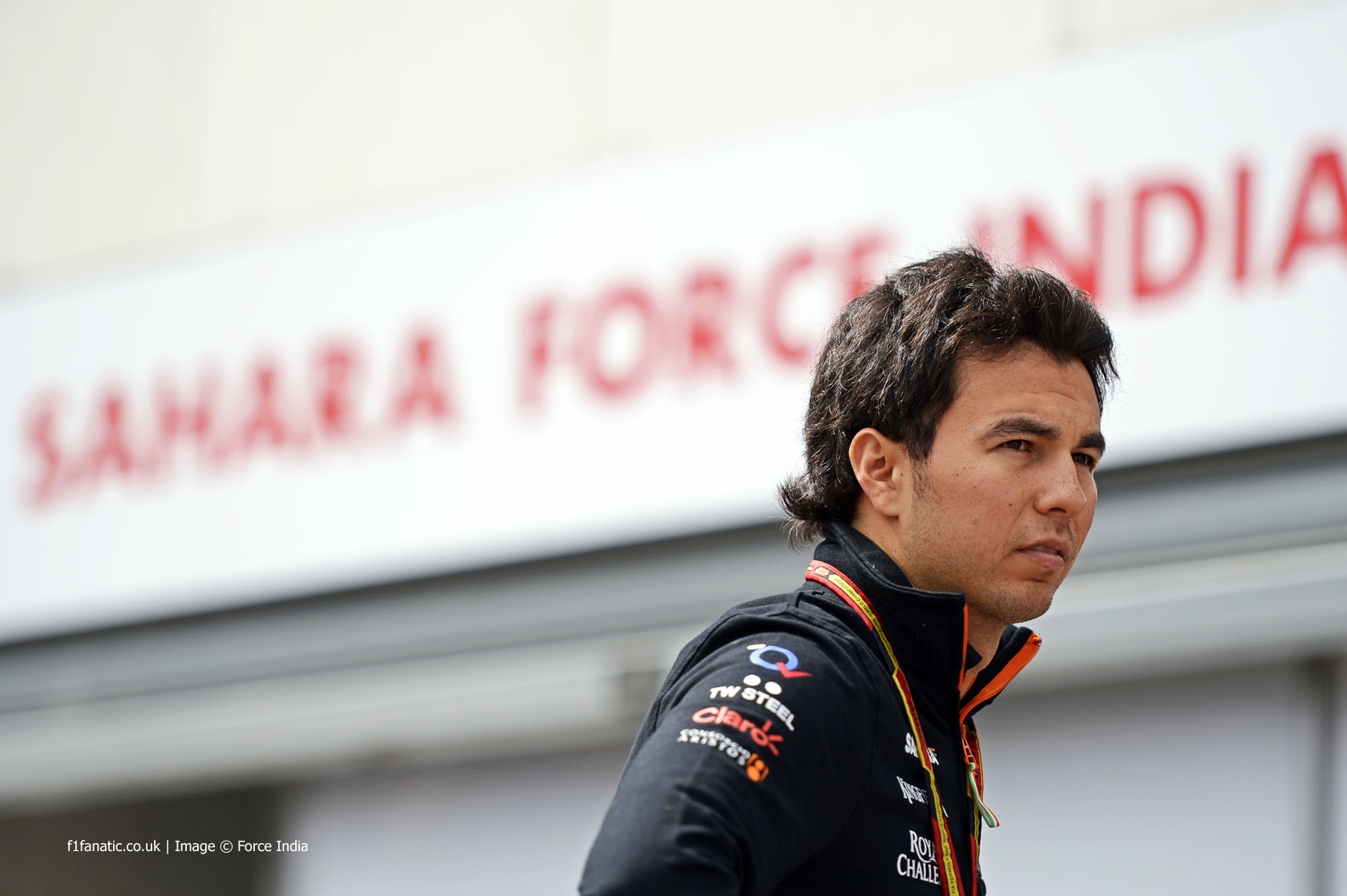 Force India and Sergio Perez have failed in their attempt to get the driver’s five-place grid penalty for this weekend’s Austrian Grand Prix overturned.

They had appealed against the ruling made by the stewards of the Canadian Grand Prix following Perez’s collision with Felipe Massa on the last lap of the race.

But following a new hearing today, during which Force India and Williams presented new evidence, the Austrian Grand Prix stewards upheld the ruling of their Montreal counterparts. They ruled that Perez had changed his line in the braking area and bore responsibility for the collision.

Review of Decision of the Stewards of the 2014 Canadian Grand Prix in relation to the collision between cars 11 [Perez] and 19 [Massa].

The stewards of the Austrian Grand Prix were designated by the FIA, in accordance with article 13.10.1 of the International Sporting Code, to decide if new element(s) existed and if so, to review the matter. The new elements were the verbal evidence of the driver of car 11 (and incidentally, also car 19) and the telemetry presented by Sahara Force India F1 Team. Having considered the new elements including hearing from the team representatives and both drivers, and having reviewed all available video evidence and examined both teams’ and the FIA’s telemetry, the stewards decide that the original decision as handed down in document 44 of the Canadian Grand Prix shall stand.

Reason for the decision

The driver of car 11 contended that the new element(s) evidenced that in defending his position he was exercising his right, under article 20.4 of the 2014 Formula One Sporting Regulations, to use the whole track. However it was clear to the stewards that the defence of his position occurred in the braking area. article 20.4 specifically states that any right to defend by using the whole track must occur prior to any braking area. Accordingly the driver of car 11 was not entitled to defend his position in the manner he did.

All parties are reminded of their right of appeal.