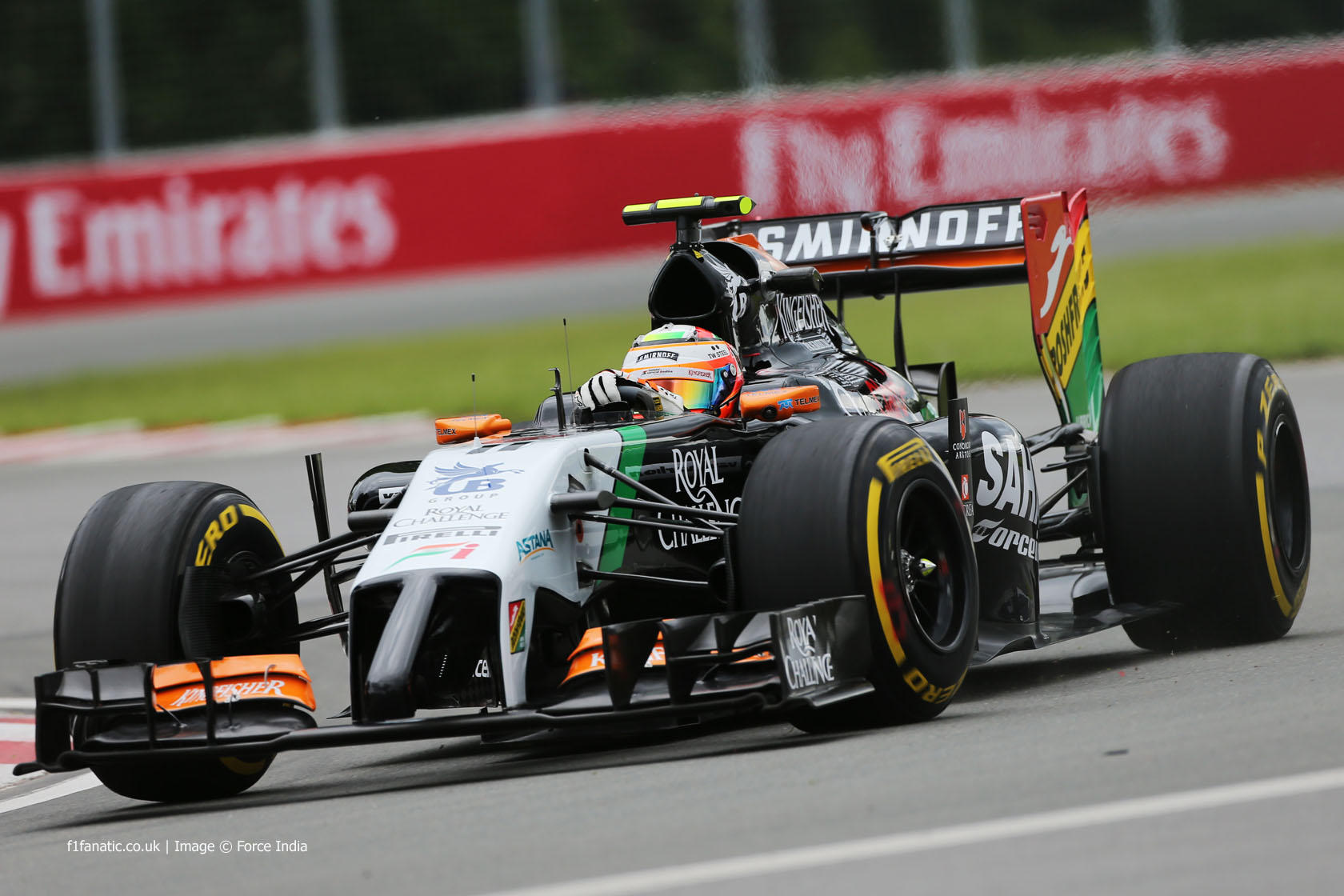 The Austrian Grand Prix stewards have agreed to review the collision between Sergio Perez and Felipe Massa which occurred on the final lap of the Canadian Grand Prix.

Force India requested the review after informing the stewards they had been unable to consult with their driver before the original investigation as he had been taken to hospital for checks.

Perez was handed a five-place grid penalty for this weekend’s race for his role in the accident. Force India also claimed they did not know he could be charged for the accident when they spoke to the stewards in Canada.

Force India made their application for a new hearing under article 13.10.1 of the International Sporting Code, which states that if “a new element is discovered, whether or not the stewards have
already given a ruling, these stewards or, failing this, those designated by the FIA, must meet on a date agreed amongst themselves, summoning the party or parties concerned to hear any relevant explanations and to judge in the light of the facts and elements brought before them”.

Request by Sahara Force India F1 Team for a review under article 13.10 of the International Sporting Code.

Having received a request for a review of the stewards’ decision in Document 44 of June 8, 2014, and having been designated by the FIA to determine this matter, the stewards of the 2014 Austrian
Grand Prix heard from team representatives and the driver of car 11 [Perez].

Further the team submitted that it had now had the opportunity to speak with the driver on the circumstances leading to the incident under review and had been able to consider the relevant telemetry. The team requested that these new elements, namely the verbal testimony of its driver and the relevant telemetry be considered, and that the decision in document 44 be reviewed.

Having considered the matter, in accordance with article 13.10.2, we exercise our discretion and determine that new element(s) exist and therefore a hearing to consider the relevance and merit of the new element(s) will be convened at 1600 hrs June 20, 2014, pursuant to article 13.10.1.

We note for the record that these are exceptional circumstances, namely where the driver was taken to hospital and unable to communicate with his team or attend the hearing, and this determination is not to be considered a precedent.