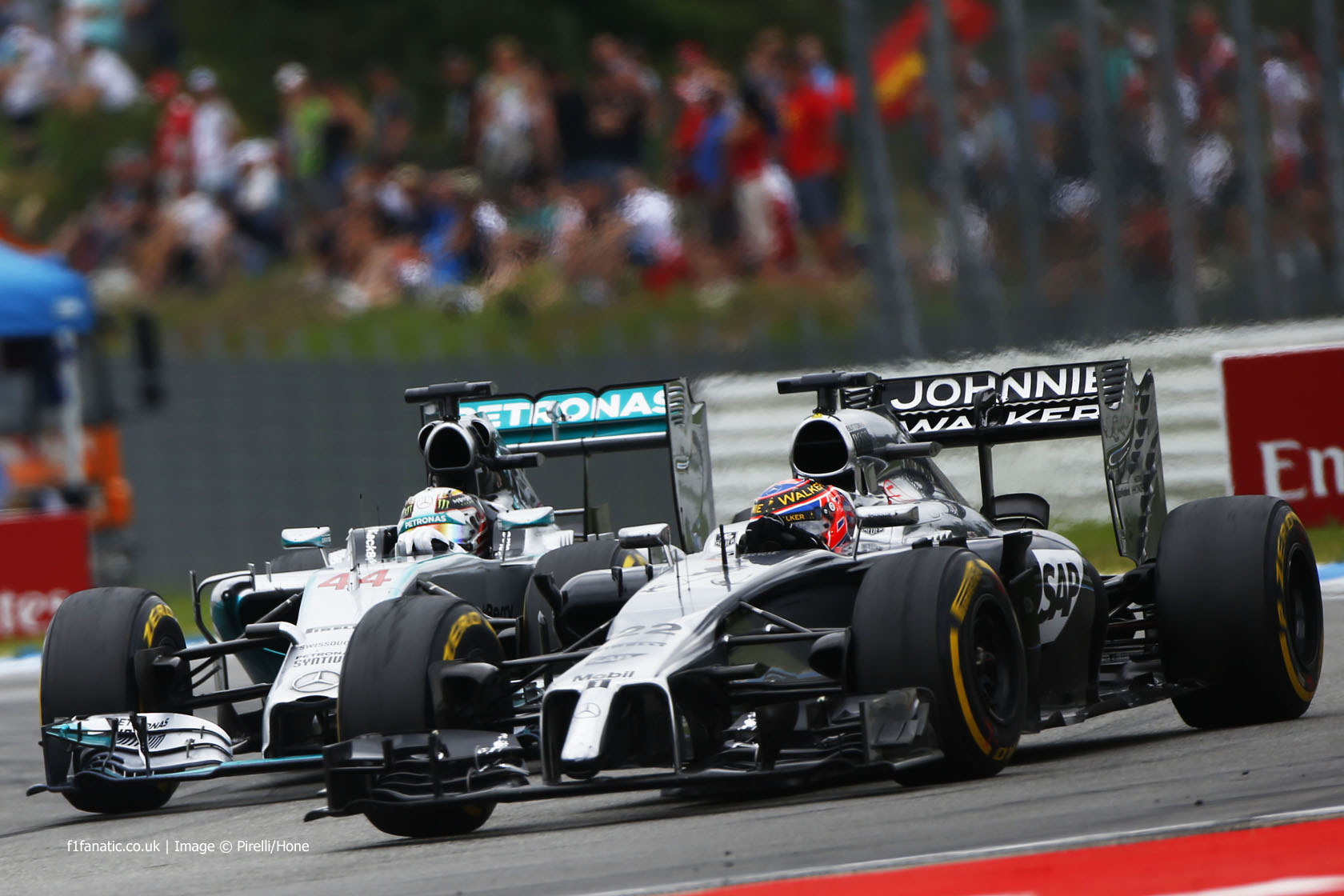 Lewis Hamilton set the fastest lap during the German Grand Prix. But how badly was his car affected by the damage he sustained when he collided with Jenson Button?

Hamilton tangled with his former team mate on lap 30. The contact removed much of his left-hand endplate, but was not thought serious enough for it to be worth the time penalty of replacing the entire wing in the pits.

Although Hamilton was soon able to lap quicker than he had done before the collision, he would have felt the consequences of his front wing damage most severely at the end of stints when his tyres began to fade – particularly the front-left, which takes a lot of punishment at turns one, twelve, sixteen and seventeen.

Another driver who had to battle on with a damaged car was Kimi Raikkonen, who found himself pincered between two drivers on two separate occasions.

“Twice I found myself squeezed between two cars and on both occasions my front wing got damaged and that compromised my race,” said Raikkonen, who said the knock-on effect of the damage was rapidly worsening tyre performance.

“I am sure that, but for these problems, things would have worked out differently and I would have been able to finish in the points.”

All the lap times by the drivers (in seconds, very slow laps excluded):