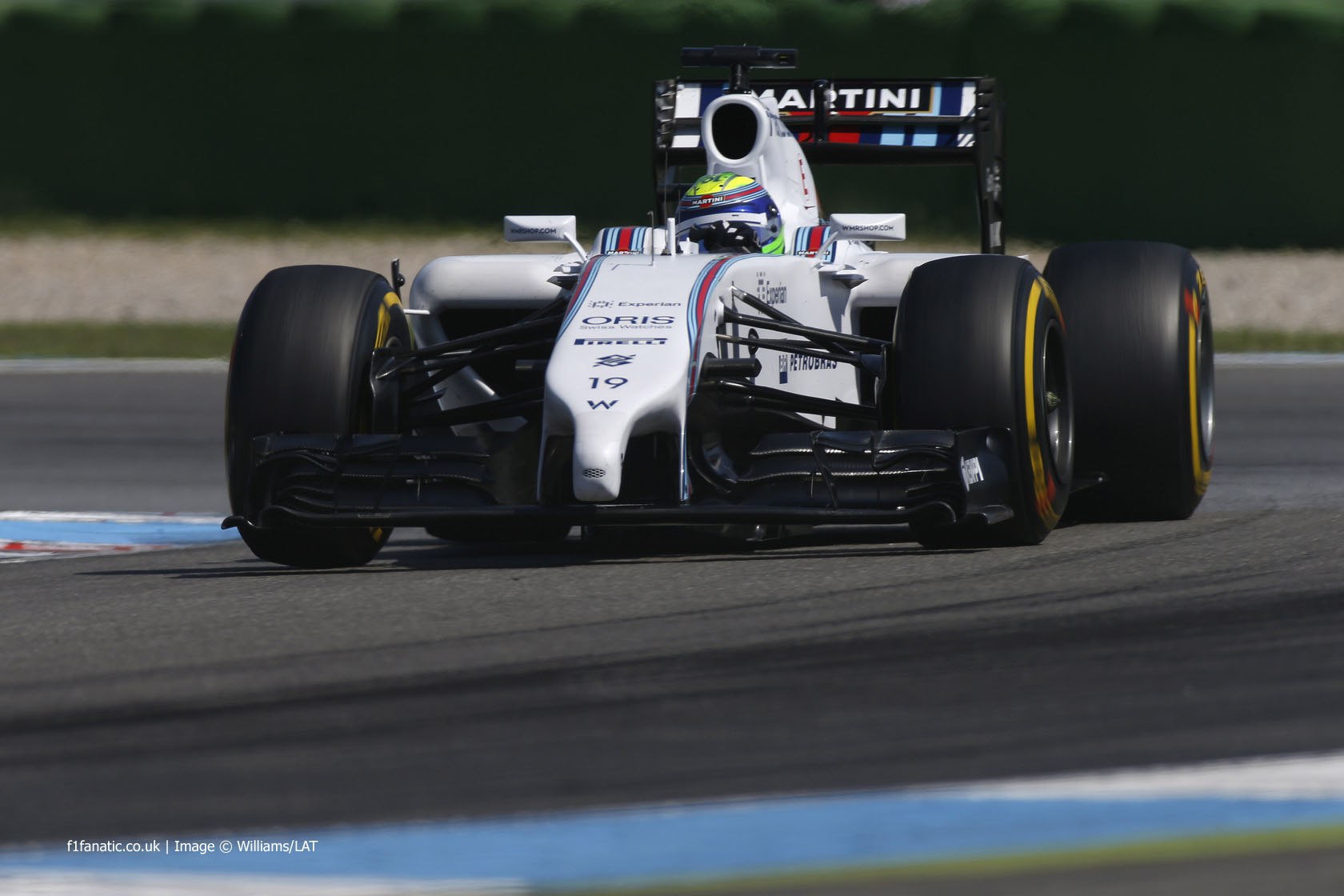 Felipe Massa said Kevin Magnussen could have avoided their collision on the first lap if the McLaren driver had backed off.

The Williams driver was tipped into a dramatic roll at the first corner after the pair made contact.

“Going into the first corner I was near to Valtteri but had to back off to stop an accident, sadly some others didn’t do the same,” said Massa. “I am obviously very disappointed.”

“Luckily I am ok but I am not happy,” he added. “I was in front going into the corner, and so to have another race ended by another driver is not easy.”

“I am doing my best, the team are doing their best, and we just aren’t getting the chances we need.”

Magnussen insisted he did everything he could to avoid the contact.

“I need to see a replay of the accident, but I feel that, if I’d had somewhere to go, then there wouldn’t have been contact with Felipe,” he said. “I did my best to try and avoid the accident, but there wasn’t much else I could do.”

No penalties were issued for the collision after the stewards ruled Massa had been keeping an eye on team mate Valtteri Bottas before the clash with the McLaren.

“The stewards took into account that this was the first turn of the first lap, cars 77 [Bottas], 19 [Massa] and 20 [Magnussen] were entering turn one and it appears [Massa] was concentrating on [Bottas],” they said in a statement.

“There was no intentional turning in by [Massa] on [Magnussen],” they added. “[Massa’s] rear right wheels impacted with the left front of [Magnussen].”

105 comments on “Magnussen should have backed off, says Massa”