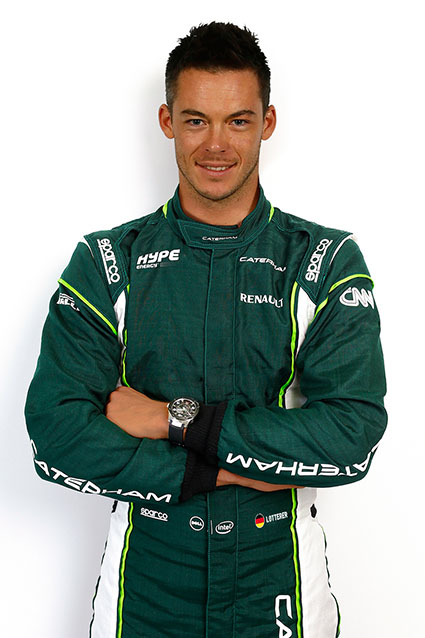 Andre Lotterer will make a surprise Formula One debut in this weekend’s Belgian Grand Prix.

The German driver, who scored his third victory in the Le Mans 24 Hours for Audi earlier this year, will drive for Caterham in place of Kamui Kobayashi.

In a statement on Wednesday the team said it “will benefit from having another experienced driver at the wheel of the car throughout the weekend and the German’s feedback will contribute to improve the performance of the car”.

“The weather also plays a big role at Spa-Francorchamps and Lotterer is one of the most experienced drivers racing under mixed conditions.”

Lotterer said he’s “ready for this challenge and I cannot wait to jump in the car and make the most out of the weekend ahead”.

“I will need to get settled and used to the car quickly, as the team has worked on a number of updates and we will need to have as much time as possible out on track to optimise the car’s performance,” he added.

“I really enjoy racing at the legendary circuit of Spa-Francorchamps, it’s one of my favourite tracks and it’s very close to where I grew up, so this makes the weekend even more special and one to remember.”

Lotterer has raced at Spa twice already this year, driving Audi’s R18 e-tron quattro in the World Endurance Championship six-hour race in May and an Audi R8 LMS GT3 car in last month’s 24 Hours of Spa.

Caterham said the swap is for this race only and Kobayashi “still remains part of the team”.

140 comments on “Lotterer confirmed in Kobayashi’s seat at Spa”