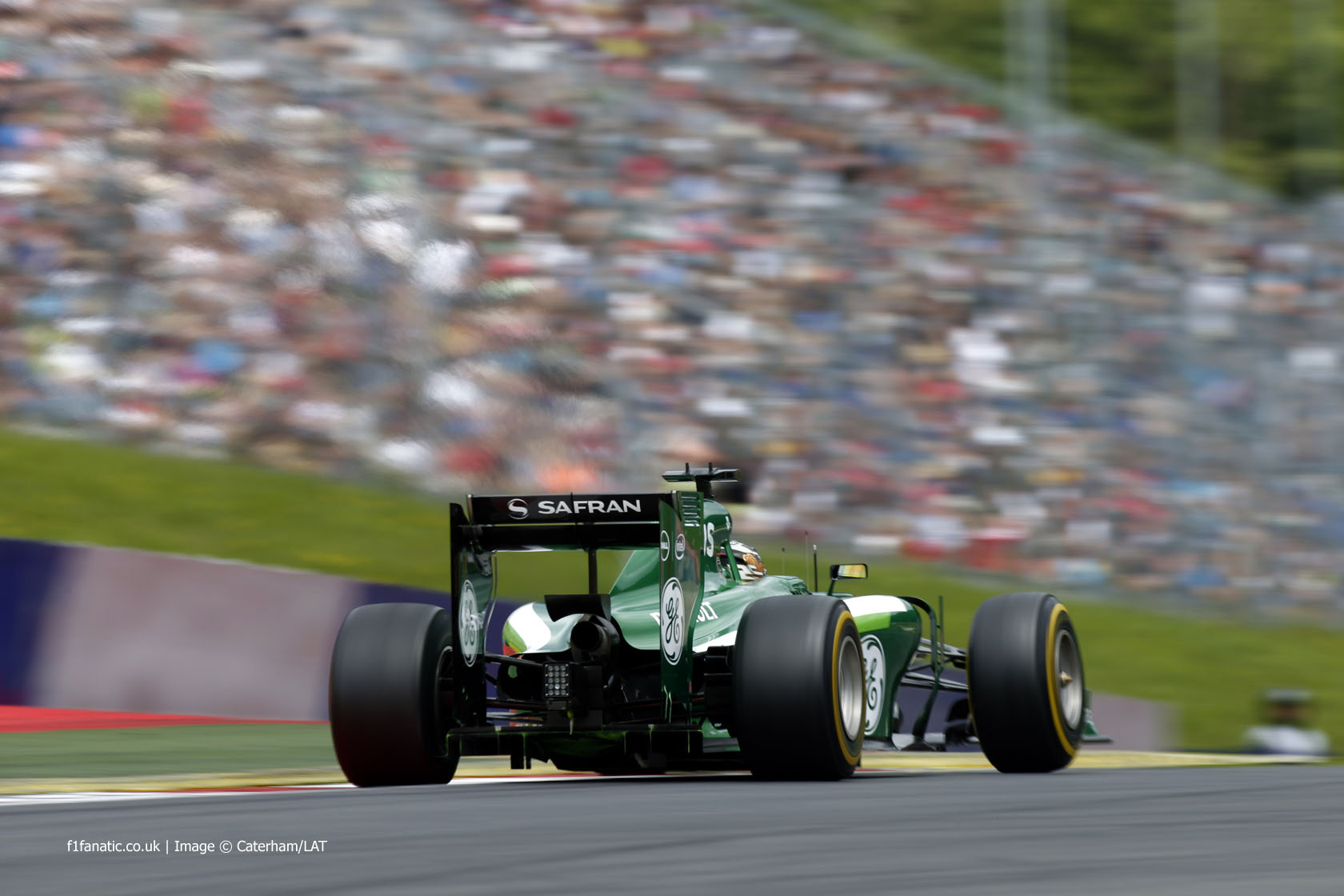 Kamui Kobayashi will return to action in this week’s Italian Grand Prix after his place was taken by Andre Lotterer in Belgium.

Caterham confirmed he will be back in the car from the second practice session at Monza.

“I am working for Caterham F1 Team and I always respect team decisions,” said Kobayashi of the team’s decision to substitute him at Spa. “Now I am back in the car and looking forward to going racing again.”

“We have worked hard as a team and added performance to the car as well as bringing new updates since I last drove in Hungary before the summer break, so I’m looking forward to feeling the updates on track here in Monza.”

Kobayashi’s chassis will be used by Roberto Merhi during first practice as he makes his debut appearance in an F1 session.

The 23-year-old Spaniard won the European Formula Three title in 2011. Having spent two years driving for Mercedes in the DTM he returned to single-seaters this year and is currently second in Formula Renault 3.5.

“I want to thank Caterham F1 Team for this opportunity,” said Merhi, “it’s something I’ve wanted for a very long time.”

“I’ve been working very closely with the team during the last few weeks and I feel ready for this opportunity. Friday is going to be a very special day for me and one I will never forget.”

Merhi made his return to single-seater racing at Monza, finishing second in his first race for Formula Renault 3.5 team Zeta Corse.

“Monza is also one of my favourite tracks,” he added, “I ended up on the podium there earlier this year during my first race of the season in the Formula Renault 3.5 championship, so it’s a circuit that will bring back very good memories.”

He said it was a surprise to finally get the chance to drive an F1 car. “What a year it’s been so far – last Christmas I didn’t really know if I was going to carry on racing and now I’m about to drive a Formula One car!”

“I’m definitely going to make the most out of this weekend in Italy.”

35 comments on “Kobayashi returns as Merhi gets first practice run”