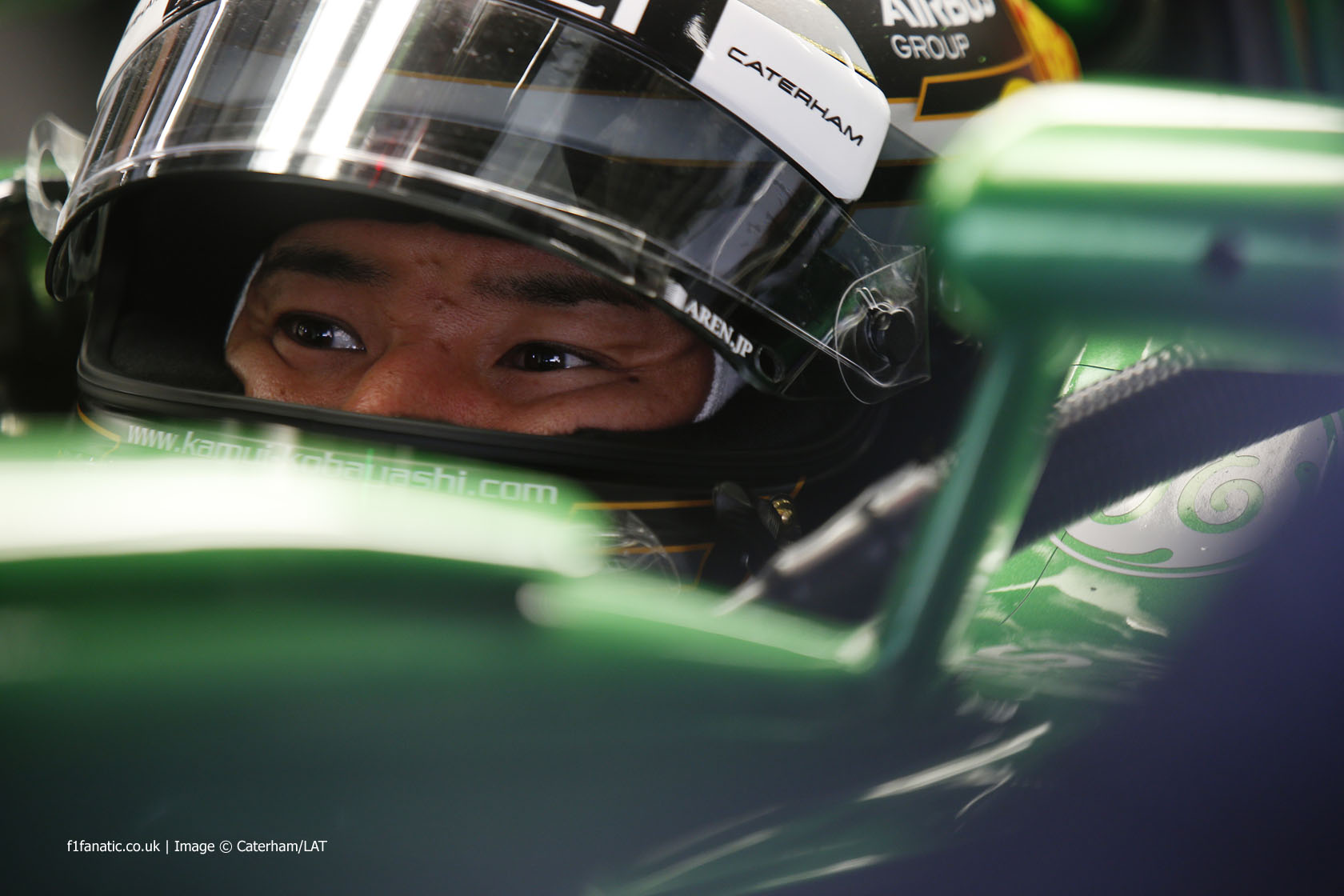 Kamui Kobayashi will compete in his home grand prix at Suzuka this weekend, Caterham have confirmed.

The team will give another practice run to Spanish driver Roberto Merhi, who previously appeared for the team at Monza.

Kobayashi, who took the only podium finish of his F1 career to date in his late appearance at home in 2012, said “I’ve been waiting for this race for over a year”.

“The Japanese Grand Prix and Suzuka have always been very special for me: it’s where I experienced my first F1 free practice sessions back in 2009 and where I also achieved my first ever Formula One podium finish in 2012 and, this year, I am able to come back to Suzuka thanks to the support I received from my fans.

“This means a lot to me and I would like to thank them all once again. I only have positive feelings going into this weekend.

“Unfortunately, this year I have to admit that I won’t be fighting for a podium, but I will do my best to reward my fans with a strong performance in order to thank them for their enormous support – I look forward to meeting them all there.”

Kobayashi missed the Belgian round of the championship when Caterham replaced him with Andre Lotterer.

17 comments on “Caterham confirm Kobayashi will drive at home”